Locast, the non-profit broadcast TV streaming service that's a legal target of major US broadcasters, has turned a corner of sorts, according to founder and chairman David Goodfriend.

Locast, a service that launched in January 2018 and is now available in 25 US markets, has 1.7 million users nationwide. Locast also has enough paid donors in that group for the non-profit to attain operational sustainability, he said. 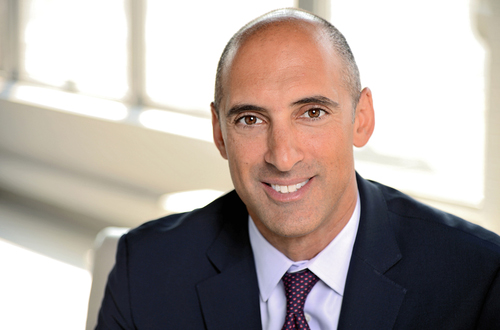 Goodfriend also founder of Sports Fans Coalition NY, the nonprofit that started in 2017 that founded Locast.org.

"We are now able to pay all of our bills and we're able to pay those bills through user donations," Goodfriend explained. "We're not staring down the barrel of bankruptcy and it's only because our donors are really signing up and committing and making monthly contributions  Something really big would have to change for us to no longer be a sustainable operation."

Locast isn't saying how many of its 1.7 million registered users are making regular monthly donations but does acknowledge that the number is certainly below a majority of its overall user base.

Locast, Goodfriend, added, has been following the example of public broadcasting. "From what I understand, our penetration rate of users to donors is very similar to public broadcasting's ratio of viewers to donors," he said. "That means we are on-par with other non-profits in the media space. We don't expect the majority of our users to become donors. Most of them don't."

Locast was set up under the Copyright Act of 1976, which allows nonprofit translator services to rebroadcast local stations without receiving a copyright license from the broadcaster. As such, Locast's geo-fenced streaming service is available for free in its market areas, but urges registered users to donate (starting at $5 per month) to help fund the company's operations. Users that don't pay a voluntary donation see a brief ad every 15 minutes encouraging them to contribute. A similar ad appears whenever a viewer changes channels. 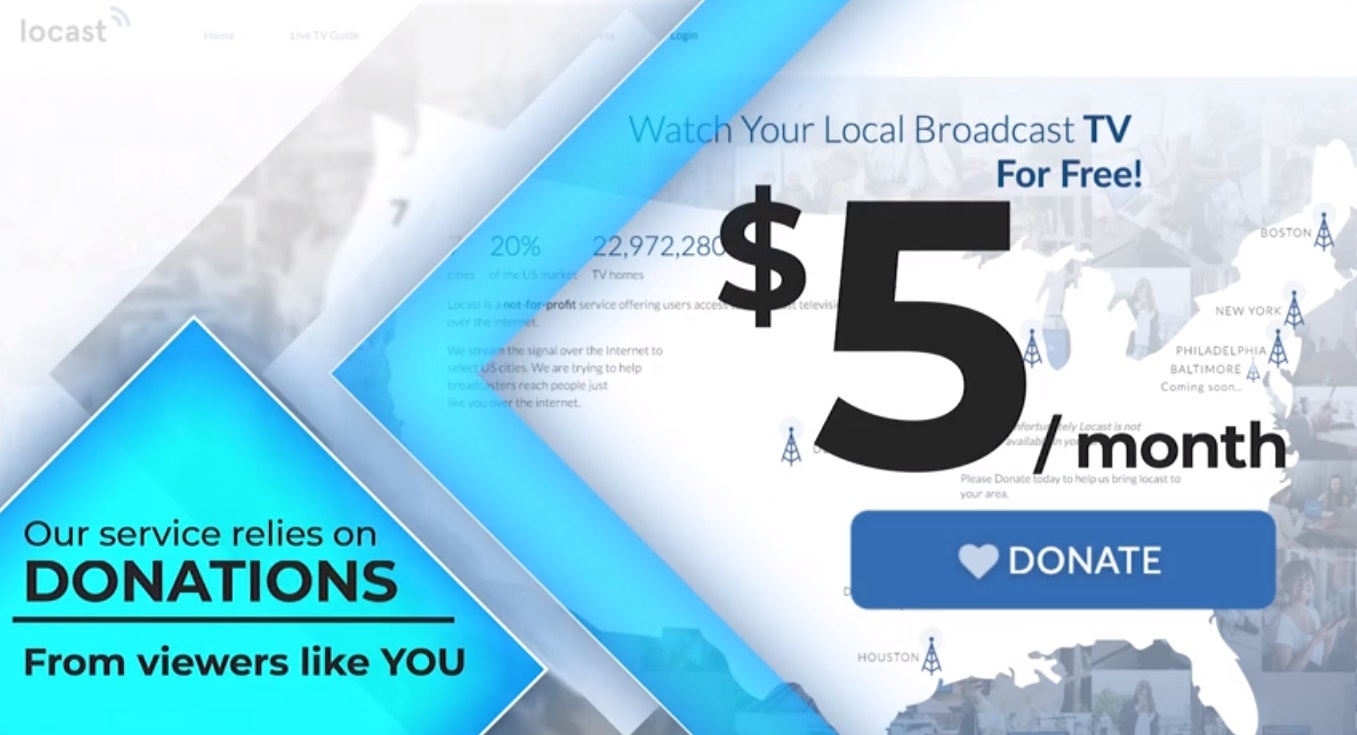 Locast's app seeks individual donations starting at $5 per month, on up to $100 per year. Some one-off donors have set the stage for Locast to launch in smaller US markets such as Sioux Falls, South Dakota.

There's enough donors for Locast to remain a going concern and maintain what Goodfriend calls a "barebones" operation, plus the ability to extend Locast into additional markets.

Locast's capital costs include leasing of real estate so Locast for the physical set-up, which typically includes a digital antenna on the roof, cabling down to the server room, with servers being the costliest component. Locast also pays content delivery network fees to deliver its streams, based on volume, and contractors, such as software developers and customer service reps, to keep Locast operational.

"The good news is we are really getting this down to a routine," Goodfriend said of market deployments. Notably, Locast works with couple of big data centers (Locast isn't identifying them) with facilities around the country that are ideal in the sense that they have roof space within range of local broadcast signals, rack space for servers, and access to power and connectivity.

What Locast doesn't pay are legal bills linked to its fight with US broadcasters. Another non-profit group, the Electronic Frontier Foundation (EFF), has swooped in to help.

"I was worried about that," Goodfriend said of the legal costs required to mount Locast's defense. "They are representing us pro bono, so what could've been the most prohibitively large expenditure and expense is now zero." 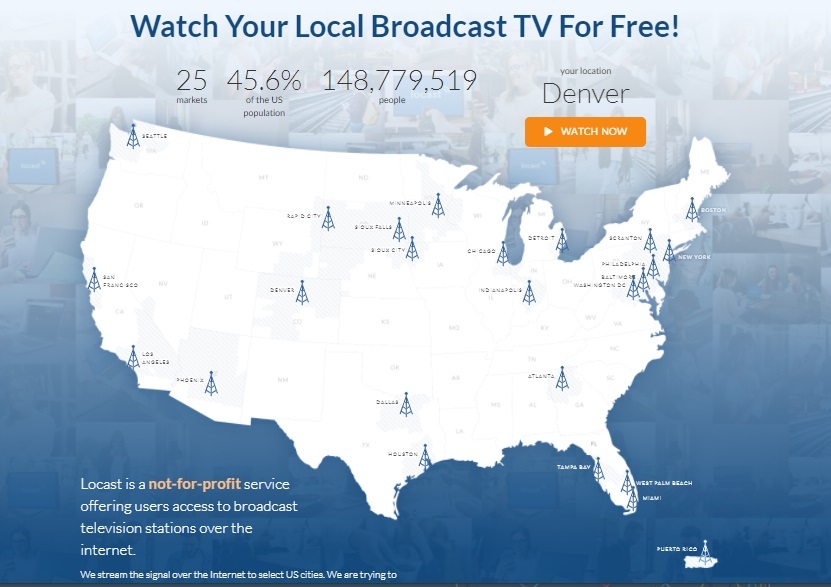 Locast's geo-fenced local TV streaming service is now in more than two dozen markets and has about 1.7 million registered users.

Goodfriend isn't committing to specific expansion numbers heading into 2021, but expects a "steady drumbeat" of new market launches to continue if the current donation trends hold.

"The more support we get the faster and larger the number of new market launches," he said. "There's no way for us to map that out without having some sense of whether people will continue to use the service and continue to donate. I think they will. I'm fairly bullish on our ability to continue our expansion tempo  If we have enough revenue, we'll launch as many markets as possible, as fast as possible."

Locast is funding and plotting its expansion primarily through those monthly donations. While that has helped Locast launch in big cities, some one-off donors backers have helped Locast get its service up in smaller US cities such as Sioux Falls, South Dakota.

AT&T donated $500,000 to Locast in 2019, but declined to follow that in 2020. Goodfriend likewise wonders if that original donation, which some took as a move by AT&T to gain leverage in retransmission talks with US broadcasters, played a big part in sparking the lawsuit.

Bullish on a court resolution

"In retrospect, it might've been more hassle than it was worth," Goodfriend said of the AT&T donation, noting that receiving donations from individual consumers presented a more organic path to economic sustainability. "We burned through that [AT&T] money pretty quickly."

Even as it continues to launch new markets and take on new users, Locast has been facing down a lawsuit lodged by the Big 4 US broadcasters  ABC, CBS, Fox and NBC  alleging that Locast's service violates copyright law by retransmitting signals without authorization.

The broadcasters have also claimed that Locast "is not the Robin Hood of television" but seeking "decidedly commercial purposes." US broadcaster aggression against Locast follows their success in squashing two profit-focused, subscription-based services – Ivi Inc. in 2012 and Aereo in 2014 – that captured local broadcast TV signals and distributed them via the Internet to subscribers.

Locast has called the broadcaster-led lawsuit "objectively baseless" and "an unlawful sham," while also telling the court that some pay-TV providers identified as potential Locast donors ended up pulling back because of intimidation by broadcasters.

The discovery process has continued but a trial has not been set as the timing has been complicated by the pandemic. Goodfriend guesses the case could reach trial by mid-2021.

The broadcasters did not file for a preliminary injunction, so Locast has continued to run the service and reach new markets in the meantime. But Goodfriend is looking forward to resolution. "I'd rather have a ruling from the court so that we can have some certainty ... I think we're going to win."

Goodfriend also denies characterizations by broadcasters that he's out to feather his own nest with Locast.

"I have not taken any money out of this operation to pay myself. I have not made a dime," he said. "What motivates me is doing something big and important and helpful to people, and that's what makes this such a great project."

Goodfriend acknowledges he still has some connections to Dish, a company that has more than a few TV retransmission battles under its belt. But Goodfriend characterizes Dish as a "small client" in his law and lobbying practice. He did, at one point, ask Dish chairman Charlie Ergen if he, his company or his foundation would be willing to contribute to Locast. "The answer was no, no and no," Goodfriend recalled.

"To me, the more doorways in the better," Goodfriend said. However, platforms such as Roku and Fire TV, rather than integrations on Dish and DirecTV receivers, are what's driving Locast usage, he added. "These are places where total cord-cutters go."

Though Altice USA CEO Dexter Goei has shared some words of encouragement about Locast, the bulk of Locast's support from the pay-TV world tends to come from much smaller operators.

"Why? They want to get the hell out of the video business altogether," he said. "They are upside down on video because the programming costs are more than what they can generate in revenue."

While a few small operators have backed out of pay-TV, others have deemphasized video and/or partner with OTT-TV providers to instead focus on their higher-margin broadband services.

Locast has also received some support (occasionally in the form of access to a local receive facility) from some small, independent "must-carry" broadcasters that don't get retrans revenue and rely heavily on cable and satellite for viewership.

"As cord-cutting happens, they have very few ways to finding an audience online. We provide that," Goodfriend said. "The small players love us; the big players hate us, and that's just the way I like it. The small players and the consumers are helped by Locast. Big media and big cable is not."

How video analytics can kickstart the edge opportunity for telcos
Telco, media and entertainment, and training and certification
Kaizen Gaming modernizes service development with microservices on Red Hat OpenShift
Evolving CDNs to keep pace with capacity, quality, and efficiency demands
Preparing for the future of cable
More Blogs from CxO Spotlight
Vantiva CEO on life after the Technicolor separation and spin-out