HBO Max activations gained ground in the fourth quarter of 2020, but the momentum was offset by the continued erosion of AT&T's pay-TV business.

Meanwhile, subscriber gains from AT&T's expanding fiber-to-the-premises (FTTP) footprint were a bright spot in the quarter. However, they were darkened a bit by a dim view from CEO John Stankey that network neutrality rules will likely return under the new Biden administration.

HBO Max, the supersized subscription VoD service launched nationally last May, made strides in Q4, as activations roughly doubled to 17.2 million during the period. WarnerMedia finished 2020 with 41.5 million HBO Max and HBO subs in the US, a 7 million-sub net gain for the year that was the best for HBO in about a decade, the company said. 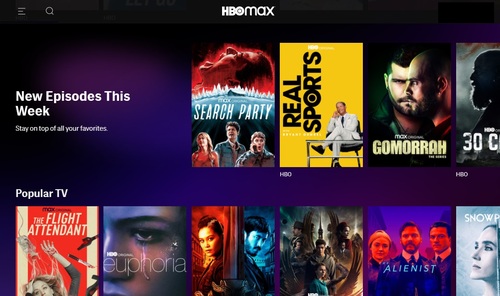 Stankey said WarnerMedia is on target to launch an ad-supported version of HBO Max in the second quarter of 2021 and to start expanding HBO Max to international markets later this year.

Stankey would not speculate on how the decision to premiere all 2021 WarnerMedia movies on HBO Max and in theaters concurrently would generate subs for HBO Max. However, he does not expect to see the kind of HBO Max subscriber spikes seen in December and January following the release of Wonder Woman 1984.

He also spent a good chunk of time defending the decision on WarnerMedia's 2021 movie slate, calling it a "bold and aggressive swing."

On the pay-TV front, AT&T lost 617,000 "premium" TV subs (DirecTV satellite and U-verse IPTV), improving on a year-ago loss of 926,000. AT&T chalked up the slower rate of loss to improved churn and a focus on higher-value customers.

AT&T recently halted the sale of AT&T TV Now, converging all of its OTT-TV efforts under the AT&T TV pay-TV streaming service. Meanwhile, AT&T is reportedly getting close to selling a minority stake in the struggling DirecTV business to TPG.

Pleased with the 34% penetration rate it's been driving, AT&T will stay aggressive with its FTTP buildout. Stankey said the plan is to build out 2 million more FTTP residential locations this year, and set the stage to do even more as fiber is extended to the middle third of the company's base.

"If the team executes well, we can do more than 2 million and start to ramp that up," he said.

But Stankey doesn't see AT&T being overly aggressive with fiber in the more rural, final third of its footprint, "absent some kind of major subsidy construct that comes into play." Notably, AT&T was a no-show in phase I of the FCC's recent Rural Digital Opportunity Fund (RDOF) auction.

The AT&T exec is also starting to brace for a return of network neutrality and Title II rules under the Biden administration, viewing it as a fait accompli.

Such rules were rolled back at the FCC under the Trump administration. "I think it's inevitable," the rules will come back under Biden, he said.

"We'll go through another regulatory bloodletting over this. I expect that to happen [and] we're going to watch the cycle repeat itself," he said, arguing that such rules attempt to solve a problem that doesn't exist.