Latching on a lower-cost, sports-free pay-TV service to its mix of video options, Google Fiber has locked in Philo as an official "streaming partner" alongside Google's own YouTube TV service and fuboTV. 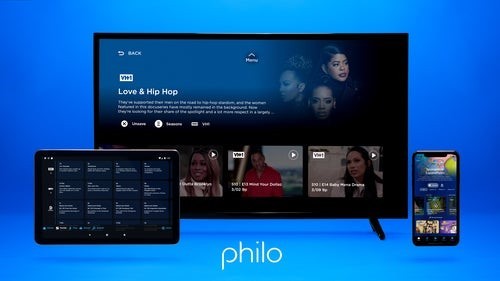 Philo, which has more than 750,000 subscribers, has also hooked up with WideOpenWest and Consolidated Communications.

While YouTube TV and fuboTV deliver somewhat traditional-sized pay-TV packages, including access to local broadcast channels in many instances along with major sports channels, Philo is a lower-cost pay-TV service (starting at $20 per month) focused on general entertainment programming from networks such as Discovery, A&E, AMC, Food Network, Hallmark Channel and Comedy Central.

The addition of Philo helps to round out the kind of contract-free pay-TV offerings Google Fiber is promoting, adding a more affordable option for non-sports fans. Philo is also being added as Google Fiber's two other promoted options  YouTube TV and fuboTV  recently raised rates. Google Fiber has not announced the financial terms of those OTT-TV partnerships, including whether they center on revenue shares or a one-time financial "bounty" for any new streaming customers that come through its doors.

"The past few months have made the choice and control that streaming provides even more critical," Liz Hsu, director of product strategy at Google Fiber, explained in this blog post that updates the unit's pay-TV strategy. She noted that Google Fiber has seen a 35% boost in traffic in recent months as consumers worked and schooled from home.

Per company data compiled late last year, 81% of Google Fiber subs use an OTT video service regularly and almost 60% own a streaming media device. The study also found that more than 84% of Google Fiber customers pay for some type of streaming service.

Good times
The tie-in adds to some recent momentum at Philo, which been enjoying a growth spurt that started prior to a pandemic that put a temporary kibosh on televised live sports.

Philo, launched in November 2017, announced earlier this month that its sub base has passed 750,000 and that it has been riding a 300% rate of growth over the past year. Its baseline $20 per month service features about 60 channels, a VoD library and a cloud DVR. Philo has also notched similar partnerships with ISPs such as WideOpenWest and Consolidated Communications.