Subscription streaming services are still gaining ground, but consumers are also being drawn to a group of free, ad-supported streaming TV (FAST) services that typically feature smaller advertising loads than what they'd encounter on traditional TV.

Several large companies have been drawn by the FAST allure as it's become clear that the general entertainment SVoD streaming category has effectively been locked up by Netflix, Amazon Prime Video, Disney's Hulu and Disney+, CBS All Access (becoming Paramount+ on March 4), Discovery+, and NBCUniversal's Peacock. 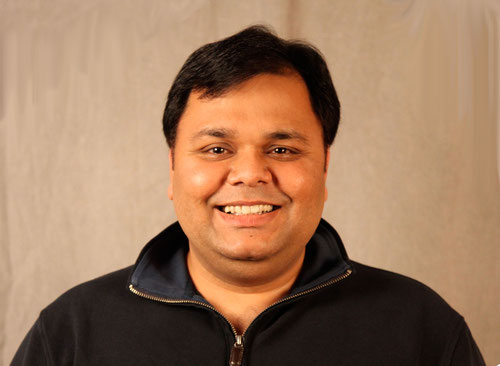 On the FAST end, Comcast snapped up Xumo last year. Fox Corp. has put Tubi under its wings. ViacomCBS is making hay with Pluto TV (acquired by Viacom in 2019 for a cool $340 million). The Roku Channel is now a hot property and a critical growth engine for Roku. Amazon has taken a stab at the category with iMDB TV. NBCU's Peacock fits into both FAST and SVoD, as it's a hybrid that offers a completely free, ad-supported streaming service alongside two premium subscription tiers.

That doesn't leave much room for an independent company to make its mark in the FAST market. However, DistroTV, an independent service launched a couple of years ago, is taking a shot at it using a business model that, it believes, will give it a much needed edge.

That model centers completely on advertising revenue shares and doesn't include any upfront costs or fixed SaaS (software-as-a-service) fees, according to founder and CEO Navdeep Saini.

"We help [partners] essentially build a streaming channel from the ground up  and then stream it on DistroTV," Saini says. "We can also stream it on their own websites. We can syndicate it to other streaming platforms, if they so choose."

DistroTV now delivers a lineup of more than 150 streaming channels via the web and a wide range of apps for several of the most popular TV-connected streaming platforms. Examples of channels include Reelz, Stadium, Outside TV, Magellan TV, Popular Science, EuroNews, Newsy Top Stories, World Poker Tour, Lone Star, as well as politically charged news channels such as Newsmax and OAN. 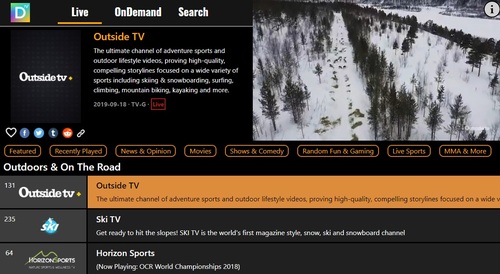 The origins of DistroTV, a B-to-C offering, track back to DistroScale, a B-to-B company founded in 2013 that has developed a home-grown backend that enables media companies and other partners to monetize and publish content on the web and on OTT apps. DistroScale also offers a syndication capability for content partners looking to distribute on other FAST services.

That overall approach puts the company in competition with several segments of the FAST market. From a direct-to-consumer standpoint, DistroTV plays against the likes of Pluto TV, Tubi and Stirr, a free streaming service from Sinclair Broadcasting. Additionally, the platform and managed services angle represented by DistroScale also pits it against a company such as Wurl.

Already in the black

So, how's it doin'? Saini declined to provide any specific usage figures, but says DistroTV viewership has quadrupled in the past six months, and watch time is up more than 8x. The company is also profitable and has not taken any outside investment, he adds.

"We're an anomaly in this space, basically," Saini says, noting that DistroTV's initial focus is on audiences in the US, Canada and the UK.

As for 2021 priorities, DistroTV will focus on driving usage and getting its app on smart TV platforms from the likes of Samsung, LG Electronics and Vizio.

Saini says the company will also look to expand the business by helping newspapers, magazines and others without a streaming presence develop and launch their own channels without a heavy technology or financial lift. DistroTV, Saini says, can effectively ingest their content, stitch it into a channel and plug it all into the company's dynamic ad insertion systems.

Examples of that handiwork include Chopper Town (docs and shows for motorcycle enthusiasts) and Lone Star (nostalgic western movies).

"The number of streaming channels will explode," Saini says. "That's where I see the opportunity."