Walt Disney's streaming engine continued to hum along in the company's fiscal Q4 as The Mouse saw subscriber gains across its direct-to-consumer OTT offerings.

Disney+, a premium streaming service launched a year ago, added about 13.2 million subscribers in the quarter, extending its tally to 73 million worldwide. That total far surpassed Disney's expectations for the first year of Disney+, CEO Bob Chapek said. 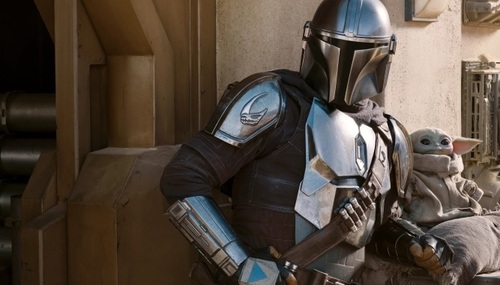 A big question heading into the next quarter is how well Disney+ does holding onto subs that were obtained through a year-long promotion with Verizon.

A study from MoffettNathanson found that about 18% of Disney+ subs accessed the OTT service through a promotional offering with Verizon as of Q3 2020. The recent debut of season 2 of The Mandalorian, a series set in the Star Wars universe, was no doubt timed to keep those Disney+ subs on the hook.

Hulu also saw gains, as its SVoD only service now has 32.5 million subs, up 27%, year-on-year, while its live TV offering ended Q4 with 4.1 million subs, up 41%. The average revenue per user of Hulu Live ticked up 22%, to $71.90, thanks to a blend of price increases and higher per-subscriber advertising revenues.

Disney's direct-to-consumer and international segment saw revenues climb 41%, to $4.8 billion. Losses at the unit dropped to $580 million from $751 million a year ago due to improved results at Hulu and ESPN+, but offset by higher rollout costs for Disney+ and a drop in revenues from Disney's international TV channels.

Those quarterly results follow a recent reorganization at Disney's media and entertainment business, designed to accelerate a direct-to-consumer strategy that has been given a jolt by the fast growth of Disney+.

Disney and other media giants with cable networks in their portfolio are pivoting toward direct-to-to-consumer (DTC) offerings amid the ongoing decline of pay-TV.

Disney's DTC business is a bright spot as other parts of its business, including its theme parks unit, continue to get hammered by the pandemic.

Overall Disney revenues dropped 23%, to $14.7 billion, with an estimated overall impact of COVID-19 on the quarter of $3.1 billion and $7.4 billion for Disney's full fiscal year.

Speaking on Thursday's earnings call, Chapek blasted a decision by California Governor Gavin Newsom to keep the Disneyland park closed, likely at least through the end of 2020.

"We are extremely disappointed that the State of California continues to keep Disney closed despite our proven [safety] track record," Chapek said

Disney CEO Bob Chapek annihilating California govt, specifically @GavinNewsom for not letting Disneyland open given what they have been allowed to do in Florida, just after mentioning Disneyland Paris was now closed too $DIS

dont think we have ever seen such venom from Disney