Comcast execs continue to drop hints that they might extend the reach of Flex, their free streaming/smart home platform for broadband-only customers, outside the cable operator's traditional service footprint.

"Right now, it's working great within footprint, but we're building out plans beyond that," Dave Watson, CEO of Comcast Cable, said on today's Q4 2020 earnings call when asked about the out-of-foot potential for Flex. 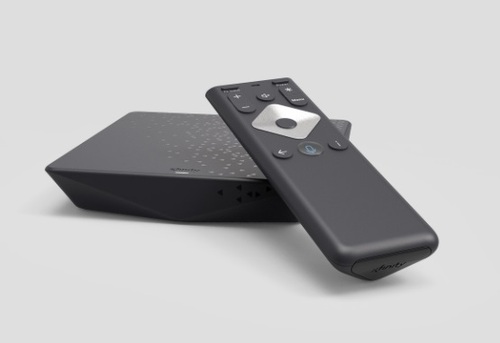 The "next phase" of Flex's journey is to size up long-term opportunities for the platform, Watson explained, noting that work on a common software stack is already underway with Sky, the UK-based media and pay-TV company Comcast acquired in 2018.

"The whole articulation of the company's strategy with broadband, [content] aggregation and streaming is embodied inside Flex," added Brian Roberts, Comcast's chairman and CEO. "I think we'll have more to talk about throughout the year."

Comcast has already expressed interest in extending the reach of its X1 software stack to smart TVs on a global basis, with reports that Comcast and Walmart are in talks to develop, distribute and promote smart TVs equipped with software and apps developed by Comcast.

Notably, the current in-footprint approach for Flex keeps the offering out of major markets such as New York and Los Angeles and crimps its ability to compete more directly with leading retail streaming platforms such as Roku, Amazon Fire TV, Android TV and Apple TV/tvOS, as well as operating systems from smart TV makers such as Samsung and LG Electronics.

Comcast turned in another big quarter for broadband, tacking on 515,000 residential subs in the quarter, improving on year-ago gains of 424,000, and extending its grand sub total to 28.35 million. Comcast added 1.97 million residential and business broadband customers for the full year.

"Broadband is the cornerstone of what we do," Roberts said.

Watson said the almost 2 million net broadband customer adds in 2020, a year marked by the pandemic, was "a unique moment." He believes Comcast can still grab more market share and grow the business this year. Analysts, though, expect the rate of broadband subscriber growth to slow down in 2021

Roberts also weighed in on the postnatal regulatory impact of the Biden administration, which is widely expected to direct the FCC to pursue the re-instatement of network neutrality rules that were rolled back under the Trump administration.

"Our view is ... strongly felt that the long-standing light-touch regulation has worked," Roberts said. "We do believe in net neutrality; we're not going to discriminate, block , throttle  If there's a way to codify that and perhaps put this issue into permanence, a more consistent place, that's certainly a possibility."

The company attributed the sequential subscriber improvement to the ongoing integration of mobile into the core cable operation and reprioritizing mobile in its sales channel.

Comcast is also eager to take advantage of a revised MVNO agreement with Verizon that will enable Comcast to broaden its range of offerings and acquire customers more profitably. Comcast, which today offers unlimited data and By-the-Gig plans for Xfinity Mobile, did not elaborate on how it might alter its pricing and packaging options under the new MVNO deal.

"The piece parts are in place and we have momentum, and [mobile] is a strategic part of the bundle," Roberts said.

Watson shed a bit more light on Comcast's plan to use the CBRS spectrum it recently won at auction. The plan, he said, is to build on the Verizon MVNO and Comcast's Wi-Fi network with a "third layer" of wireless infrastructure that could supplement coverage in dense, high-traffic areas.

Comcast also participated in the just-completed C-band auction (and has already conducted some tests in the C-band), but the FCC has yet to announce the winners.

The erosion of Comcast's pay-TV sub base continued as the company lost 227,000 residential video customers, widened from a loss of 133,000 a year ago, to end the quarter with 18.99 million. Comcast lost 1.29 million residential pay-TV subs for all of 2020.

Comcast appears content with those losses as it focuses on profitable customers and the use of Flex with broadband-only subs.

"Our video strategy is centered on profitability. We do not chase unprofitable video subscribers as we can now offer Flex for free to those that prefer a streaming-only entertainment option," Comcast CFO Mike Cavanagh said. 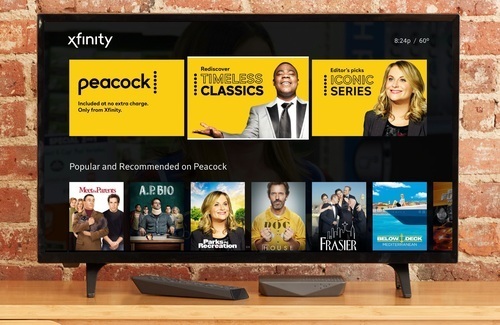 Peacock, NBCUniversal's streaming service launched nationally last July, has surpassed 33 million signups. NBCU still does not break down how many Peacock signups are for the ad-supported, free version of the service and how many are for one of its paid tiers.

Peacock generated revenues of more than $100 million in 2020, with EBIDTA losses approaching $700 million. Comcast reiterated that EBIDTA losses for Peacock for 2020 and 2021 combined will total roughly $2 billion.

Meanwhile, it's clear that ad-supported forms of Peacock, not the completely ad-free version of the service, will be at the center of the strategy.

"Peacock is primarily an AVoD [advertising video-on-demand] service," Jeff Shell, NBCU's CEO said, noting that the service has exceeded all internal targets despite the postponement of the 2020 Tokyo summer Olympics, an event that NBCU had hoped to use as a springboard for the new OTT service.

Moving forward, Peacock will be included in NBCU's TV business following a reorg that combines the company's broadcast, cable network and streaming properties, and aims to sell them as one unified platform to advertisers.