Some significant personnel changes are afoot at CableLabs, as long-time chief technology officer Ralph Brown will retire from the organization in August. There's also been a changing of the guard at Kyrio, the for-profit, wholly owned subsidiary of the Colorado-based cable industry R&D organization.

CableLabs confirmed that Brown, who has also been serving as SVP of research at development there, will be retiring in August after more than 17 years with the organization. Brown will continue to head up CableLabs's R&D staff during this time.

Belal Hamzeh, currently VP of wireless technology at CableLabs, has been promoted to CTO, focused on the organization's long-term vision (three to eight years out), and report to Phil McKinney, CableLabs said. Hamzeh joined CableLabs about six years ago after more than seven years at Intel, most recently in the role as chief product architect focused on 3G and 4G/LTE standards.

CableLabs said the search for a new chief research and development officer is already well underway. 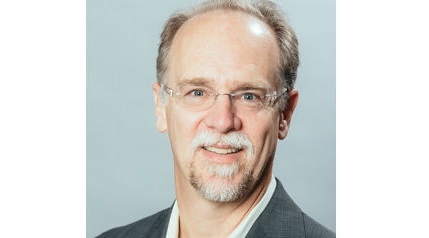 Brown says he's retiring from CableLabs in August amid a decision to 'shift gears and take lift at my own pace,' but plans to stay connected to the cable industry and its engineering community.

As CTO and head of R&D, Brown has focused on technology areas spanning HFC and PON networks, wireless, software and security, as well as technology-related policy issues. He has also been on board at CableLabs during the evolution and advancements of DOCSIS, a technology that has underpinned the cable industry's IP/data platform, and is now setting its sights on symmetrical 10-Gig speeds over HFC. (See CES 2019: Cable's 10G Tech 'Will Work'.)

Brown joined CableLabs after serving in engineering executive roles at [email protected] (the MSO-backed JV formed in the early days of cable modem services) and at Time Warner Cable, where he contributed to the MSO's Full Service Network trial in Orlando, Fla., that pioneered digital video as VoD and other interactive services and paved the path to TWC's Pegasus program. (See Now That's A Set-Top!.)

Brown "has served as a mentor to many, and we are incredibly grateful for his many years of service at CableLabs," a CableLabs official said.

Brown, a 25-year industry vet, confirmed that he'll be retiring from CableLabs in August, but won't be retiring in the truest sense of the word, noting that he still plans to take an "active part of the community, just in a different form."

In another personnel-related move at CableLabs, Ike Elliott, the organization's chief strategy officer and SVP of strategy, has added the role of president of Kyrio, a wholly-owned, for-profit subsidiary of CableLabs formed in 2012 that was previously known as NetworkFX.

Elliott, an exec late of Level 3 Communications and Unity Business Networks, succeeds Mitch Ashley, the former GM and president of Kyrio, who also served as VP of information technology at CableLabs for a time. CableLabs confirmed that Ashley is no longer with CableLabs. As of February 2019, Ashley is CEO of Converging Network LLC, a Thornton, Colo.-based company focused on providing security, networking and product development expertise, according to his LinkedIn profile.