Mark Dzuban: A Decade at the Helm of SCTE

"I have another mission for you."

That's the way Mark Dzuban recalls how Tony Werner, then the CTO of Comcast Corp. (Nasdaq: CMCSA, CMCSK), approached him in 2008 about taking the helm of the Society of Cable Telecommunications Engineers (SCTE) , the industry standards and training organization that was in search of a new leader... and a fresh approach.

Werner noted that Dzuban had experience in cable (they both worked together at AT&T Broadband) and in science and technology (Dzuban is late of Bell Labs), and had some success with startups such as Cedar Point Communications, a VoIP tech pioneer. 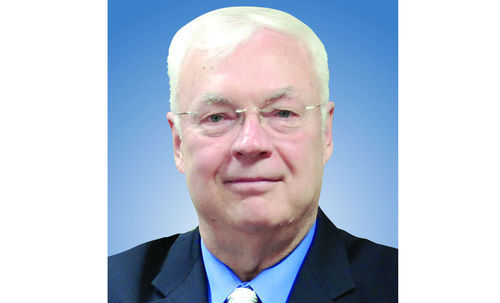 Now the cable industry wanted Dzuban to take a leadership role at SCTE and to help maintain and expand the organization's relevance. Plus, cable leaders wanted the new SCTE head to establish clearer definitions between SCTE and other industry organizations such as the NCTA (now known as the NCTA  The Internet & Television Association ) and CableLabs , while also developing more collaboration with those groups.

And he'd need to put a fresh set of eyes on Cable-Tec Expo, the industry's annual tech-fest, reinvigorate SCTE's standards efforts, and move the needle on SCTE's membership base. There was a lot to be done... and plenty for Dzuban to think about.

Within another half hour, Dzuban remembers taking a call from Mike LaJoie, then the CTO of Time Warner Cable. "You need to do this," he told Dzuban.

The full court press was on.

Following a process that spanned some six months and the vetting of what was said then to be nearly 100 candidates, Dzuban took the SCTE job in early 2009, and has been at the helm ever since. (See Dzuban's the Man.)

"It was a good process," Dzuban says, recalling that it involved talks with a broad mix of C-level industry execs. "It was rigorous, there's no question about it. I've been in the military and served in Korea and grew up in a lot of enterprise [situations] and did work with TCI and John Malone and cable franchising, so the challenge certainly was not something I was afraid of. I just wanted to understand what it was."

And Dzuban, who endured a health scare that caused him to miss the 2016 Cable-Tec Expo in Philadelphia, has no plans to hang up his spurs anytime soon. He's committed to leading SCTE through the end of 2025.

Before taking the SCTE gig a decade ago, Dzuban "thought about retirement several times, and said it's not for me," he explained. "I thought [SCTE] was not only a good fit, but I love the business, and thought I could contribute. It was an opportunity to really work on programs [I enjoy] and could execute on them."

And plenty has changed under Dzuban's watch.

In addition to transitioning the organization from primarily focusing on field engineering to acting as the industry's applied science arm, he has greatly boosted SCTE membership -- it's up past 19,000, compared to about 14,000 when the pursuit of Dzuban began.

SCTE, which hired its first CTO in 2010 and will be celebrating its 50th anniversary in June, has also launched a new training development program called Cortex. The program implements a micro-version of the computerized BAT (Basic Attributes Test) training techniques that the US Air Force uses for training. SCTE has also broadened its international presence (the International Society of Broadband Experts, or ISBE, is its global brand); shored up and expanded its standards program; and moved into such areas as energy management, the Internet of Things and a relatively new working group for the Generic Access Platform for standardized nodes; and, very recently, locked in the organization's first patent. (See Why SCTE Is Plunging Into Patent Pool and Using a Lego Approach to Cable Node Upgrades .)

SCTE's new ten-year plan includes a focus on Cable-Tec Expo, which will be held in New Orleans this year before toggling primarily between Denver and Atlanta in the years to come. It's also working on training for cable's newly branded "10G" initiative, as well as a follow-up to its Energy 2020 program that will pursue a new set of goals for 2025. (See CES 2019: Cable's 10G Tech 'Will Work' and SCTE Unveils 10-Year Plan .)

Next page: Dzuban reflects on the past decade and what's ahead for SCTE