2019 marked another tumultuous year for the cable industry.

While broadband was firmly cemented as the primary business of the industry, cable operators grappled with video cord-cutting by managing the rate of pay-TV subscriber losses or, in extreme cases, exiting the pay-TV business altogether. Meanwhile, mobile became a bigger cog in the wheels of business as MSOs either deepened their involvement or made a grand entry into the wireless game.

And, for good measure, the term "cable" continued its journey toward irrelevance.

While it's a bit much to cram everything important that happened during the year that was into one piece, below is Light Reading's curated roundup of the tech-related news and trends that mattered -- or Cable's Greatest Hits of 2019: 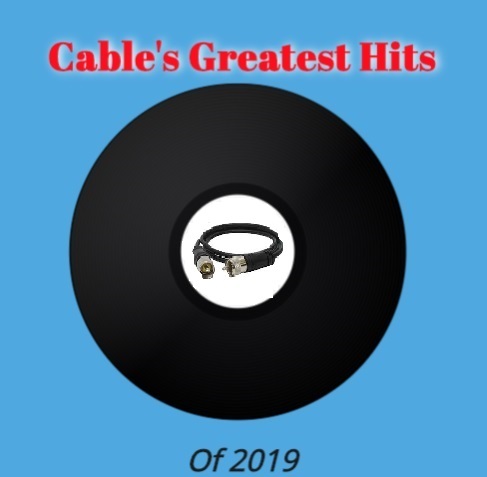 '10G' emerges to tamp-down the 5G hype
After NCTA CEO Michael Powell hinted at the idea in the fall of 2018, the cable industry went all-in on "10G," a somewhat contrived initiative focused on the pursuit of future access networks that will be capable of delivering symmetrical speeds of 10Gbit/s and adding more security to the network. 10G became so official as to have its own logo and tagline, not to mention a new Light Reading ebook:

Although 10G, an initiative announced amid the noise of CES, was partly aimed to counter the 5G hype, it's also being positioned as a complement with respect to the wired backhaul needs that 5G will require. And 10G will be an initiative with some legs since it will be years before it becomes a commercially deployable reality. (See When will cable need 10G? and Cable Industry Gets Behind '10G' .)

The rise of DOCSIS 4.0
Even though 10G will focus on a range of access networks -- HFC, FTTP and wireless -- cable saved some of that love for the HFC piece of that network, as CableLabs started its pursuit of DOCSIS 4.0. In addition to supporting multi-gig speeds -- up to 10-Gig and possibly beyond that  DOCSIS 4.0 will support low-latency capabilities. It also puts an end to the debate over whether next-gen DOCSIS products will support Full Duplex DOCSIS (FDX) -- an approach favored by Comcast -- or Extended Spectrum DOCSIS -- a path that seemingly all other operators are expected to follow -- as 4.0 is being designed to handle both options. (See DOCSIS 4.0 ends cable network feud, The Road to DOCSIS 4.0 and CableLabs Kicks Off Pursuit of DOCSIS 4.0.)

Chaos cuffs the cable access market
While 10G and DOCSIS 4.0 were feel-good stories about the future, they also distracted from the present-day realities. As those technologies and initiatives are well out on the horizon, it likewise gives cable operators plenty of time to mull over how and when they will get there using new distributed access architectures (DAA) and network virtualization.

Since DOCSIS 3.1 provides plenty of pop in the interim, this delay about where to go next has slowed cable network spending and had a detrimental effect on some vendors that bank on the cable access market to be a bit more predictable and stable. Meanwhile, there's been disruption elsewhere as Cisco halted spending on FDX tech, CommScope wrapped up and began to integrate its acquisition of Arris, and rumors circulated about Intel possibly selling the unit that makes DOCSIS chips. (See Cable Infrastructure Spending Slogs Through Another Tough Quarter, Cable's access network market descends into disruption and chaos , Cisco halts investment in Full Duplex DOCSIS and Intel Sizing Up Sale of Home Connectivity Unit  Report .)

Cable virtualization gets a bit more real
Not all cable access vendors got nicked in 2019. Thanks to a multi-million, multi-year licensing deal with Comcast centered on its "CableOS" software, Harmonic was sitting pretty as the nation's largest cable operator moved ahead with a big plan to virtualize its access network. Harmonic got out to a big lead in this area in 2019, but expect incumbent suppliers in the sector, including CommScope, Cisco and Casa Systems, to try to close the gap in 2020. (See Harmonic's 'Cable OS' Deployment Nears the 1M Modem Mark , Harmonic sheds more light on big 'CableOS' deal with Comcast , Comcast sizing up Plan to syndicate a virtual CMTS  sources and CommScope's Virtual CCAP Creeps Toward Reality.)

Pay-TV pressure mounts
With broadband now accepted as the primary business of cable, US operators moved ahead with different strategies and tactics to deal with cord-cutting and more video subscriber losses. While Comcast and Charter focused on keeping and adding the most profitable video subs and let others go the way of OTT-TV, Cable One has de-emphasized pay-TV and instead centered efforts on high-margin broadband. At the extreme end, some smaller cable operators, including Beld Internet and 3 Rivers Communications, have exited pay-TV completely. (See Another Cable Operator Gives Pay-TV the Heave-Ho .)

Beld's pay-TV service went down for the count on December 2.

Meanwhile, Comcast made an attempt to court cord-cutters with Xfinity Flex, a video streaming/smart home service for broadband-only customers. However, Comcast will also enable Flex subs to upgrade the device to deliver the operator's full pay-TV service, making that device and service more akin to a pay-TV Trojan Horse. Cox Communications, a Comcast X1 syndication partner, has developed its own version of that product, called the Contour Stream Player. Charter, meanwhile, has also shown interest in a partnership with Comcast that could result in Charter developing its own Flex-like product. (See Comcast's Trojan Horse for Pay-TV , Cox also flexing its streaming muscles , Charter in Talks to Use Comcast's 'Flex' Streaming Platform and Comcast offers 'Xfinity Flex' for free to broadband-only subs .)

Mobilizing on mobile
This was also a big year for US cable's push into mobile. Comcast and Charter continued to tack on mobile subs and pursue a strategy focused on bundling wireless services with broadband. Meanwhile, Altice USA got into the mobile game in September, using its Sprint MVNO to help power a service with aggressive pricing -- $20 per month per line with unlimited data for Optimum and Suddenlink customers and $30 for all others. By the end of Q3 2019, those MSOs had accumulated about 2.5 million mobile subs, prompting industry analyst Craig Moffett to declare that US cable has "reached a level of clear relevance in wireless." Those efforts, alongside possible cable participation in the coming CBRS and C-Band auctions, could set up an even more interesting 2020. (See Cable 'Starts to Matter' in US Wireless  Analyst , Charter Envisions a Fixed Wireless Triple-Play With CBRS and Focus on Mobile Margins, Profits Trump Need to Pump Big Volumes at Altice USA.)

Less 'cable,' more 'connectivity'
As MSOs moved into mobile and wireless, deployed fiber-to-the-premises (FTTP) in targeted situations and continued their pursuit of larger business customers, applying the term "cable" to the industry dopped further and further to the wayside in 2019. Notably, the American Cable Association was rechristened as ACA Connects  America's Communications Association, Cable Europe set a path to become GIGAEurope in 2020, and Cable One altered its consumer brand to "Sparklight." That followed previous "cable" removal efforts by the NCTA  The Internet & Television Association and Buckeye Broadband (formerly Buckeye CableSystem), to name but a few. While "cable" will stick around for years to come, expect more rebranding efforts in 2020 as operators place more emphasis on being "connectivity" companies. (See 'Cable' heading toward extinction?, Cable Europe Charts Course to Become 'GIGAEurope' in 2020 , American Cable Association Renamed ACA  America's Communications Association and Cable One to Rebrand as 'Sparklight'.) 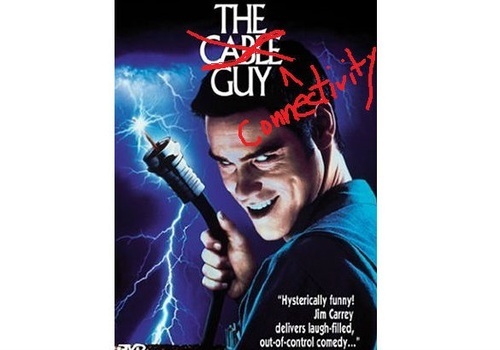