Providing a lift to its new Android TV-powered streaming dongle, TiVo said its Stream 4K device is now fully integrated with HBO Max, the new super-sized subscription VoD service from WarnerMedia that launched on May 27.

Update: TiVo clarified that HBO Max is currently available for download on TiVo Stream 4K devices, but points out that all viewing and playback of HBO Max content happens within the HBO Max Android app.

For HBO Max, the integration builds on existing tie-ins with Android TV-powered devices and expands the number of products and platforms that support the SVoD offering. Others include Android mobile, Apple (iOS and Apple TV 4K and Apple TV HD), Google Chromecast and Chromecast built-in devices, web browsers, select Samsung smart TVs, and PlayStation 4 and Xbox One consoles. HBO Max has also carved out distribution deals with most major US pay-TV providers, with Dish Network still the most prominent hold out. HBO Max is not yet supported on TiVo's other retail products, such as the TiVo Edge and TiVo Bolt. 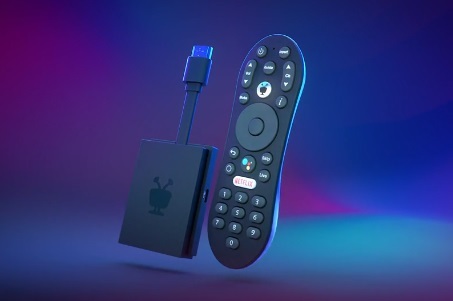 With HBO Max integrated with TiVo's Stream 4K dongle, will NBCU's Peacock be next?

The HBO Max integration comes almost two months after TiVo launched the Stream 4K at retail for the introductory price of $49.99, a $20 discount off its regular price. TiVo, which recently merged with Xperi, has not announced sales numbers on the new device, which supports 4K video, the Dolby Vision HDR and Dolby Atmos formats, voice control (via Google Assistant technology) and support for a cloud DVR. Sling TV, Dish Network's OTT-TV service, is the "preferred live streaming TV partner" for the TiVo Stream 4K.

The next big integration on the list for TiVo could be Peacock, the streaming service from NBCUniversal set to launch on July 15 following a preview on Comcast's X1 and Xfinity Flex platforms. It's not clear how the ongoing patent battle between TiVo and Comcast might impact those efforts. However, it should be relatively plain sailing from a technical standpoint because Google's Android TV is among the streaming platforms that have already cut deals to support Peacock at launch.