Netflix raked in another 10.1 million subscribers in the second quarter of 2020, stomping its forecast of 7.5 million net adds, and extending its worldwide paid base to 192.95 million.

The record of 10.1 million new subs in Q2, spurred by a pandemic that has caused people around the globe to stay home, compares to adds of just 2.7 million in the year-ago period. That continued a growth surge that Netflix saw in Q1 as stay-at-home orders started to take hold in some markets around the globe. 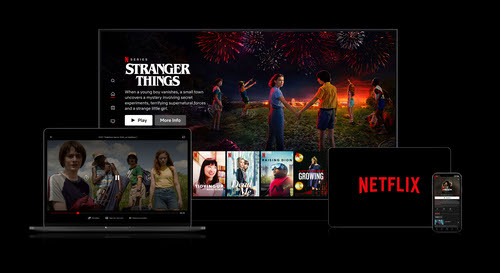 Netflix's sub base got another big boost in Q2 during a pandemic that caused consumers to stay at home.

"In the first half of this year, we've added 26m paid memberships, nearly on par with the 28m we achieved in all of 2019," Netflix explained in this investor letter (PDF). 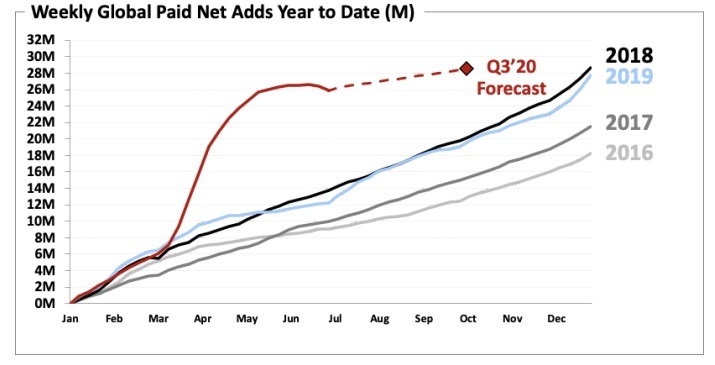 "[G]rowth is slowing as consumers get through the initial shock of Covid and social restrictions," Netflix said, noting that the subscriber strength seen in Q3 2019 was aided by new seasons of both Stranger Things and La Casa de Papel (aka Money Heist).

As Netflix relies heavily on a constant flow of originals, the company noted that its "main business priority is to restart our productions safely and in a manner consistent with local health and safety standards to ensure that our members can enjoy a diverse range of high quality new content."

But given the variances between countries in terms of new COVID-19 cases, availability of testing and government and industry regulations, Netflix also stressed that "there is no one-size-fits-all approach, and we're adapting to local circumstances."