Adding some depth and breadth to its streaming library, NBCU's Peacock has inked a licensing deal with ViacomCBS that will provide the new subscription VoD service with titles and series such as Ray Donovan, The Affair and Undercover Boss.

The licensing deal, which will also give Peacock the ability to stream Paramount movies such as The Godfather trilogy and American Beauty, enters the picture as NBCU's streaming service nears its July 15 national launch. Peacock is currently getting an early preview on Comcast's X1 pay-TV platform and Xfinity Flex, the cable op's streaming/smart home service tailored to broadband-only customers. 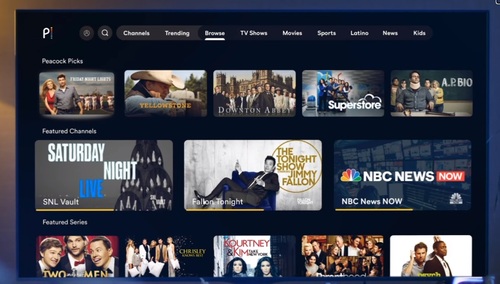 NBCU's Peacock streaming service broadening its library with the addition of TV shows, series and movies from ViacomCBS.

Licensed fare from ViacomCBS will represent a portion of those content totals and provide Peacock with more ammo as it enters a competitive field of general entertainment SVoD services that also includes Netflix, Hulu, Disney+, Amazon Prime Video and HBO Max.

Importantly, that licensed content will continue to be available on ViacomCBS platforms. And the deal with Peacock/NBCU enables ViacomCBS to stay true to its strategy to avoid clawing back content exclusively for its own OTT video services and platforms.

ViacomCBS, which operates standalone streaming services such as CBS All Access and a direct-to-consumer form of Showtime, is also developing a "broad pay" streaming service that will go beyond its legacy OTT offerings. That broader version of CBS All Access is expected to soft launch later this year and feature content from all corners of ViacomCBS' content stable, including Nick, MTV, BET, Comedy Central, Smithsonian and Paramount.

"The partnership we are announcing today is consistent with our strategy to maximize the value of our content by selectively licensing our library product to third parties while prioritizing franchise IP for our own platforms," Dan Cohen, president of ViacomCBS's Global Distribution Group, said in a statement.