CommScope confirmed that it has laid off a number of people at its Home Networks unit as the company looks to streamline, reduce costs and focus on growth areas. The cuts also enter the picture as the company's Home Network's division, which makes and sells set-top boxes, gateways and other types of consumer premises equipment (CPE), continues to wrestle with reduced investments by service providers on video equipment and content.

CommScope didn't disclose the number of employees being laid off, but noted that it represented a "very small percentage" of its global workforce. CommScope, which had about 30,000 employees worldwide following its acquisition of Arris last year, let go between 150 and 200 employees in this most recent reduction in force, two industry sources said.

The changing video and pay-TV landscape
CommScope, a top supplier of set-tops and gateways to cable operators and telcos worldwide, attributed the decision to a confluence of factors, including an eroding pay-TV market, the growing popularity of OTT streaming services and the migration of cable ops and other service providers toward inexpensive streaming devices. 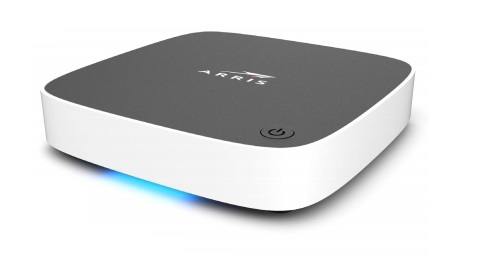 As cable ops and telcos pivot to less expensive streaming devices, CommScope has developed a line of set-tops and clients that work with multiple software platforms. The VIP5202W model pictured here is an Ultra HD client device equipped with 802.11ac Wi-Fi along with support for Android TV, the Reference Design Kit and the company's own KreaTV software platform.

First quarter results from all major pay-TV providers are still to come (Comcast and Charter Communications, for example, report later this week). But last week AT&T announced it lost 1.03 million video subs in Q1 while Verizon shed just 84,000 in the period.

Meanwhile, some major and mid-tier US service providers have begun to pivot away from traditional set-top boxes and/or have embraced the use of retail streaming platforms.

CommScope's cable modem and gateway business generally has remained solid as broadband becomes the core focus of cable operators. But the supplier has also tried to counter the video trend by developing its own line of Android TV boxes and notching deals for them with service providers such as TDS.

CommScope, which completed its merger with Arris about a year ago, said CPE sales dropped 25% in the fourth quarter of 2019. It reports Q1 2020 results on May 7.

CPE market pressures
Even before COVID-19 entered the picture, the status quo of the CPE market had been under pressure from a broader trend in which original design manufacturers (ODMs) are trying to put the squeeze on major original equipment manufacturing (OEMs) – such as CommScope and Technicolor – by engaging more directly with cable operators and other service providers.

Speaking at an investor conference in March, CommScope CFO Alex Pease said set-top boxes remain an important cash generator and a strategic piece of the company's broader portfolio, But he stressed that CommScope would review its R&D spending and explore ways to deploy dollars to areas that can generate greater returns.

CommScope said the move at the Home Networks unit will help it improve efficiency, become more cost-competitive and focus on areas with more long-term growth potential.

"CommScope continuously monitors evolving marketplace conditions as a matter of business practice. We review our entire business to make our organization lean and agile, and to leverage global growth opportunities," a company official said in an emailed statement. "Across the industry, there has been a significant decline in service provider investment in video programs, as the result of continued reduction in PayTV subscriptions, increased competition from over-the-top services, and the transition to lower-cost video devices."

The statement continued: "We are taking steps to reduce our current workforce in our Home Networks segment to instill greater efficiency, cost-competitiveness and focused innovation in areas with long-term growth opportunity. We plan to lead in the transformation of the digitally connected home, leveraging our core skills in systems, software, and hardware to create and connect a device ecosystem that enables new services and solutions, transformational consumer experiences, and profitable new business models. We are committed to positioning Home Networks to be a healthy, competitive business moving forward."