Both DirecTV and U-verse TV, AT&T's managed IPTV service, will continue to live on (for now), but in a diminishing fashion.

"We will continue to offer satellite and DirecTV where it has a rightful place in the market, places where cable broadband is not as prevalent," John Stankey, president and COO of AT&T and CEO of WarnerMedia, said Tuesday at the Morgan Stanley Technology, Media & Telecom Conference in San Francisco. He expects DirecTV to be sold as a standalone in rural and less dense suburban areas. 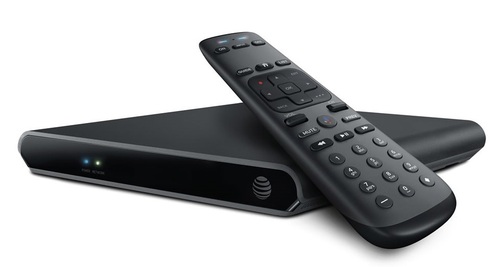 The new AT&T TV service runs on an operator-supplied Android TV box. AT&T supplies one device to each customer and sells additional units for $120 each. The AT&T TV app is also supported on iOS and Android mobile devices, Apple TV boxes and Amazon Fire TV devices.

"But in terms of terms of our marketing muscle and momentum in the market it will be about software-driven pay-TV packages," he said.

In the wake of the AT&T TV launch, the company is also trimming back the sale of U-verse TV, a managed IPTV platform. AT&T is no longer selling U-verse TV through its online channels, the company confirmed to Cord Cutters News.

AT&T believes that its new streaming TV product, which largely replicates the kind of pay-TV packages available through DirecTV and U-verse TV, will help to reduce customer losses in 2020. However, AT&T has not announced how many customers have signed up so far in the initial 13 pilot markets and the day following the national debut of a service that relies on an operator-supplied box powered by Android TV.

"One day does not make a quarter," Stankey said the day after AT&T TV went on sale nationally. "We had a good day. We were really pleased with what we saw."

He said AT&T did see higher attach rates when the company's broadband service is combined with AT&T TV, compared to what it has seen with bundles pairing broadband with the DirecTV satellite TV service.

Stankey sidestepped questions about whether AT&T might look to sell or divest the DirecTV business.

AT&T has already been clear that it has no intentions of selling DirecTV. Stankey said there's strong skepticism about what AT&T could pull off from a regulatory perspective, anyway.

"Anything that requires approval ... my read of the environment is it's a little unpredictable," he said. "So you have to be a little bit cautious about that."

However, he noted there could be opportunities in revised structures, such as shared infrastructures or new marketing structures, that could produce benefits. "We will continue to examine them all," Stankey said of those potential opportunities.

Stankey also discussed plans for HBO Max, the supersized subsctipon VoD service that will debut this May.

An early example is a new partnerships with YouTube TV, which is now offering HBO and will distribute HBO Max on day 1. Stankey said he's "pretty confident" that other distributors will sign onto similar deals in time for HBO Max's US launch.