New NCTC CEO heads back to his cable roots

For Lou Borrelli, becoming the new CEO of the National Cable Television Cooperative (NCTC) is a bit like going back to the future. The cable industry veteran can trace his start back to Marcus Cable, a cable operator that consisted of a collection of small markets, and was viewed as one of the first, if not the first, to realize that putting together a mix of tier 2 and tier 3 markets was a path to success.

In that sense, Marcus Cable – an operator that was acquired by the late Paul Allen in 1998 and later tucked into Charter Communications following a string of other Allen-led deals – shares some similarities with the NCTC, an organization that notches programming and tech deals on behalf of about 700 independent cable operators and telcos. 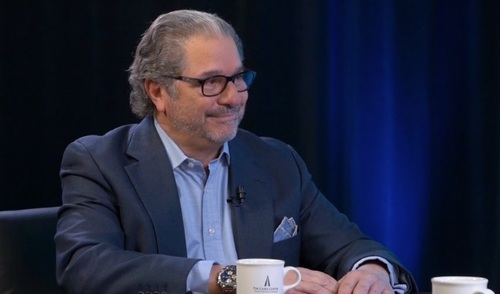 "This is a circle of life moment for me," Borrelli said in this week's announcement that he will take over the CEO role at NCTC on June 1. He'll succeed another cable industry vet, Rich Fickle, who has held the top slot at NCTC since 2011.

"I'm used to going into small towns where we have less than 1,000 customers. I'm used to dealing with the Friday night fish fries and the church hall barbeques and that kind of thing," Borrelli, who was a founding partner and a top exec at Marcus Cable back in the day, said in an interview. "That might sound like nostalgia, [but] it still happens in these small towns. That, to me, reinforces the importance of the coop and the coop's mission."

And beyond Marcus, that nostalgia also hearkens back to how and where cable got its start  in small towns across America. "It's where our business started when I think of the guys that did the initial systems, whether it was out in the Rockies or in Pennsylvania and other rural areas," he said. "That's how the business started, and we all grew from that."

Borrelli, inducted into the 2002 class of Cable TV Pioneers, most recently was CEO of Home and Entertainment for Digicel Group, a provider of mobile phone, cable and broadband services to 27 countries in the Caribbean and Central and South America.

He wasn't looking for anything in particular when Ann Carlsen, the well-known and well-regarded head of her own boutique executive search firm, reached out about the opportunity at NCTC.

The job description was "quite thorough, in terms of specifics of what they were looking for," Borrelli recalls. "Even though it was impressive and a bit daunting, I thought I could check every box off  Over the years, that [opportunity] doesn't always come your way. I look at it as a challenge that I readily accepted."

Borrelli also recognizes that he'll be taking the helm of an organization that is trying to help its members navigate massive change and disruption in the video arena. Against that backdrop, many operators have taken a "broadband-first" posture as they grapple with the role they can still play with video and pay-TV, a market that is rapidly pivoting toward direct-to-consumer streaming options.

"The migration of video is the largest challenge," Borrelli said. "We can't really change that. That's almost an immovable object – a trend that's just going to continue."

Still, he intends to take a closer look at that migration and see if there are ways the NCTC can be more creative with how content can be grouped and packaged, and provide consumers with a good reason to stick with cable operator-offered video services. Borrelli's hopeful that his long-time connections with programmers will at least open the door to those conversations.

"I'm not ready to throw in the towel on an inability to get [programming] rights or maybe to develop different products or platforms. From that standpoint, I hope that my relationships will make that happen," he said. "Maybe one of the benefits of not being on the operator side for a while is that my programming friends still like me and call me, and we have great friendships. And I'm going to try to leverage a little bit of that to say: 'Hey, I'm in this new place. What can we do to work tighter beyond what we're doing now?' "

He points out that Digicel was successful in buying programming independently, going as far as creating a couple of channels for the Caribbean market and developing an OTT platform for Digicel's mobile operators. "To be candid, NCTC has much better buying power and leverage to do that," Borrelli said.

Borrelli also views cable's troubling situation with pay-TV as yet another challenge that the industry has to face, adjust to and survive.

"We were supposed to just fold up our tents and go home after satellite launched and after the telcos showed up," he said. "I think we have to be realistic in what's happening and do our best to develop alternatives and different strategies to mitigate that [pay-TV] trend ... The cable industry is a tough bunch, and we've always managed to figure things out."

But Borrelli also recognizes that "connectivity" clearly has become the new cornerstone of the industry.

"As programming becomes less of a driver to the cable industry, then you obviously have to have great connectivity to deal with the streaming services," he said.

And he also realizes that mobile has become an important piece of that overall connectivity puzzle. While major US cable operators such as Comcast, Charter Communications and Altice USA have successfully entered that market through MVNO deals, that's not yet a component of the NCTC's arsenal.

But it's something that could be worth exploring. "Having some kind of mobile option, I think, is important," Borrelli said, noting that mobile has become a major customer acquisition engine at Digicel.

Although Borrelli officially doesn't take the reins at NCTC until next week, he stressed that Fickle will stay acutely involved in the transition and help to polish off several initiatives, including one underway as TiVo prepares to close its acquisition of MobiTV, a video tech partner to dozen of NCTC members.

"Over ten years, I think Rich has done a great job," he said. "I'm thrilled to be taking his spot and I'll do my best to improve on his legacy. But the transition is one of those 'TBDs' – I'm not letting him go until I'm sure that  he can complete what he started, which I think is important to him, and also to help me get my feet off the ground."