Most people know helium as a gas that fills airborne party balloons and turns even the manliest voice comically shrill when inhaled. Very few know how important it is as a raw material for manufacturing glass fiber, the replacement for copper in the latest broadband networks. The gas that can make the richest baritone sound like a high-speed playback is  aptly enough  an essential part of the ultrafast upgrade. Without it, millions of homes would have to forget about ultra-high-definition Netflix, multiplayer online gaming and other advanced services that feed their daily Internet addictions.

That's a problem because helium, along with various other raw materials, is in desperately short supply. As noted in a White House report on supply chain vulnerabilities, published about a year ago, it is a by-product of natural gas production, meaning it is "subject to gas prices" and available from only countries with natural-gas reserves. "Helium gas is also in shortage," said the report's authors back in June 2021.

Unfortunately, the situation is even worse now than it was a year ago. European countries have been seeking gas alternatives to Russia  the world's second-largest producer, behind the US  since it invaded Ukraine in late February. Nord Stream 2, a project to pipe Russian gas through Germany, is in limbo and will probably die. Vladimir Putin, Russia's dictator, has his hands on the gas taps and has been threatening to cut off countries that supply Ukraine with weapons. When the White House published its report, the spot price for natural gas was $3.26 per million British thermal units (BTUs). Last month, it hit $8.14. 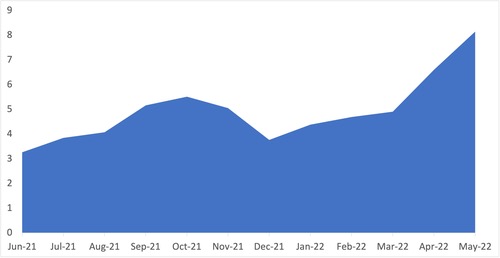 The knock-on effect is a helium squeeze. Combined with a rise in shipping charges and the cost of other raw materials, it is threatening the rollout of networks in the UK and other countries with ambitious broadband targets. "Helium is a key component that goes into the glass and fiber manufacturing, and that is impacting global operations for us," said Ankit Agarwal, the managing director of STL, which supplies fiber-optic cable to BT, the UK telecom incumbent, and other UK networks.

Supply constraints and rising costs have now pushed STL into a conversation about higher prices with Openreach, BT's networks business, and other large customers. "This [situation] has increased the cost of fiber and cable into the UK market in the range of 20% to 25%," Agarwal told Light Reading. "We are seeing good support from customers across Europe and the US, where cost increases in this range are in discussion."

An Openreach spokesperson said in an emailed statement: "We're not currently experiencing any issues with sourcing fibre or with interruption to stock supply. We're very conscious of the current potential risks to our supply chain and we're working closely with our global partners to manage the risk and constantly looking to diversify our vendors and where our stock comes from geographically." 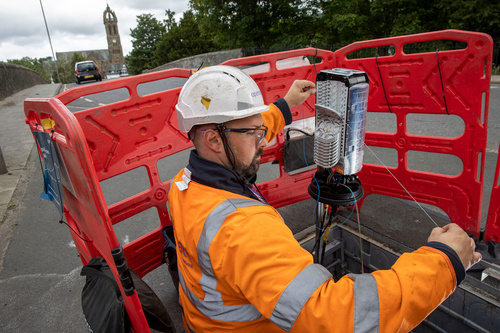 An Openreach technician rolling out fiber on a UK street.
(Source: Openreach)

The sharp cost inflation has multiple causes. STL and other companies that make fiber-optic cable also use a raw material called polyethylene. "It is the key sheathing material that goes on the cable," said Agarwal. Just as helium is a by-product of natural gas, so polyethylene is derived from crude oil. "This is something closely based on the index of the oil price," explained Agarwal. In the US, the price of a barrel of crude oil rose from $68.58 to $107.12 between June 2021 and March this year, according to the US Energy Information Administration.

Unsurprisingly, then, transportation fees have also been floating up like an unmoored helium balloon. "From a steady state two years ago, the container prices have probably gone up three to four times for anything that comes out of India to supply Europe or the UK," said Agarwal, noting that STL can also serve the UK from its plant in Italy. 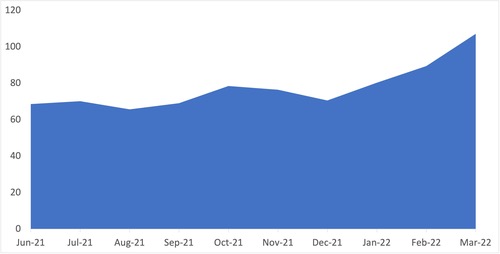 Lead times for customers are rising dramatically because of the current supply constraints, according to STL. It puts the latest European lead times at between 12 and 15 weeks and those in the US at between 50 and 60 weeks. In the last six months, US lead times have increased by 30% to 40%, Agarwal estimates. "The shortage in optical fiber is worsening and this could delay European and US broadband deployments, including rural connectivity targets," said STL representatives in an email to Light Reading.

Component shortages have already led to some disruption for Giganet, a small UK broadband operator that STL cites as a customer. "Items we were expecting to come in for August have now been pushed to April 2023," said CEO Jarlath Finnegan on a recent Telecoms.com podcast when asked about supply-chain issues.

"We are often used to shortages in the industry, but you get a roadmap or a plan out of it and one of those doesn't exist now," he said. "And you usually don't get the quantity you are expecting because there is load balancing going on in the industry so that everybody gets something." Big customers seemed bound to have priority over smaller "altnets" like Giganet.

A glance at STL's last set of financial results shows the pressure it is under. For its last fiscal year (ending in March), revenues were up nearly a fifth, to roughly 57.5 billion Indian rupees (around $735 million). Yet STL's net profit collapsed, falling from around INR2.7 billion ($34 million) in the previous year to just INR473 million ($6 million). The cost-of-materials bill soared 28%, to nearly INR32.4 billion ($414 million). STL's share price has nearly halved since the beginning of the year.

The Indian company now claims to be the largest fiber supplier to the UK market, naming Virgin Media O2, CityFibre and Netomnia among its clients, besides BT and Giganet. But Agarwal points out that its cost problems are an industry-wide issue, and not just a matter for STL.

Corning, a US rival, has already begun charging its customers higher prices to cover some of the cost increases it has seen. "We expect prices to be up again in the second quarter," CEO Wendell Weeks told analysts during his company's first-quarter results update in April. But Prysmian, an STL rival based in Italy, this year said margins at its telecom business have suffered because it has not been able to pass on such a sharp increase in raw material costs.

"Talking about fibers, of course, with the cost of energy and the cost of labor and the increasing cost of raw materials, the fibers is not anymore pleasant business," said CEO Valerio Battista on a call with analysts in March. Prysmian did not respond to a Light Reading email asking if that market had grown even more unpleasant in the last few months.