Every year, as the Mobile World Congress grows its attendee numbers, the most recognizable operators thronging its cavernous halls and walkways shrink into slimmer organizational outfits.

This downsizing, as it is commonly called, claimed about 74,000 jobs at ten of the world's largest telcos between 2015 and September 2017, as companies endeavored to boost their profit margins. But ask a telco if automation and artificial intelligence will decimate an even bigger number of jobs in future and one usually gets a nervy, non-committal response. (See Efficiency Drive by Major Telcos Has Claimed 74K Jobs Since 2015.)

Proving a rare exception, straight-talking Scandinavians at Telenor Group (Nasdaq: TELN) did not even have to be asked outright. Presenting annual results at the end of January, the Norwegian telco boldly proclaimed that automation and digitization will deprive 6,000 employees of their jobs by the end of 2020. That equals about a fifth of the operator's entire 29,700-employee workforce at the end of last year. If other companies are more covertly plotting similar reductions, the outlook for many telecom-sector employees is grim. 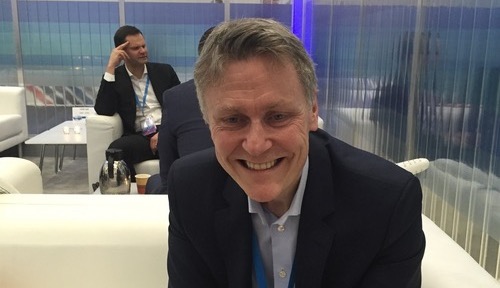 Exactly where the axe will fall at Telenor has not been specified, says Bjorn Taale Sandberg, who heads up the operator's research division. Addressing analysts during Telenor's recent earnings call, CEO Sigve Brekke hinted that staff in call centers as well as IT, marketing and support functions would feel a squeeze. But the networks side of the business will certainly not be shielded from any cuts.

"The load on the networks is not falling and data growth is exponential, and we are expected to service that and maintain a margin, and maybe even grow the margin," says Sandberg in a discussion with Light Reading. "The only way to do that in the short term is to go heavily after opportunities such as digitizing the core and going for cloud-based solutions instead of lots of different data centers."

Some of this work is already underway. Like many other telcos with operations in numerous geographical markets, Telenor has previously maintained separate IT and network systems for each territory. It is now building a common network and IT delivery center for its Asian business units, where automation is high on the agenda. Telenor is also busily "cloudifying" its networks. It aims to virtualize 75% of its IT this year and to have 90% of network functions running in the cloud by 2020.

If all goes to plan, the common network and IT delivery center should lead to cost reductions of between 20% and 30% by 2020, from a "baseline" figure of about 2.6 billion Norwegian krone ($330 million). Virtualization, it is hoped, will lead to an "efficiency improvement" of 40% in Asia, where relevant "baseline" costs are roughly NOK4.2 billion ($540 million).

The overarching objective is to cut total operating costs by 1%-3% annually. Telenor easily exceeded that figure last year, when it laid off 2,600 full-time employees and slashed costs by 4.7%, to NOK44.7 billion ($5.7 billion). Its margin for earnings before interest, tax, depreciation and amortization -- a closely watched industry measure -- rose from 36.7% in 2016 to an impressive 39.3% in 2017.

While artificial intelligence will not destroy a huge number of network-related jobs in the next few years, it will become increasingly important with full virtualization and as 5G services are launched, reckons Sandberg. Telenor is already testing machine learning for resource optimization and planning. This could, in future, allow Telenor to shift software licenses between basestations to save costs.

"There are schemes where you don't pay for the full 4G capacity unless you need it," says Sandberg. "With machine learning you could move the licenses between basestations in real time and operate with fewer licenses."

Besides supporting this kind of efficiency, machine learning could aid long-term network planning by indicating where hotspots are likely to develop. In addition, intelligent networks should help Telenor to manage and deal with faults. That may also have implications for staff numbers.