The cable industry isn't known for its wicked fast innovation. In fact until recently, cable operators were mostly considered more backward-looking even than their stodgy telecom counterparts; reliant on proprietary network technology and bound to those undifferentiated consumer devices known as television set-tops.

But two things have pushed the cable and telecom networking industries together, and both are related to the overwhelming ascendance of IP technology. First, cable operators came under pressure from over-the-top video providers, forcing them to rethink their services and network architectures. And second, the rise of software-driven, cloud-based technology in the data center world changed expectations for all types of network connectivity, regardless of whether it was delivered by a cable company or a telco operator.

It's because of the latter point that CableLabs , the nonprofit research and development consortium, is now so heavily invested in the development of network functions virtualization (NFV) and specifically in how virtual functions in the access network, otherwise known as the last mile, can be connected effectively back to a broader ecosystem of software-driven network management and orchestration systems.

While CableLabs has cable networks in mind, the association is working in tandem with the wider telecom industry, and through the European Telecommunications Standards Institute (ETSI), because the convergence of efforts will help cable operators take advantage of economies of scale and, even more importantly, make it possible for the cable industry to move more quickly toward its own dynamic and automated networks. (See CableLabs Takes On Network Virtualization.) 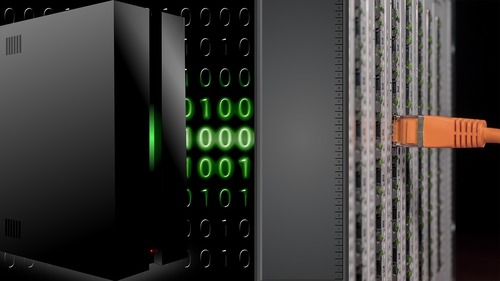 The process of laying the groundwork for NFV has been arduous. But after five years, CableLabs is ready to hail a major achievement in its ETSI efforts. Starting in July, ETSI began publishing a set of standards aimed at defining how virtual network functions should be configured to make it easiest for operators to deploy and manage them. Two out of five planned standards have been published so far, with the other three planned for publication before the end of the year.

The result of the new standards, according to CableLabs Principal Architect of Network Technologies Don Clarke, should be faster development and deployment of new virtual functions like virtual converged cable access platforms (CCAPS), virtual content delivery networks and SD-WANs.

"I think this is going to be a massive acceleration of things," says Clarke, who while he was a BT, was a co-author of the original ETSI group that produced the white paper which launched NFV.

Clarke also believes that once NFV really takes off, operators will benefit not only from virtualizing functions they already use today, but also from the development of new functions that enable innovative applications like augmented reality.

"If you've got an edge platform that runs carrier-grade functions in a standardized way ... that's all very boring, really, but necessary," says Clarke.

"But what about the things that might generate new revenues and new core things that would be run on the same platform? So once we've dimensioned the platform for network connectivity ... now we say: What resources are needed to run some really cool things? Like, I don't know, augmented reality processing or something to do with connected cars that has to run at the edge of the network. And those things could be cloud-native and coexist on the same platforms. Now we start to get into whole new realms of innovation."

Get real-world answers to virtualization challenges from industry leaders. Join us for the NFV & Carrier SDN event in Denver. Register now for this exclusive opportunity to learn from and network with industry experts -- communications service providers get in free!

NFV controversy
The slow rise of network functions virtualization has not been without controversy. Everyone agrees on the endgame, which is to make networks more dynamic and programmable, allowing operators to dedicate network resources to different functions as needed and automate many of the processes that are managed manually today. However, the best route to that end goal is up for debate.

Recently, veteran industry analyst Tom Nolle lamented the ETSI approach which he more or less suggests only replaces physical appliances with their virtual equivalents. Nolle believes the telecom industry needs to go much further, emulating companies like Amazon.com Inc. (Nasdaq: AMZN), Google (Nasdaq: GOOG) and Microsoft Corp. (Nasdaq: MSFT) by creating a stateless cloud-based system that supports event-driven applications. In other words, Nolle wants a truly software-driven architecture rather than one that walls off functions as if they were still operating on hardware appliances. (See Analyst Nolle: Fundamental Errors Plague NFV.)

However, Clarke has a different opinion. He doesn't see the cable and telecom industries as ready to abandon all of their existing systems, including their operation and billing support systems (OSS/BSS), to make the leap to software defined networking all at once. He thinks operators need a way to orchestrate basic functions within their existing architectures first before trying to move into an SDN environment in its truest sense. Part of this has to do with accommodating what operators already understand, but part of it also has to do with how telecom services differ from newer cloud services.

"In our world of networks, we have service level guarantees that are actually critical and expected, so we can't just do things in any old way," says Clarke. "So the difference between NFV and cloud is really how you implement network-grade or carrier-grade functions inside something that looks very similar to a cloud infrastructure. We want to use the same servers. We want to use a lot of the same code techniques, even the same code from open source, but we need to do that in disciplined ways."

I'm sure my friends at CableLabs, Comcast, Arris, etc. would beg to differ.