In a dependable market of more than a billion people, the rest of the world matters less.

That is not a mission statement by ZTE, but it must be a comforting thought for the Chinese equipment vendor. Rocked by US sanctions, banned from some Western countries on security grounds, the state-backed company now looks poised to land a juicy share of 5G contracts in the world's biggest mobile market.

In mobile infrastructure, as in population, China dwarfs other countries. In the UK, telecom incumbent BT has about 19,000 4G sites. China Mobile, the country's largest mobile operator, boasted more than 2.7 million 4G basestations in its last earnings report. Germany's Deutsche Telekom operates about 450 5G antennas. China's three national operators had deployed about 130,000 5G basestations by the end of last year. 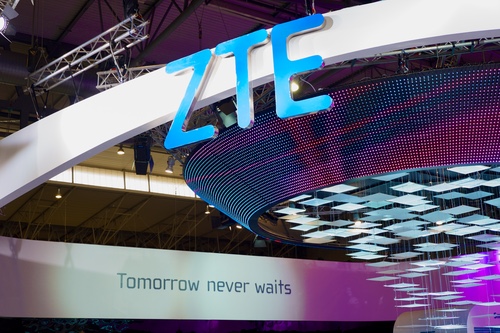 It's no wonder network equipment vendors hunger for a slice of this cake. Börje Ekholm, the CEO of Sweden's Ericsson, thinks China accounts for roughly 60% of today's 4G market and will eventually have similar importance in 5G. By 2024, China will represent 35% of the world's 5G market, about three times as much as the US, according to Dario Talmesio, a principal analyst with market research firm Omdia.

Huawei and ZTE, China's homegrown vendors, are the big beasts in this landscape. Critics say the market has long been rigged in their favor by government authorities, leaving Ericsson with just 10% of all business, a share it is determined to increase in the 5G era. The much smaller ZTE, by contrast, now claims a 35% share of China's 4G infrastructure. Like Ericsson, it is targeting a bigger role in 5G.

The misfortunes of a bigger rival now spell an opportunity for ZTE, according to sources at the Chinese vendor who do not wish to be named. Finland's Nokia, one of the world's largest equipment makers, is in 5G rehabilitation mode after running into product difficulties, an upset that has not gone unnoticed by ZTE.

The Nordic vendor may already have ceded some ground in China. In its last earnings report, Nokia began referring to a new metric it calls the "weighted 5G win rate." The idea is to show success at converting 4G customers to 5G and securing entirely new business. A figure of 100% would imply contract numbers are unchanged: Either no customers have defected, or new deals have offset any losses. At the end of last year, Nokia's win rate was more than 100% outside China but only in the mid-90% range with China included.

Takeover activity has made Nokia's position in China look precarious as operators prepare to hand out contracts for major 5G commercial deployments, according to one industry expert who provided comments on condition of anonymity.

Under the country's rigged system, Huawei and ZTE, the domestic firms, are each guaranteed a market share of at least 30%, he says. The rest is shared between Western vendors, and Nokia's footprint naturally increased with its 2016 takeover of Alcatel-Lucent, which had previously operated in China through Alcatel-Lucent Shanghai Bell, a joint venture with the state-owned China Huaxin.

In May 2017, Nokia rolled its standalone China business into this joint venture, rebranding it Nokia Shanghai Bell and taking majority ownership with slightly more than 50% of shares. That left a Western firm in control of a business with a significant slice of the market, generating more than $2 billion in annual sales, compared with the $1.65 billion Ericsson made in China last year. "Since foreigners should not have too high market share, it is likely that the other vendors will gain at the expense of Nokia," said the industry expert.

Nokia has also recently expressed concern about its Chinese business. "As we go through the transition from 4G to 5G, there is more support for local vendors in China," said Kristian Pullola, the firm's chief financial officer, during a conversation with Light Reading last July. "That is something we need to recognize and take into account when we make assessments and look at where to invest."

For ZTE, China could deliver a welcome boost this year. With service providers due to hand out important 5G contracts in the next few weeks, a source at the Chinese vendor says they aim to have between 500,000 and 600,000 5G basestations in deployment by the end of 2020. Boasting 46 commercial 5G contracts globally, ZTE today claims to have shipped about 200,000 5G basestations worldwide.

"Chinese vendors benefit from a simply enormous home infrastructure market  millions and millions of basestations are being built in China alone," said the CEO of a small supplier to some major telcos, also requesting anonymity. "This, alongside state support and concerns about intellectual property, will have many in the Western world wondering if there will be any non-Chinese vendors left when 6G enters the scene."

Back from the nearly dead
Any Chinese boost would follow a turbulent period for ZTE in the last few years. In 2017, US authorities charged it with selling US technology to Iran and North Korea, in breach of sanctions. ZTE paid a fine of nearly $1 billion, decimating its 2016 profits, before it was accused in early 2018 of misleading US authorities about its corrective measures. Temporarily banned from acquiring critical US components, it almost went out of business until it agreed to pay another $1 billion fine, overhaul its management team and be closely monitored by US authorities.

Since then, ZTE has been recovering, despite suggestions customers outside China would abandon it as they moved to 5G. For the first nine months of 2019, it reported a net profit of 710 million Chinese yuan ($101 million), compared with a net loss of nearly RMB2.3 billion ($330 million) in the same period of 2018. Sales grew 9%, to around RMB64 billion ($9.1 billion).

Despite this shrinkage, ZTE is throwing more investment into R&D than ever before. In 2014, it spent just 10% of its revenues on R&D expenses, or roughly RMB8.1 billion ($1.2 billion). By September last year, that commitment had increased to nearly 15%, meaning about RMB9.4 billion ($1.3 billion) went into R&D for the first nine months of 2019.

Detractors say this still makes ZTE a subscale contender. Ericsson spent about $4 billion on R&D last year, while Nokia invested $4.8 billion. Yet to publish financial results for 2019, Huawei spent as much as $18 billion, according to Ryan Ding, the CEO of its carrier business. "Our industry is such that there are scale economies and building complex networks and facilitating the type of compute power we do takes a lot of R&D and investments in the systems," said Fredrik Jejdling, the head of networks for Ericsson, during an interview with Light Reading earlier this month.

ZTE, naturally, insists it is not at a product disadvantage. Sources at the company say it has been able to crank out high-quality gear by smartly and efficiently building on top of older platforms and technologies. If that sounds like nothing more than technical marketing spiel, ZTE has some important advocates outside China. "It has very good technology and quality, even in [5G] standalone mode, with very good results," says Arnaud Vamparys, the head of the 5G technical program for Orange, one of the biggest service providers in Europe and Africa. "It is one of our main vendors."

Those remarks could address some of the criticism that ZTE is merely a fit-for-purpose, low-cost challenger, with products more suited to emerging markets than more advanced ones. While Orange does rely on ZTE in Africa, it is also now using the Chinese vendor in some parts of Europe.

Given the recent historical precedent, concern lingers that another round of US trade sanctions could destroy ZTE, which has always looked more reliant than Huawei on US components. ZTE insists it has taken steps to diversify its supply chains, however. Its 5G gear includes chips that were developed in-house, according to a source.

As a challenger with less to lose, ZTE also looks more willing than certain rivals to embrace some of the emerging and disruptive technologies that have caught operators' attention. Unlike Huawei, it is a member of the O-RAN Alliance, a prominent group developing open interfaces for mobile networks. While Ericsson continues to insist these open network systems cannot match traditional gear on performance, ZTE's main reservation is that open networks may be less secure.

None of this may be enough to persuade operators in developed markets that ZTE is worthy of consideration, especially as US authorities remain on the attack. To some observers, its links to the Chinese state make it an even more dubious prospect than Huawei, which claims it is owned by employees, and not the government.

Yet the market sentiment about ZTE looks positive: In Hong Kong, its share price has nearly tripled since October 2018, closing at HK$33.80 today, and is currently at a five-year high. With Chinese 5G contracts now up for grabs, ZTE can probably afford to worry less about what happens elsewhere.