November might be a strange time to think of getting a break from the heat, if you're based in the Northern Hemisphere. But Xiaomi is doing just that.

Lei Jun, the company's founder and CEO, has unveiled a new approach to cooling smartphones which he says Xiaomi will introduce to its own line-up late next year. 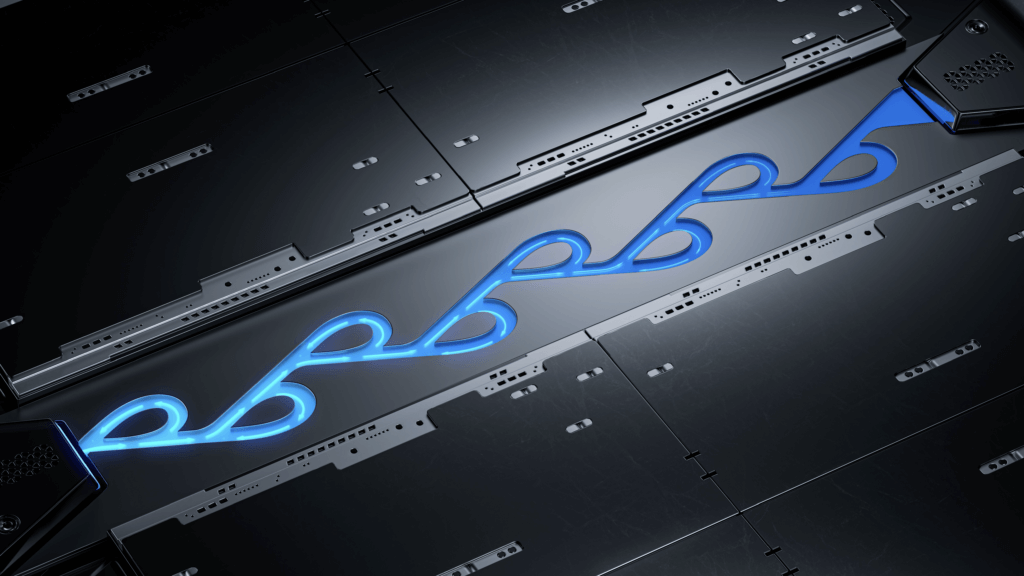 To demonstrate the new technology, he showed ​​off a custom Xiaomi Mi Mix4 incorporating the new technology. After half an hour of game playing at maximum graphic settings and 60 frames per second, the case was only 47.7 degrees celsius. The standard Mi Mix4 at this point was 56.3 degrees.

It's important to keep cool, if you're a smartphone. The hotter your temperature, the more quickly your battery will stop storing energy efficiently. Make a habit of hot temperatures, and the battery and even the processor can get permanently damaged.

The new approach for Xiaomi involves what they call loop liquidcool technology, and is borrowed from the world of aerospace and satellites. And it cools a smartphone twice as effectively as their current approach of using a vapor chamber as a heat sink. Xiaomi's new approach revolves around a refrigerant liquid which evaporates into a gas when the smartphone's processor starts heating up.

As the refrigerant expands now that it's a gas, this powers it around a pipeline around the mobile and back to a condenser, which turns it into a liquid again. Capillary force sucks the liquid refrigerant into tiny pipes which move it back to the refill chamber and the evaporator. And then the merry circuit starts out all over again.

With the vapor chamber approach, heat can also be funneled away from a hot piece of equipment and spread over a bigger area to allow the heat to dissipate faster.

The big difference between the two approaches is conventional vapor chamber systems don't have separate channels for gases and liquids. So hot gas and cool liquids mix and obstruct each other, especially under heavy workloads. Whereas "this new tech separates hot air and cooling liquid circulations while preventing backwards heat flow," tweets Lei Jun.

Vapor chambers, for what it's worth, up to now mainly have appeared in gaming smartphones, like the Razer Phone 2 back in 2018. More towards the mobile mainstream, there are some indications Samsung is currently thinking of using vapor chambers in its 2022 series smartphones.

The Galaxy S10 Plus included a vapor chamber in fact, but this disappeared with the Galaxy S21. Samsung suppliers though appear to be working on vapor chamber technology as a priority, suggesting it could be about to make a comeback. The Sony Xperia Pro includes an enormous vapor chamber  one almost as big as the device itself.

The downside of vapor chambers is the space they occupy in the smartphone's shell  space that otherwise could be devoted to bigger batteries or additional antennas.

This doesn't mean Xiaomi's announcement completely escaped criticism. "That's a heatpipe," tweets Ian Cutress. "Heatpipes have been around for decades. Heatpipes are not the same as the standard definition of liquid cooling."

"Every time a manufacturer calls a heatpipe as liquid cooling, we point out it's not the same thing, and the company misunderstands the technology," he adds.

Others wondered aloud if this meant inside the coming (possibly by year's end) flagship Xiaomi 12, Qualcomm's Snapdragon 898 was going to be "an even hotter successor to Snapdragon 888", as Frankie Herrera tweeted.

In a week of COP26, anyway, it looks like heat is certainly on smartphone maker's minds even if it is November.