Nokia announced an expansion of its relationship with SoftBank Corp. after the Japan-based telco decided to use cloud-native, 5G core technology from the Finnish vendor in its standalone 5G network.

Nokia already supplies 5G radio access network (RAN) technology to SoftBank after being selected as a strategic 5G partner last year. The telco has also opted to use both standalone 5G core and 5G RAN technology from Sweden's Ericsson, which was named as SoftBank's primary 5G RAN supplier in May 2019. 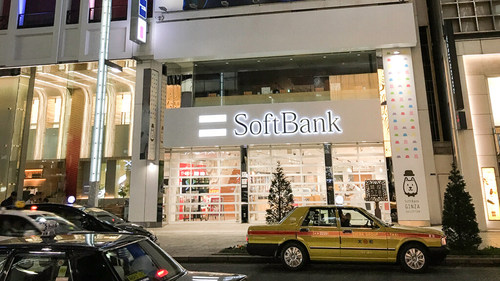 By choosing Ericsson and Nokia, SoftBank moved away from its longstanding supplier, Huawei.

Upstart operator Rakuten Mobile then launched 5G services in September 2020 following the deployment of its 4G network in June. The newcomer has sparked global interest because of its strategy of deploying a cloud-based telecom network from the outset.

There are now indications that Japan's mobile operators are in the early stages of a potentially massive pricing war following the arrival of Rakuten, especially as the latter accelerates its network rollout.

NTT DoCoMo has already announced it will sell 20GB of 5G data for around $29 per month, around half of what SoftBank and KDDI charge.

It's not yet clear how SoftBank will respond. The operator is launching a cheaper 20GB plan under its budget Ymobile brand, but at around $43 it still costs more than DoCoMo's offer under its main brand.

Nokia, meanwhile, has been highlighting what the operator's new standalone 5G network will enable, including advanced services such as virtual, augmented and mixed reality, fixed wireless access, video surveillance and analytics, cloud robotics and connected vehicles.

SoftBank has also cited AR/VR and cloud gaming as key services for its 5G network.

Keiichi Makizono, senior vice president and CIO of SoftBank, confidently predicted that the new 5G core solution "will catapult us into the next phase of our 5G transition."

SoftBank, which provides mobile, fixed-line and e-commerce services and is now only 40% owned by the troubled SoftBank Group, reported a mixed set of results for the first six months to end-September 2020 in what has been a challenging year. While total revenue increased by 2.3%, revenue in the consumer segment was 2.6% lower.

The operator also pointed to changes ahead, including plans by the Ministry of Internal Affairs and Communications (MIC) to create a "fair competitive mobile market environment," further strengthening of government policies to promote competition, and increased competition from virtual mobile players.