Talk about the power of persuasion.

Philippines operators and officials have engaged in a flurry of moves to speed up network rollout in the past two months in the wake of the president's threat to expropriate telco assets. 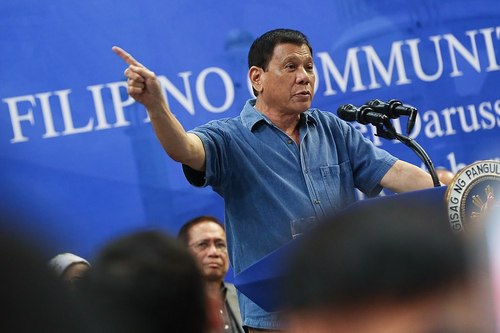 In the latest, the Department of Information and Communications Technology (DICT) has just issued approvals to 23 tower companies, allowing them to build and operate cell towers.

Thanks to an agreement between the DICT and regional governments to speed up site approvals, the two big telcos, Globe Telecom and PLDT, have won permission to deploy hundreds more 4G or 5G basestations in the past month.

Globe, which is also seeking deals with the tower companies to build on more than 900 sites around the country, has made a series of announcements of deployments and upgrades in northern, central and southern regions.

Joel Agustin, a Globe senior vice president, said as a result of the agreement, which aimed to shorten tower approval and construction time from an average of 200 days to 16 days, local governments were "actively working together with telcos to improve connectivity."

Rival Smart Communications, the mobile arm of PLDT, said it had secured 211 site approvals in the last month as a result of the faster permitting process.

The rush to action follows a warning from President Duterte in his state of the nation speech seven weeks ago.

"If you are not ready to improve, I might just as well close all of you," he said, demanding improvements in network performance by December.

In response, telco execs met with Duterte, and Globe pointed out in a statement that the "long drawn permitting process" was slowing network rollouts.

That may have had the desired effect, although so far neither Duterte nor the National Telecommunications Commission (NTC) has specified the performance metrics Globe and Smart must meet.

Besides Duterte's ultimatum, the connectivity demands of the pandemic have also driven government officials into action.

The DCIT said earlier this month the need for improved infrastructure had become one of the government's "major concerns" as a result of the surge in demand for the Internet.

"In view of this, the department is focused on promoting faster telecommunications tower build-up through reducing tower permitting requirements."

The approval, which is traditionally granted to telcos, has been attacked by local politicians and some retired military officers because of China Telecom's role, but it is unlikely to be lifted.

Dito, a partnership between the Chinese telco and businessman Dennis Uy, has promised to invest 257 billion pesos ($5.3 billion) in telecom infrastructure over five years.