BARCELONA -- MWC19 -- "I'm sorry, Dave, I'm afraid I can't do that." Immortalized in the classic sci-fi movie 2001: A Space Odyssey, that single line, spoken by a computer called HAL in defiance of its human overlord, encapsulates most of the fears about artificial intelligence (AI) as it slowly becomes a real thing.

In the Stanley Kubrick film, HAL takes control of the spaceship and tries to murder its crew. For network operations staff with a nervous eye on the latest AI wares, the main threat is to livelihood rather than life. But the prospect of a clash between technicians and technology is no longer just science fiction. 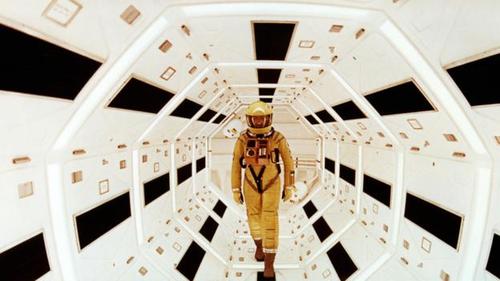 Will AI in the network turn out to be as scary as it is in the movies?

A battle is also shaping up between the equipment vendors behind rival AI systems. Ericsson and Huawei, each of which has recently unveiled a network "brain," say future networks will be too complex, with billions of device connections that need to be constantly monitored, for humans to manage. Desperate to automate whatever they can and slash costs in a low-growth market environment, telcos may be a receptive audience. The race is on to snag customers, regardless of concerns about AI's impact on the workforce.

For some of Ericsson's own staff, the oxygen hose has already been cut. Showing off the Ericsson Operations Engine (EOE) during a pre-Mobile World Congress event in London, Peter Laurin, the head of Ericsson's managed services business, blamed AI for some of the 8,000 job losses at his division in the last year, more than a fifth of the total number. Chatbots have left a trail of casualties in customer service departments. They now threaten to do the same in the network operations center (NOC). 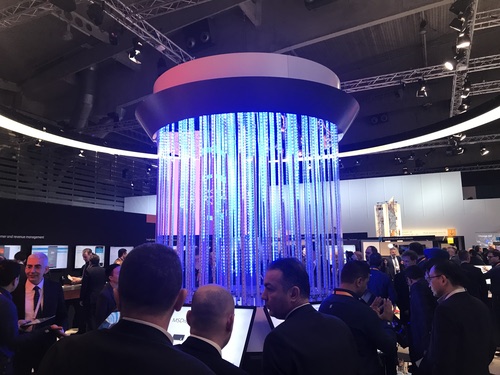 ... in all its glory, on display at this year's Mobile World Congress.

A chatbot dedicated to the NOC is exactly what analysts and reporters got to see during Ericsson's demonstration. And reminiscent of HAL it was, too. Answering questions from Laurin, the AI was able to provide details about traffic levels across parts of the UK, and whether these might lead to service problems. When Laurin asked if a technician should be dispatched to fix anomalies, the AI told him there was a 90% chance of dealing with the issue remotely.

Fortunately, for Ericsson, it stopped short of saying anything like "I'm sorry, Peter, I'm afraid I can't do that." Indeed, the bigger worry for some observers is whether experts will heed its advice, especially if they cannot understand why or how it has arrived at a decision. "We are learning as we go along," said Laurin. "We can see the benefit is when there are good engineers with good AI capabilities." Nevertheless, equipping engineers with the requisite skills could prove a costly and time-consuming business.

That will not be the only concern for a prospective service provider customer. EOE is supposed to improve with experience and will rely on access to the repositories of data that operators generate about their networks. Will any company want to share this data with EOE so that it can potentially provide a better service to a rival? Laurin is confident Ericsson can address this concern by anonymizing data, but the vendor may be under huge pressure to show customer information is stored securely and at no risk of a leak.

A network-based AI might also heighten fears about dependence on a single giant vendor, especially when market consolidation has left operators with so few supplier options. If replacing a vendor's hardware or software is as challenging as operators say, then extracting a company's AI, after it has grown comfortable in the network and the organization has changed around it, could be even tougher.

Playing nicely together
The lack of interoperability and standardization may be a further headache. "Competitors will have algorithms that work much more efficiently with their [network] software," says Arun Bansal, the head of Ericsson's business in Europe and Latin America. Despite announcing a deal this week with Ericsson for "AI-powered" network management in several markets, Spain's Telefónica has long-standing interoperability concerns about so-called "self-optimizing networks" (or SON) as it looks to bring AI into the equation.

"You have some functionality from Ericsson and Huawei and Nokia that is supplied to optimize the performance of their systems, but you also have centralized SON that would be technology agnostic," says Juan Carlos Garcia, Telefónica's director of technology and architecture. "We love a system that works automatically but need open interfaces." Without those, Telefónica would struggle to introduce a smaller AI specialist with an algorithm, say, for optimizing radio performance, he explains.

Huawei's Mobile Automation Engine (MAE), first introduced in late 2018, could hit resistance for similar reasons. Billed as the "brain" of the wireless network, MAE is designed to move operators a step closer to what the Chinese vendor calls the "autonomous network." Much like EOE, it will automatically configure networks based on predictions about traffic demand and performance levels. Because some of the intelligence is distributed throughout the network, Huawei is adding computational power to its basestations to cope. But MAE does not yet seem to be a viable option for any service provider unless it relies solely on Huawei.

"MAE only supports a single vendor [approach] but it also has open APIs and that means we are doing collaboration within ONAP to connect to other vendors' MAEs or a high-level server," says Peter Zhou, Huawei's chief marketing officer of wireless technologies. ONAP, the group he mentions, is a Linux Foundation effort to reach agreement in the complex area of management and network orchestration. But many observers will remain dubious: Huawei's track record on openness is questionable, and the company remains on the outside of groups such as the Telecom Infra Project and the O-RAN Alliance, which advocate the use of open interfaces and have attracted support from some of Huawei's chief rivals.

That said, Huawei this week began discussions with Ericsson and Nokia about improving the interoperability of operational support systems (OSS) used in future 5G infrastructure. Working through an industry group called the OSS interoperability initiative, established in 2013 to promote OSS compatibility, the three vendors say their talks will cover intelligent and autonomous technologies.

Huawei's biggest problem right now is probably the US-led backlash against Chinese equipment vendors and their products. US critics view it as a dodgy company that has stolen technology, sold equipment to nasty regimes and lied about its activities. Insisting it is a security threat, they are now pressuring geopolitical allies to ban it. If the backlash is driven by US fear of China's growing technological power, as many observers believe, then Huawei may want to keep quiet about its AI expertise. Interestingly, the company has toned down references to AI in its marketing of MAE. Like HAL in the film, it risks being disconnected entirely.