Mark Zuckerberg's nerdy awkwardness is both a blessing and a curse. On the plus side, the stereotype identifies the boyish-looking Facebook founder as a bona fide member of an increasingly influential software club. In the bad times, it can make him seem oblivious and even unsympathetic to others, qualities that were cruelly exaggerated in David Fincher's 2010 movie The Social Network. In the last few weeks, Zuckerberg has appeared more like his depiction in the Fincher movie than ever before.

Revelations that data on millions of Facebook customers may have been unethically captured by a UK-based partner called Cambridge Analytica, and then used to influence the outcome of the 2016 US presidential election, have plunged Zuckerberg into a media storm. Facebook stands accused by some of being insufficiently rigorous in its dealings with partners. Zuckerberg has shown little remorse, say opponents. His initial response was a Facebook post outlining the steps he would take to prevent similar abuses again. When this failed to silence the critics, Facebook began publishing more apologetic statements in newspapers. 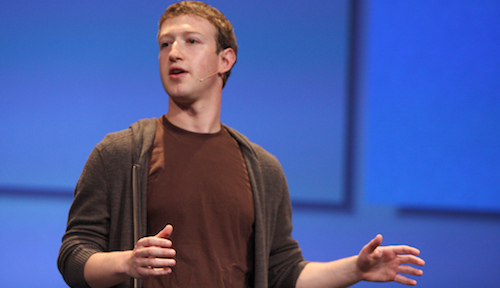 The whole affair taps into anxiety that a handful of Silicon Valley companies know more than democratically elected governments about today's citizens. Customers have reportedly been shocked this week on discovering just how much of their personal information Facebook has been able to obtain (and store on file). But alongside its wider implications for the technology sector, the fracas also caps a bad period for Facebook. Even before the Cambridge Analytica scandal, it had been under pressure from regulatory authorities worried about its content and advertising practices. And despite its vast base of subscribers, there is concern that customer attention is being diverted elsewhere.

Indeed, in the fourth quarter of 2017, users worldwide spent around 50 million hours less per day on Facebook than a year earlier. Zuckerberg claims this is part of a grand plan to stop users idling away hours on "passive" video content and drive them toward "meaningful social interactions." But in its US and Canadian markets, the company also lost 1 million daily active users in the fourth quarter of 2017, the first time this figure has declined in at least three years (and possibly ever).

Daily Active Users in US and Canada (Millions) 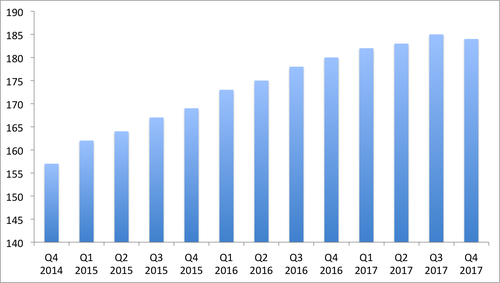 The difficulty of engaging with a younger audience is one of the biggest worries for investors. In its last filing with the US Securities and Exchange Commission, Facebook acknowledged that younger users drawn to rival products were spending less time on Facebook. Snapchat, a social network built by former students of Stanford University, has proven especially popular among millennials, although it remains a long way behind Facebook on overall user numbers -- with about 187 million daily customers next to the 1.4 billion at Facebook -- and has also suffered a backlash after some in-app advertising offended and was criticized by Rihanna, a pop star.

The collapse or decline of once-popular social networks like Friends Reunited and Myspace shows how precarious the business can be. While it never approached Facebook's current scale, Myspace was the world's leading social network just over a decade ago. Today, it is virtually obsolete. No serious commentator thinks Facebook is in similar danger, but it certainly appears to be on more slippery ground than Google (Nasdaq: GOOG), another Internet giant that is often regarded as Facebook's largest technology rival. (See Robot Wars: Telecom's Looming AI Tussle.)

cambodian brides are somewhat diverse in character and conduct than European or American women. If you usually are thinking of locating a Cambodian woman to marry, you should study in fine detail the peculiarities of these kinds of women's mentality.

Rehan51 7/19/2018 | 8:05:59 AM
Mark Zuckerberg is a great fellow Hello. Anyway, and Mark Zuckerberg is a great fellow. I even devoted one of my research paper example to him. He did what others could not do-a locomotive called Facebook, which is used by millions of people every day. He - a man who once again proves - "if something wants - it will necessarily work out."
Reply | Post Message | MESSAGES LIST | START A BOARD

Facebook is a blue hair cafe compared to the other networks available to 'the young people'. I wonder what might have been different if they chose to run the ad business differently. What if they hadn't allowed deep access to data?
Reply | Post Message | MESSAGES LIST | START A BOARD

mendyk 3/28/2018 | 12:11:21 PM
Re: Temporary crisis Other ROPs to old-ness: developing a fondness for sit-down restaurant meals, Netflix and not chill, lights out by 10 pm. Oh, and getting into pre-20th C classical music.
Reply | Post Message | MESSAGES LIST | START A BOARD

Are you sure you are not an "old"?

Gabriel Brown 3/28/2018 | 9:54:34 AM
Re: Temporary crisis Maybe when today's young people grow-up they will finally add a Facebook subscription. It will be a rite of passge, like getting a mortgage, or life insurance, or pay TV*.

mendyk 3/28/2018 | 9:24:24 AM
Re: Temporary crisis Um...er...from what I know, the group known as olds might extend a little closer to home. Fondness for avocado toast notwithstanding.
Reply | Post Message | MESSAGES LIST | START A BOARD

mendyk 3/27/2018 | 5:11:06 PM
Temporary crisis Facebook will have a couple of rough weeks. And a few people will disconnect. But the olds are addicted, and once their habits are established, they don't like to change them. One question is whether youth-obsessed advertisers that are pumping all that money into FB will react to the demographic shift. Maybe, but ad buyers often act like olds in that their habits are slow to change.
Reply | Post Message | MESSAGES LIST | START A BOARD
EDUCATIONAL RESOURCES
sponsor supplied content
Big Data in Communications Service Providers
End of Section 215 Bulk Metadata - Data Retention
Educational Resources Archive
More Blogs from Morris Lore
6G has every chance of screwing the carriers