A new movie called BlackBerry – starring actors Jay Baruchel and Glenn Howerton – will be shopped to potential buyers during the Toronto International Film Festival next month.

As reported by Variety, the film is finished. It's based on the 2015 book Losing the Signal: The Untold Story Behind the Extraordinary Rise and Spectacular Fall of BlackBerry by Jacquie McNish and Sean Silcoff, reporters at the Canadian newspaper The Globe and Mail.

"At the heart of the story is an unlikely partnership between a visionary engineer, Mike Lazaridis, and an abrasive Harvard Business school grad, Jim Balsillie," according to the book's synopsis on Amazon. "Together, they engineered a pioneering pocket email device that became the tool of choice for presidents and CEOs. The partnership enjoyed only a brief moment on top of the world, however. At the very moment BlackBerry was ranked the world's fastest growing company, internal feuds and chaotic growth crippled the company as it faced its gravest test: Apple and Google's entry into mobile phones." 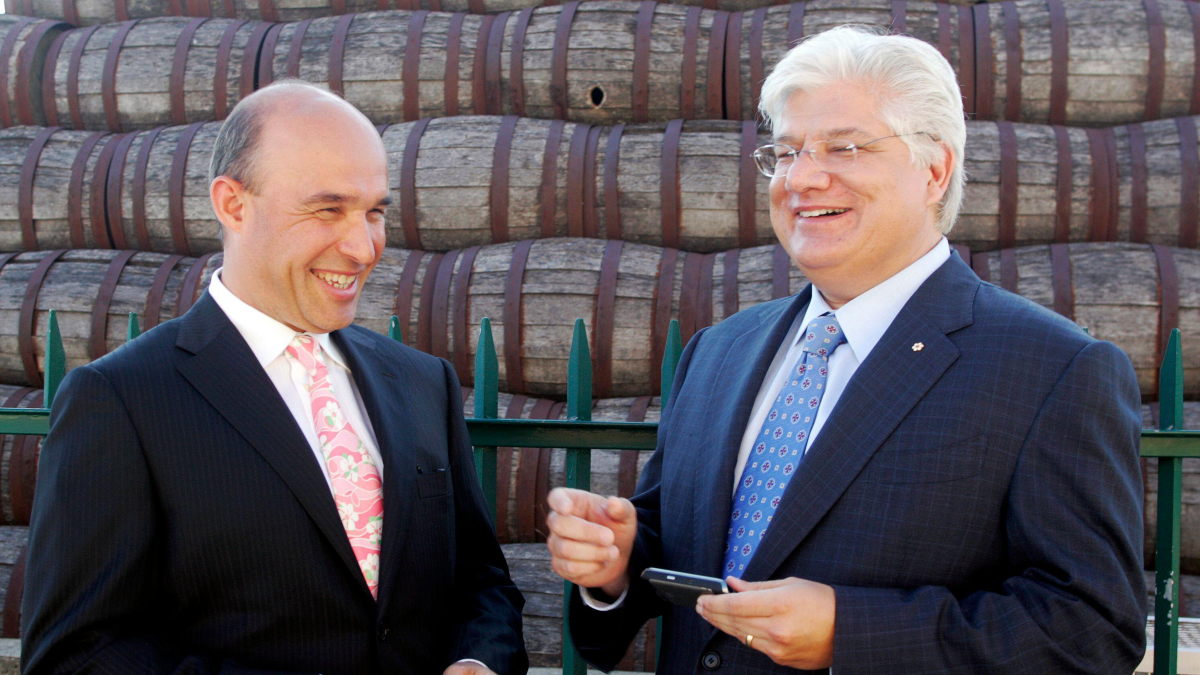 According to Variety, it's not clear who Baruchel (from movies like This Is The End and Knocked Up) or Howerton (from the long-running TV show It's Always Sunny in Philadelphia) are playing, but it's likely BlackBerry founders Lazaridis and Balsillie.

Longtime telecom industry veterans will undoubtedly know the basics of BlackBerry's story. The company's devices were virtually ubiquitous among email-obsessed executives, government officials and Wall Street financiers. President Obama famously refused to give up his own "CrackBerry."

I used my first BlackBerry back when they ran on the old data-only Motient wireless network, and I happily upgraded to a BlackBerry Pearl working on Cingular's EDGE network in the late '00s.

And I watched along with everyone else as BlackBerry tried and failed to fight the rise of iPhones and Androids. My favorite attempt was the BlackBerry Storm for Verizon, which sported a wobbly screen that physically clicked down when you pressed it. Neat!

What other telecom industry stories might Hollywood mine for silver screen gold? Could T-Mobile's fiery CEO John Legere be next? After all, he did engineer the transformation of a struggling fourth-place wireless provider into a 5G leader and an investor darling. And who might play the foul-mouthed executive?

Or will moviemakers go back a bit farther? Perhaps WorldCom founder and convicted fraudster Bernie Ebbers – a self-styled "telecom cowboy" – might make a good Wolf of Wall Street-type character.

Regardless, if you live in Beverly Hills and have read this far, let me tell you the tale of a mild-mannered telecom journalist who could only be played by Chris Hemsworth.