As 5G hurtles through China and goes live in the West, it has been stopped in its tracks like Napoleon's army in the vast expanse of Russia.

None of the mobile operators looks close to launching a mainstream 5G mobile service. If there is such a thing as a 5G "race" between different countries, Russia is merely a spectator.

While bad weather halted 19th-century Frenchmen, a lack of spectrum has bogged down 5G. Most other countries have settled on 3.4-3.8GHz as the optimal frequency real estate for the rollout of 5G services.

In Russia, those bands are still occupied by government agencies and the military. A discussion about freeing them up for the telecom sector has so far been fruitless.

"What we are getting from the government is that regulators are unwilling to allocate in the 3.4-3.8GHz range, which is the bandwidth for 5G in most countries," says Andrey Kamensky, the chief financial officer of MTS, Russia's biggest mobile operator.

"The discussion is happening, but we do not see a willingness from the regulator to come up with this."

Russia is not entirely devoid of 5G-suitable spectrum. In July, MTS picked up a license for the 24.25-24.65GHz band that covers 83 regions and is valid until mid-2025.

Verizon, the largest mobile operator in the US, has attached considerable value to these "millimeter wave" frequencies, which can support extremely fast services.

"They can hardly be used for nationwide or city-wide deployments." Instead, MTS is exploring the development of various enterprise and industrial applications that would rely on the spectrum.

An odd band that riles NATO

Are there alternatives to 3.4-3.8GHz for a nationwide rollout? In August last year, Russia's communications ministry was reported to have lined up the 4.4-5GHz band for use with 5G.

Only a few other countries have identified these frequencies as potential 5G candidates, although China and Japan appear to be among them.

There are several concerns about this spectrum. One is that building a 5G network for a less commonly used band would be a costlier exercise, denying Russian operators the same economies of scale provided by 3.4-3.8GHz.

Costs might increase because operators would also have to install more basestations to address the coverage limitations of a higher spectrum band.

Another problem is the curious geopolitical reality of NATO using the 4.4-5GHz range for aircraft recognition systems. Russia has land borders with five NATO countries. If it were to launch 5G services in this band, they might interfere with NATO's technology.

Trials carried out by China and Russia have previously upset NATO, according to Toby Youell, a research analyst with PolicyTracker who wrote a detailed report on the issue last year (subscription required).

NATO's annoyance is hardly surprising  some of the Russian trials took place in Kalinigrad, a Russian enclave within NATO member Poland, said Youell in his report. 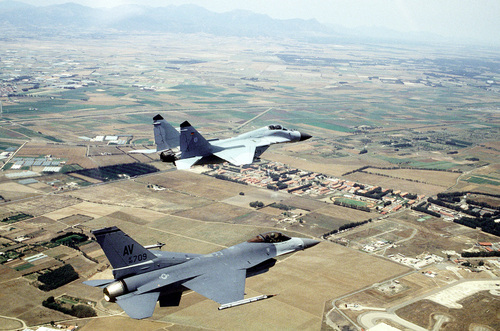 5G trials using 4.9GHz spectrum have also been carried out by MTS. In October, it set up what it calls a "5G pilot zone" in Moscow with Skoltech, a local science and technology institute.

What makes those trials especially interesting is that MTS claims to have used locally developed network software based on open RAN, an emerging technology that could buoy alternatives to Ericsson, Huawei and Nokia in the equipment market.

"That is definitely on our agenda," Kamensky tells Light Reading. "We see it as a potential alternative to the standard vendors that all are using."

Russia would not be the first country that hopes open RAN might spur homegrown suppliers. India, Japan and the US are among the bigger nations with similar instincts and national providers to flaunt.

"I cannot say there are a lot of local companies that we could consider as a replacement for global ones, but potentially new technology can play a significant role in the landscape," says Kamensky.

No 5G plans yet

Trials and open RAN aside, spectrum uncertainty might explain why 5G does not factor into the MTS plans for next year.

Quizzed on a recent phone call with analysts about capital expenditure forecasts, Viacheslav Nikolaev, the operator's chief marketing officer, said it was "to early to share" any details.

"And of course, in terms of 5G, nothing actually to share so far," he said. "So not in the plans."

This year, MTS expects to invest about 90 billion Russian rubles ($1.2 billion) in capex, roughly what it spent last year. Funds have been channeled into expanding the 4G footprint as well as various non-telecom activities in sectors that include banking, entertainment, media and retail.

That has paid off  perhaps more than 5G investments have for some of the technology's pioneers. After a difficult second quarter, blamed largely on the impact of COVID-19, MTS managed a 5% year-on-year increase in third-quarter revenues, to RUB129 billion ($1.7 billion), and grew its net profit by 2.3%, to RUB18.8 billion ($250 million).

"It comes from both core telecom and new segments," says Kamensky.

An uptick in Russian mobile numbers was a telecom highlight. MTS added a million subscribers in the quarter, finishing September with 78.2 million in total, despite some aggressive moves by VEON, one of its mobile rivals.

Kamensky is also unfazed by the challenge from Rostelecom, a Russian fixed-line operator, following its March acquisition of Tele2, another mobile rival.

"There is still a question on how they will handle integration," he says. "It is not clear what its proposition will be in the market."

None of Russia's operators have sounded desperate to launch 5G. Last summer, amid 5G excitement in Western Europe, MTS CEO Alexey Kornya told analysts he would not rush to build a 5G network even if he had the spectrum.

"We just don't feel that there is right now a demand," he said. As services are launched in other countries, Russian priorities might change.