Nokia is pulling up its 5G SoCs

When Tommi Uitto took charge of Nokia's mobile business in late 2018, the outside world had little inkling of its problems.

In Germany, the Finnish equipment giant had previously lost a radio access network (RAN) contract with Deutsche Telekom to Ericsson, its Swedish rival. But mobile sales were growing, and CEO Rajeev Suri was relatively upbeat about his company's 5G outlook in his full-year earnings statement. The second half of 2019 would be "robust," he said.

By October that year, Nokia was in turmoil. About 6 billion ($7.1 billion, at today's exchange rate) was wiped off its market value in Helsinki on the morning of its third-quarter earnings report as 5G setbacks came to light.

Let down by a major chip supplier  which analysts subsequently identified as Intel  Nokia had resorted to more expensive and less power-efficient components known as field programmable gate arrays (FPGAs). Margins and competitiveness had suffered. Recovery would be arduous and costly, Suri warned.

Uitto, then, has been handed one of the toughest jobs in telecom. Under Pekka Lundmark, who replaced Suri in August, his mission is not simply to close the gap with Ericsson and China's Huawei, Nokia's big 5G rivals, but to restore Nokia's reputation as a mobile technology frontrunner.

It is not unreasonable to see him in three guises  firefighter, repairman and the architect of the glittering 5G spires that Nokia hopes will lure future customers.

"This cannot just be about the catch-up because that would be only a me-too play and what is the point," he tells Light Reading. 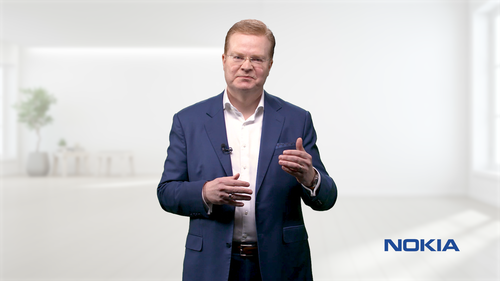 Nokia's Tommi Uitto has been handed one of the hardest jobs in telecom.

Firefighting duties are largely behind him. The blaze had several causes, including the distraction of Nokia's 15.6 billion ($18.5 billion) merger with Alcatel-Lucent in early 2016, but an obvious spark was reliance on Intel as a sole supplier of system-on-a-chip (SoC) expertise. When Intel ran into delays, Nokia had nowhere to go.

"They were using almost 100% Intel for their baseband unit and that was a problem because they weren't getting the chips," says Earl Lum, a semiconductor analyst with EJL Wireless Research.

Nokia has not dumped Intel, and Uitto, who tactfully avoids naming it as a source of difficulties, says "the first SoC partner has improved a lot."

He extinguished risk by introducing two other suppliers  Broadcom mainly for radiofrequency expertise, and Marvell on the baseband. With Intel contributing in both areas, Nokia has alternatives it previously lacked.

There is also the in-house expertise, fortified by higher spending on research and development (R&D) even as the overall company budget has been cut.

While most of the precise numbers are unavailable, Uitto now boasts 18,000 R&D employees in his new mobile networks business group. Spending on 5G R&D has risen 40% in the last two years and SoC headcount has tripled, he says.

Even so, the recent naming of partners makes Nokia sound more reliant on outsiders than Ericsson, which attributes SoC success entirely to its Ericsson Silicon chips division.

Uitto denies that is the case, indicating that only Huawei does everything in-house apart from manufacturing, which has previously been outsourced to TSMC, a Taiwanese foundry now cut off from it by US sanctions.

For other vendors, the modus operandi is to pool intellectual property with partner expertise and package that into a single SoC, he says.

Delays at Intel were not entirely to blame for Nokia's problems, Uitto admits. It underinvested at the beginning of the 5G cycle and misjudged the direction of travel when the standard was still in flux.

At that stage, the possibility remained that standalone 5G would emerge before non-standalone, the variant that piggybacks on 4G technology. Amid the uncertainty, Nokia believed FPGAs would bring flexibility as well as provide a quick fix.

But a phaseout is now well underway and margins are improving with it. At the networks business, Nokia's gross margin was an anorexic 29.1% when Suri fessed up and FPGAs were everywhere, from the "Layer 1" processing in baseband to the digital front end.

By the final quarter of 2020, 43% of 5G products were using the SoCs developed with Broadcom, Intel and Marvell under the "ReefShark" brand. The networks gross margin, stunningly, had bulked out to a healthy 37%.

This repair job is due for completion by the end of 2022. To support that and other R&D efforts, Lundmark now plans to cut between 5,000 and 10,000 jobs in other parts of the business, freeing up around 600 million ($713 million) for potential reinvestment.

Having already cut about 11,000 jobs in the last two years, Nokia will in the next couple shrink its workforce to between 80,000 and 85,000 employees, with a much higher percentage involved in R&D.

The nice thing for Uitto is that Nokia was already more comfortable working with SoCs than with FPGAs.

"A good part of Nokia's organization was not fluent with programming FPGAs," he says. Even more important  as Nokia continues with its transition to SoCs  is that programming FPGAs appears to gobble up more resources regardless of expertise.

"We have been programming the same features for parity on the SoC side and the work effort is only some tens of percentage points what it was," Uitto explains.

The introduction of SoC-based platforms throughout the 5G portfolio is the final stage of the turnaround, in his view. An improvement in profitability is not the only encouraging sign, either.

Nokia's field performance is also far better than it was. In South Korea, arguably the world's most advanced 5G market, it clearly lagged its rivals on downlink and uplink speeds when services were launched last April. But the gap has been shrinking and should vanish entirely this year, says Uitto.

Outside that market, feedback from major customers such as Deutsche Telekom and Vodafone has been positive, he insists.

Building for the future

His goal is not just to reach 5G parity with Ericsson and Huawei, of course. Nor would it be fair to cast Nokia as a laggard in all respects.

While its ReefShark transition continues, it can already parade several strengths, including its capabilities in network slicing, small cells and private wireless, a vibrant market that has powered sales growth at Nokia's enterprise business.

Partly thanks to that enterprise focus, it arguably has a broader portfolio of products than any other 5G player, including all the different configurations of massive MIMO, an advanced antenna technology needed to cope with soaring demand for mobile data services.

Nokia has also just started to ship its first multi-radio baseband product, supporting both 4G and 5G services, to piloting customers in Japan.

In addition, it has been trumpeting its recent competitiveness on power consumption as FPGAs have been ditched. "We have all along been ahead of our competition on 4G power consumption and we were behind in 5G because we had fully FPGA-based products," says Uitto.

Massive MIMO tests carried out by one European operator scored Nokia well ahead of rivals, he tells Light Reading. "It is a SoC-based product, so we have come a long way."

Despite the claim, Nokia has had nothing to say about the weight of its radio equipment.

Ericsson has recently been shouting about a massive MIMO unit that weighs just 20 kilograms and features 64 transmitters and receivers, while Huawei boasts one that is only 19 kilograms. The smaller and lighter, the more energy efficient, generally speaking  although weight is not the sole factor.

Nokia's greatest bet is surely the one it has made on open and virtualized RAN products. Open RAN, in theory, would allow operators to mix and match vendors at the same mobile site, using one supplier's radios with another's baseband equipment, for instance.

Previously, that has been difficult because the necessary interfaces were missing. In a virtual RAN, meanwhile, software could be run over general-purpose gear. While operators are pushing the concepts, some traditional vendors have understandably been wary of what could be a threat.

"We believe there is more to gain than to lose," says Uitto. "It is not like open RAN will happen or not. The only question is how fast and to what extent. When it happens, it is better to have been part of defining it, contributing to it and making sure your platforms are suitable and your SoCs support open RAN specifications."

There is no doubt that Nokia has shown more enthusiasm and been more proactive than either the lukewarm Ericsson or the publicly skeptical Huawei.

Its hope is that being ready and available will translate into market share gains at their expense. What it really needs is a major deal to prove that operators are not just considering alternatives to the big three vendors for open and virtualized RAN deployments. Besides supplying 4G radio units to Japan's Rakuten, Nokia has had little to show so far.

But a positive signal has come from Deutsche Telekom, the huge German operator that soured on Nokia back in 2017, when it began switching to Ericsson in its domestic market. In December, it revealed plans to build an "open RAN town" in Neubrandenburg this year, calling out Nokia as a "strong European partner for our cooperation." Big things have small beginnings.