It's boom time for TSMC, but the chips are down for everyone else

The loss of their second-largest customer would be a catastrophe for many companies.

China's Huawei was thought to have that status at TSMC, coming just behind Apple and contributing 14% of the Taiwanese chipmaker's roughly $37.7 billion in 2019 revenues. Cut adrift by US sanctions, it became an ex-customer in September last year.

But there has been no Huawei-sized hole in TSMC's recent numbers. Published today, its results for the first quarter of 2021 showed a 16.7% increase in revenues, to about 362 billion New Taiwan dollars (US$12.8 billion), compared with the same period of 2020. Earnings per share were up 19.4%, to NT$5.39. The chip shop is sizzling.

In a world hooked on technology, TSMC controls one of the most valuable commodities. The chips it manufactures for customers including Apple, Huawei and Qualcomm are the most advanced on the planet.

Only South Korea's Samsung can match its 7-nanometer technology, a reference to the minuscule size of the transistors it puts in chips. When it comes to the latest 5nm processes, TSMC is currently the only provider. 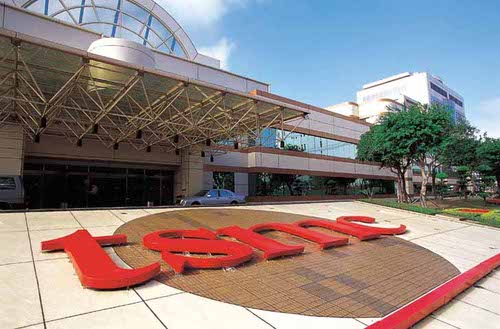 Outside the chip shop.

Its lead and the planet's growing dependence on technology largely explain TSMC's growth in recent years.

That increase is nothing compared with the boom that has occurred during the pandemic, however. After dipping when the virus first started to spread, TSMC's share price has been rising ever since.

Today in Taiwan it closed at NT$619, making it more than twice as valuable as it was just a year ago. Only Internet companies usually enjoy this kind of trajectory.

The shortage is set to last

Pandemic-era demand for semiconductors combined with manufacturing constraints elsewhere have now led to a chips shortage that risks turning into a full-blown economic crisis.

That has served to make TSMC an even more critical part of the technology supply chain. In response, it has promised to spend as much as $100 billion on new facilities over the next three years, including a $30 billion investment in 2020.

But the crunch will not end soon, the company warned investors today.

"Building a fab from start and installing capacity  it won't be available until 2023 and so this year and next year I still expect the capacity tightness will continue," said CEO CC Wei on a call with analysts.

"In 2023 I hope we can offer more capacity to support our customers."

TSMC's plans include the construction of a new 5nm plant in Arizona at the invitation of the US government, evidently concerned about TSMC's proximity to an aggressive China.

"Our fab in Arizona will be available to support all customers from around the world, no matter where they are," said Wei.

Prompted by government concern, other companies are also stepping up to the chips miniaturization challenge.

Intel, notably, has said it will spend $20 billion on building two new chipmaking factories in Arizona. In a strategic departure, it plans to operate as a foundry, like TSMC, manufacturing the components that others design.

European officials are also keen to play a bigger role in chipmaking.

In a recent strategy paper, the European Commission (EC) said its aim was to double the share of global semiconductor production that happens in Europe, from 10% last year to 20% by 2030. One goal is to set up plants using 2nm processes by the end of the decade.

None of this will happen soon, of course, and the EC plans have been met with some derision. In a research paper released last week, Stiftung Neue Verantwortung, a German think tank, described the 2nm scheme as a "bad investment."

US chip design companies are unlikely to buy from a European firm when TSMC is investing in Arizona, it points out. As for European demand for cutting-edge contract chip manufacturing, that is "minuscule," according to the report.

Smaller is better for 5G

Ericsson uses both 7-nanometer and 10-nanometer technology in the baseband equipment for its 4G and 5G products, says Michael Begley, the head of product line RAN compute for the Swedish firm. Its most advanced 5G radios also require these technologies.

"As soon as you put computing functions into the radio, you need to be on the latest process node or you are going to have a very big and bulky radio," he tells Light Reading.

In the short term, surging demand and a lack of alternatives to the Taiwanese foundries seem bound to force up prices. A current shortage of chips is not the only worry for Huawei.

"If fabs are increasing factories then chips will be more expensive and that will lead to higher costs for the whole industry," said Eric Xu, one of Huawei's top executives, during an analyst summit this week. He claims TSMC has already sent out letters warning of imminent price rises.

The environment sounds troubling for telecom equipment vendors with a desperate need for cutting-edge chips. Falling back on older processes would hurt performance, says Begley. Nor would any software advances be likely to compensate.

"If you go back to your iPhone 8, you can still run the latest iOS on it, but it's not going to be as well performing or run the latest features," he tells Light Reading.

"The only way to compensate in software is to use a less sophisticated radio algorithm. That is effectively what you are saying."

Still, Begley says Ericsson was prepared for the current squeeze and has not seen any problems so far. The situation is much worse for Huawei, which can buy from neither TSMC nor Samsung as a consequence of US sanctions.

Xu hopes earlier stockpiling will keep Huawei's 5G business competitive until alternatives emerge. But analysts are unconvinced. Developing the design and process tools that TSMC has bought mainly from the US would take years, they say.

"China can replicate TSMC's fabs to its heart's content but if it cannot make the equipment that needs to go in these fabs it will remain dependent on imports."