Huawei still has no fix to being cut off from TSMC

The latest US restrictions will not stop Huawei from meeting current orders for broadband and 5G equipment, but the Chinese vendor still has no long-term fix to sanctions that may cut off one of its most important suppliers, Huawei told reporters on a call earlier today.

The update came weeks after the US government tightened measures against Huawei to choke off supplies of components made with US equipment or design expertise.

While yet to take effect, that decision means Huawei cannot buy vital basestation and server components from TSMC, a Taiwanese "fab" that currently relies on US equipment to make semiconductors for HiSilicon, Huawei's in-house chips unit. 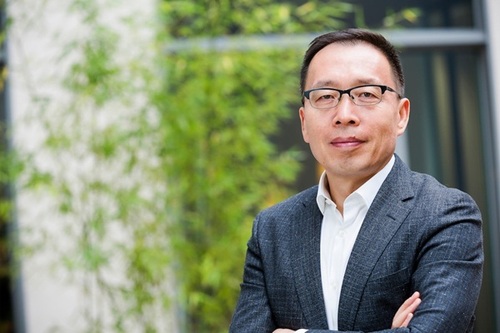 Previous sanctions had targeted US components, but the latest move is a far bigger threat.

In June, New Street Research said the Chinese vendor had "12 months left to live," while analysts at Jefferies think it will run out of important components by March next year.

The possibility of Huawei's demise has prompted a UK government rethink about its role in the country's telecom networks. The UK's National Cyber Security Centre, which is conducting a review, is also said to be worried that new components may pose additional security risks.

In January, Boris Johnson's Conservative government decided to restrict Huawei to just 35% of the equipment used in any 5G radio access network and 35% of gear in any fiber-based broadband network. Huawei was also banned from the "core," the control center of any network.

Several UK operators are heavily reliant on Huawei and have complained that a government ban would delay the rollout of 5G networks and cost "hundreds of millions" in rip-and-replace costs.

Regardless of a ban, operators will turn to rivals such as Ericsson and Nokia if Huawei can no longer meet their equipment needs because of US sanctions.

"These restrictions haven't impacted our ability to supply 5G and fiber solutions at this moment," insisted Victor Zhang, Huawei's head of global government affairs. "There is no issue to continue to work with BT and Vodafone to support gigabit broadband strategies."

Zhang told reporters that Huawei is currently in talks with suppliers and partners to understand the "long-term impact" of the latest US restrictions, especially on its access to semiconductors.

But he was unable to provide any reassurance that Huawei has alternatives in view if it is eventually cut off from TSMC.

Huawei is thought to be TSMC's second-biggest customer after iPhone maker Apple, accounting for about 15% of its revenues. The Taiwanese fab has reportedly stopped taking orders from Huawei and said other clients can fill the void.

Experts say there are few viable alternatives to TSMC, partly because rivals also rely on US equipment from firms including Applied Materials, Lam Research and Teradyne.

However, the latest US sanctions could have the unintended consequence of persuading fabs to invest in non-US equipment, so they are able to continue serving Huawei.

"This move may well force the global semiconductor industry to look away from US suppliers of semiconductor design tools and semiconductor production equipment and even to create new rival companies in other countries, including China itself," said Nelson Dong, a senior partner at US law firm Dorsey & Whitney, in a May email.

Citing research that it commissioned from analyst firm Assembly, Huawei has said banning it would cost the UK about £29 billion (US$36.4 billion) in productivity over a two-year period. "That is a huge impact on the UK digital economy," said Zhang.