Chinese government threats should prompt the UK to consider a speedier removal of Huawei from its 5G market, according to a new report from a parliamentary committee.

UK service providers would be forced to remove the Chinese vendor's products by 2025, instead of the current end-2027 deadline, under proposals made by the Defence Committee, a cross-party group that led this year's summer inquiry into the state of the 5G market.

It cites "clear evidence of collusion between the company [Huawei] and the Chinese Communist Party apparatus."

The report also says that China's government exerted pressure on the UK to retain Huawei through both "covert and overt threats." 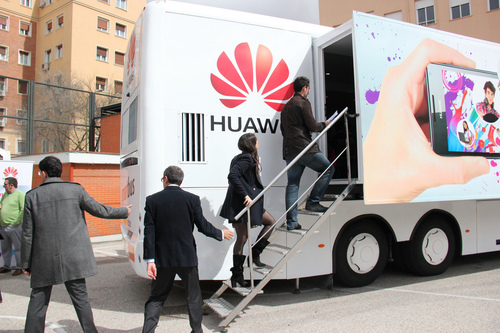 China has reportedly threatened to retaliate against UK companies with a presence in China, including BP, Diageo, GlaxoSmithKline, Intercontinental Hotels and Jaguar Land Rover, says the Defence Committee.

It is also said to have told UK business leaders that banning Huawei could undermine plans for Chinese companies to build nuclear power plants in the UK and participate in the construction of HS2, a planned high-speed rail network, according to the report.

Under current government plans, UK service providers will not be able to buy any 5G products from Huawei starting in January 2021. Further, they will have to ensure their networks include none of Huawei's 5G products by January 2028.

BT and Vodafone, the two mobile operators most heavily reliant on Huawei, had warned in the run-up to the decision that a rapid swap would result in major disruption and "billions" in additional network costs.

Those remarks were disputed by several experts, including John Strand, the CEO of advisory group Strand Consult, and Richard Windsor of Radio Free Mobile.

Strand has previously argued that rip-and-replace costs for European networks have been grossly exaggerated, including fees that operators would have to incur in a 5G upgrade regardless of a Huawei ban.

In a blog, Windsor said the telco "protestations" were "questionable" and pointed out that Huawei had been able to complete a "6,000 cell-site migration in Norway in ten months, beggaring the question as to why it will take the UK 7 years."

The UK decision prompted Barclays to issue a note saying that "most equipment is renewed every five to seven years, and so the net impact of a swap should be limited, and included in maintenance capex."

BT, which has used Huawei across about two-thirds of its footprint, recently announced an expanded agreement with Nokia, its other mobile infrastructure vendor, for the replacement of some Huawei equipment. It is widely expected to name Ericsson as a new supplier.

With an end-2027 deadline for the removal of Huawei equipment, BT reckons the swap will add about £500 million (US$648 million) to its costs, a sum that equals about 2% of BT's annual revenues.

That is the same figure BT cited at the beginning of the year for compliance with a 35% cap on Huawei's share of 5G business, as proposed by UK authorities in January.

Vodafone, which says Huawei's equipment is used across about one-third of its mobile sites, previously told a parliamentary committee that a swap would cost "billions."

It has yet to announce alternatives but has been very active in trials of open RAN, a new technology that holds out opportunities for smaller software companies and manufacturers of standardized kit.

The Defence Committee has urged the government to back investment in open RAN technology "and work to make the UK a global leader, not just in technological development, but also in production."

But open RAN still accounts for only $200 million of a market worth between $30 billion and $35 billion annually, according to market research firm Dell'Oro.

Its forecast is that annual spending will top $3 billion by 2024, giving open RAN technology only about a tenth of the overall market.

In the interim, there is government concern the UK will become entirely dependent on Ericsson and Nokia, the only non-Chinese competitors able to support the older 2G and 3G services still used by UK consumers.

BT's deal with Nokia is not the only sign the Nordic suppliers are becoming the main beneficiaries of the UK's anti-Huawei move  Three UK, the smallest of the country's mobile operators, recently concluded an arrangement with Ericsson under which the Swedish vendor will be its second 5G supplier.

Three had previously named Huawei as the company that would be responsible for the entirety of its 5G network.

The Defence Committee's report makes a number of charges against Huawei but relies heavily on newspaper reports and unsubstantiated claims and appears to lack a "smoking gun."

One of the most serious allegations comes from André Pienaar, the CEO of an investment firm called C5 Capital, who told the Defence Committee that Huawei has received more than $75 billion over the past three years from the Chinese government, allowing it to "achieve the kind of market dominance it currently has."

Responding to the publication, a Huawei spokesperson said: "This report lacks credibility, as it is built on opinion rather than fact."

"We're sure people will see through these accusations of collusion and remember instead what Huawei has delivered for Britain over the past 20 years."