As Huawei struggles, ZTE is on a roll

For years, ZTE has lived in the shadow of Huawei, a bigger Chinese vendor that has enjoyed more success on the international stage. In many ways, the companies are identical. Both sell network equipment and connected gadgets, both have enterprise-facing units and both have headquarters in Shenzhen. Yet while Huawei made nearly $137 billion in revenues last year, ZTE's were less than $16 billion.

There is another important difference, too. ZTE came off the US Entity List in 2018 after paying about $2 billion in fines. Now free to buy US technology, it has just reported its best first-quarter performance since 2012, with sales up more than 22%, to about 26.2 billion Chinese yuan ($4 billion). Still on that blacklist, Huawei may be heading for its first annual sales decline this century. Its own first-quarter report, also published today, revealed a 16.5% drop in revenues, to RMB152.2 billion ($23.5 billion). 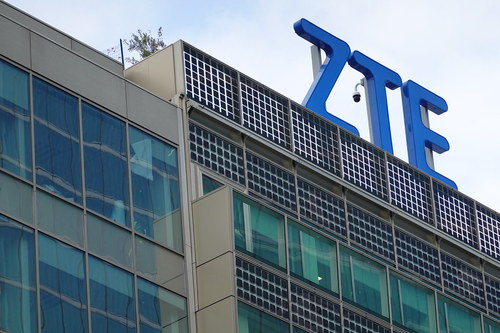 Like Huawei, ZTE has benefited from a Chinese spending splurge on 5G rollout. Last year, operators bought as many as 700,000 basestations for mainly urban areas and they are expected to erect another 600,000 in less densely populated areas this year. China Mobile alone has said it will invest RMB110 billion ($17 billion) in 5G-related capital expenditure. As domestic suppliers, Huawei and ZTE landed most of last year's contracts. Nobody expects that to change in 2021.

Huawei, however, is running short of the chips needed for devices. Hit by US sanctions, its share of Europe's smartphone market has tumbled from 15% to 4% in the last year, according to Counterpoint Research. Forced to sell its Honor gadget business, it has failed to reassure analysts that supply restrictions will not affect its network business, as well. ZTE faces no such crunch.

Unfortunately, ZTE's latest update contains even less information than Huawei's about the different moving parts. Whether its recent growth came mainly from networks, devices or the enterprise unit is not clear. But if it maintained its performance in 2020, when sales rose 12%, then all three would have grown at impressive rates.

An increase in network sales seems likely for a few reasons. First, ZTE is highly dependent on this business, which accounted for 73% of its revenues last year. Second, compared with Huawei, it has had little exposure to Europe and other Western markets where governments and operators are shutting out Chinese vendors. And third, the division of labor between Huawei and ZTE in China's 5G rollout was not in proportion to their size. China Mobile's tender reportedly gave about 57% of work to Huawei and 29% to ZTE.

The company is now poised to land a big share of the work this year. It could do even better than in 2020 if authorities decide to penalize Ericsson in retaliation against Sweden, which banned Huawei and ZTE last year. Another possibility is that ZTE profits at the expense of Huawei if sanctions start to bite, although Huawei continues to insist it has sufficient inventory for its 5G network products.

The danger is that US hawks eventually push for ZTE to be reincluded on the Entity List. It was originally in trouble for selling US technology to Iran and North Korea, in breach of other US sanctions. But its ties to the Chinese government are far more apparent than Huawei's. The bigger firm is on that list because supposed links to the Chinese government make it a security threat. How, then, can ZTE be allowed to operate freely?

In the meantime, sales growth and cost control delivered a huge boost to ZTE's net profit, which soared 180% in the first quarter, to nearly RMB2.2 billion ($340 million), compared with the year-earlier period. For the time being, it appears to be the fastest-growing 5G vendor in the world.