On this episode, we hear from Eric Frank, CEO of LightBox, a real estate information and technology platform, on the company's new nationwide Internet connectivity map. While the FCC's most recent estimate shows 14.5 million Americans lacking Internet access, LightBox today puts that number at a much larger 60 million, or one in six Americans.

LightBox was able to produce its map by placing approximately 2 billion Wi-Fi access points on top of the company's national Broadband Serviceable Location Fabric: a dataset of geospatial info, addresses, occupancy classifications, and number of units within structures across the US. 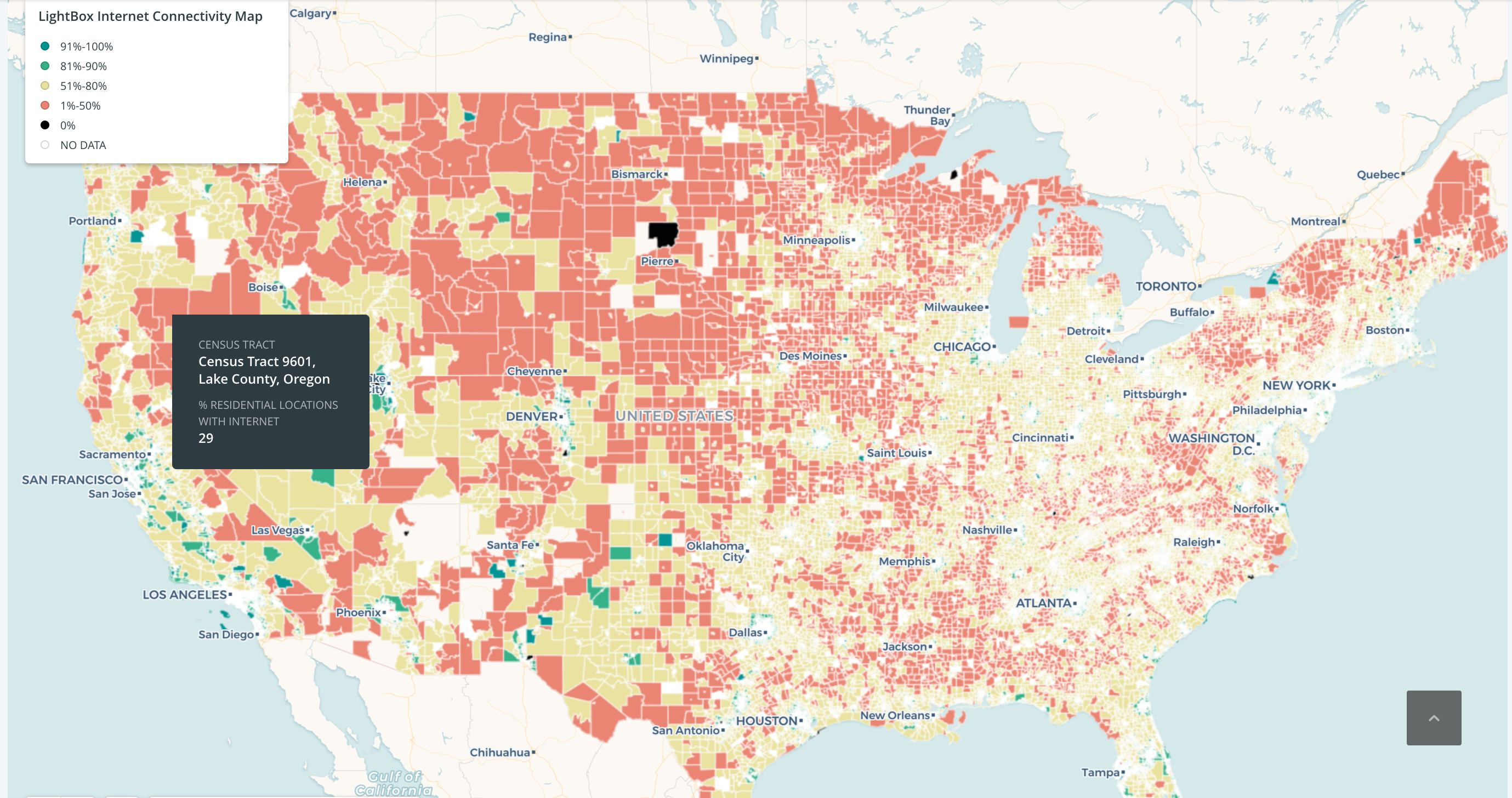 Frank first spoke to Broadband World News in June about LightBox's work with the state of Georgia to produce a map showing 400,000 more locations lacking access than the FCC estimated. Now the company hopes its national map will allow it to work directly with the federal agency and other states on solving the digital divide.

We discuss the various data sources that went into producing the nationwide connectivity map, why it focuses on Internet connectivity instead of serviceability, and what more it reveals about the larger digital divide in the country.