AT&T's latest broad initiative is aimed at creating the most cost-effective, efficient and open way for the telecom industry to embrace white boxes as part of the broader industry transformation. In a white paper and a blog post released earlier this month, AT&T unveiled its Open Architecture for a Disaggregated Network Operating System (dNOS), essentially a software strategy for making white boxes work. 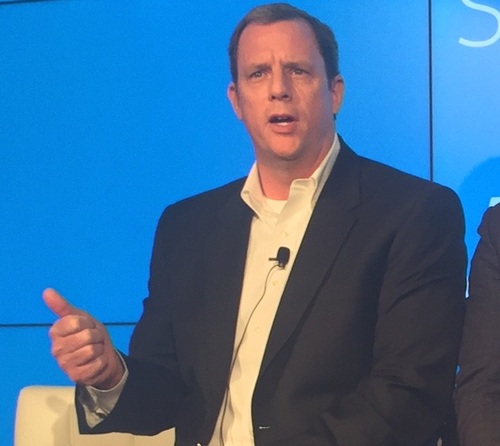 Since publishing the white paper, which you can read here, and the blog, which you can read here, AT&T has heard back from all four constituent groups, Rice notes. And while this may not trigger a rush to use merchant silicon, much of the feedback from the supplier side does indicate dNOS speeds up the process of moving software on top of merchant silicon.

Others have tried doing this, Rice notes, but by taking a comprehensive approach, AT&T is hoping to avoid earlier pitfalls. "We knew there were, quite frankly, a lot of dead soldiers on this path, and we didn't really want to end up like them if at all possible," he tells Light Reading in an interview. That required taking into account all the different areas of the ecosystem that could be impacted.

In listing those, Rice starts with existing network protocols such as BGP or border gateway protocol, on which many applications run. "There are a lot of existing network protocols that are important and are going to be important for the next 10, 15, 20 years, so we wanted to make sure that hardened versions of those could be onboarded and there's an ecosystem that does that," he says.

"That was a big part of the [white] paper -- how that was done, the architecture for it and everything else," Rice says. "The other thing we'd like to do is make sure there's an abstraction in the different forwarding planes. In other words, if we wanted to forward something in software like we would on a CPU, great. If we want to then abstract that and put that onto a network processor, then we wanted to make sure we could do that in the hardware data plane as well. So whether it's a software data plane, or a hardware data plane, we wanted to make sure we abstracted that in a way that we had our choice to be either one."

That approach was important, he adds, because it enables the maximum number of different silicon providers to be included in the ecosystem.

"If there's something out there that becomes standardized that everybody uses, that may incent the different silicon providers to build some of those interconnections into these routing information bases, hardware abstraction layers and forwarding abstraction layers, so that people didn't have to do that on their own," Rice adds.

One final piece of the dNOS puzzle which he believes is important was making sure the "board support package" was done in a standard way. That may be a small piece, involving what turns on different lights, fans, alarms, etc., in the white box, but doing it in a consistent way will make it easier for the white box original design manufacturers to support this approach.

There may be a community that develops around dNOS, if there is enough industry interest in that approach, Rice notes.

"Early results look good," he says. "We haven't really done a lot of targeting associated with this. People who've seen articles and/or blogs and/or whitepapers have come back and said they were interested in this."

support11 2/26/2018 | 2:26:59 AM
operating system If you really want to be a smart worker and you do not want to waste your valuable time. you should prefer to choose better operating system. windows 10 is the latest version which is developed by Microsoft and feature of this windows is very different to other windows like as you can use multiple windows on your system and watch at a time.

http://sharetech.myfreesites.net/ if you have any queries you can visit us.
Reply | Post Message | MESSAGES LIST | START A BOARD

ziajoyuq 12/20/2017 | 6:16:49 AM
Odds are against this initiative Either AT&T finance the development of the code or it will go down the path of OpenFlow.

Without clear incentives to the vendors, they will not cooperate and AT&T will not be able to bring up the project by itself. And no, giving precedence  to vendors who *claim* to support dNOS is not a real help to this project.