Amid a broader strategic review of the company, TiVo is taking proactive steps to separate its two main lines of business -- its products business, and licensing and intellectual property business, interim CEO Raghu Rau said Tuesday on the company's Q4 earnings call.

Separating those units will reduce some of the "complexities" of TiVo's business and help to "potentially facilitate strategic transactions," Rau said. He stressed that TiVo has not taken any formal action on a separation but that the company is doing some work internally to understand what logistics would be involved in such an event.

Rau's revelation confirms what Light Reading reported in January -- that TiVo, which merged with Rovi in the fall of 2016, could split the company into those two parts as it continues to review strategic options for the business that could lead to a sale of all or parts of the company or see the company go private. (See TiVo Might Do the Splits .) 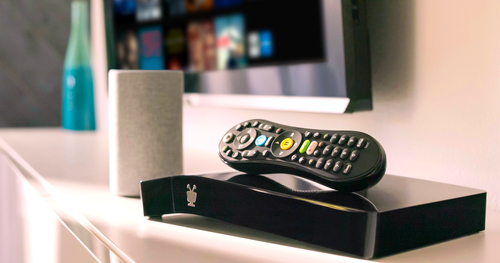 TiVo's product business includes the Bolt OTA, a retail product aimed at cord-cutters that integrates over-the-air TV (when the device is paired with a digital antenna) and a curated blend of OTT services that tie into a unified guide and voice-capable search/navigation system.

A person familiar with the process told Light Reading that entities eyeing an acquisition of TiVo's product business have no interest in taking on its intellectual property and licensing business. Another source indicated that TiVo is also reluctant to move forward on anything significant until there is more certainty on the outcome of its protracted legal battles with Comcast. If TiVo is able to secure a new license with Comcast or notch more victories in the courts, that would obviously have a positive impact on the overall value of the company. Until that is settled one way or the other, the Comcast situation remains an overhang on TiVo's business.

Comcast let its license with TiVo/Rovi lapse at the end of Q1 2016. Among the legal actions that followed, Comcast has turned off a remote DVR recording capability for its X1 platform following a ruling at the International Trade Commission. A second case at the ITC involving different patents went to trial last fall, and TiVo now expects initial results there by late Q2 or early Q3 and final resolution by Q4. TiVo and Comcast are also battling in district court cases in New York, Massachusetts and, most recently, California in a case centered on eight Rovi/TiVo patents tied to cloud DVR technologies.

TiVo remains confident that Comcast "will ultimately pay a license," Rau said, noting that the other nine of the top ten US pay-TV providers are currently under license with TiVo.

On the call, TiVo execs acknowledged that the strategic review of the company, which is aiming to drive shareholder value, has taken longer than expected. Notably, TiVo has already ruled out a "transformative acquisition" that would add scale to the company as one of the strategic options it's pursuing.

Rau wouldn't put a timeline on when TiVo expects to complete its review, but it's clear that the complex interweaving of the company's licensing and products businesses is giving pause to some potential business partners.

"There are things [that] parties  have to understand about us in order to be able to come to a process that could lead potentially to the culmination of a deal," TiVo CFO Peter Halt said on the call. "That complexity rests on our shoulders. We are doing all we can to try to address that."

TiVo's 'Five Pillars for Growth'
Even as TiVo irons out wrinkles to help determine the company's fate, it's still focusing on profitability and pushing forward with what it calls its "five pillars for growth":

Rau said 55 customers are signed up to deploy the new TiVo Experience 4 platform. Those that are announced include Mediacom Communications, RCN Corp., Cogeco, Atlantic Broadband and Service Electric Cable TV. He said two partners, yet unnamed, are on board to deploy TiVo's new IPTV solution in the first half of 2019.