Synamedia, the startup spawned by the acquisition of Cisco Systems's video software unit, will stick to its knitting by helping pay-TV partners deliver services to all screens, but will also branch out with new services and offerings that, it believes, will trigger growth opportunities.

Expanding on some of the plans detailed at IBC in September, Synamedia CEO Yves Padrines said a unified search and navigation platform for ISPs is in the works, as well as a new product set that will help pay-TV partners and OTT players crack down on piracy and a troubling password-sharing problem. (See Synamedia Plots Its First Steps Around Streaming, Bye Bye Cisco Video Software, Hello Synamedia and Cisco Dumps Video Software Biz, Ends NDS Era.)

Padrines, designated as the CEO of Synamedia in June, took the helm of the new company following more than six years as VP of global service provider for Europe, the Middle East, Africa and Russia at Cisco Systems Inc. (Nasdaq: CSCO). The move to Synamedia reunites Padrines with Abe Peled, the Synamedia's chairman and the former chairman and CEO of NDS. Padrines was at NDS from 2004-2012.

The first part of Synamedia's expanded play is designed to help broadband ISPs become content aggregators without having to shell out more money on the content itself. That involves a unified view/search system that can track what's on offer from more than 100 OTT apps and services, from Netflix on down, and essentially break down those individual content silos. 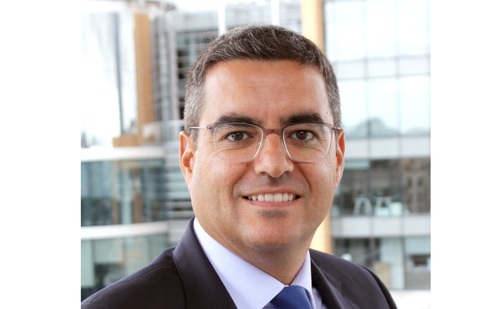 "There's a long tail of content there  from the OTT players," Padrines said. "If you don't know in advance where the content you would like to see is located, it's very difficult  to find the right content."

Synamedia envisions that its system, which weaves in the content and metadata planes required to conduct and present these types of cross-app searches, could be used by ISPs as a revenue enhancer.

"For Synamedia, it would be a new line of business. It would be a brand-new way of doing business with these players," Padrines said.

Synamedia, he added, is having discussions with "some large broadband players" about the product, but doesn't have any specific trials or deployment deals to reveal just yet.

The company will also seek out some new business using its mix of conditional access, DRM and watermarking technologies to help partners -- including pay-TV providers, OTT players as well as content rights owners and media companies -- crack down on video service piracy.

Padrines said Synamedia will take aim at the growing threat of illegal streaming services that charge a small fee for unauthorized channel packages that might look legitimate to the untrained eye. The pirates pocket all of that money and the dynamic proliferation of these illegal content repositories has created a cat-and-mouse game for distributors, programmers and content owners. (See Dish Awarded $90M in Video Piracy Case , TickBox to Pay $25M to Settle Video Piracy Lawsuit and Netflix-Backed ACE Sinks Another Video Piracy Threat .)

"It's a big deal," Padrines said of the threat. "We want to become the main player in the market on streaming  protection for everyone in the ecosystem."

While Synamedia finalizes its plans for that product, Padrines said the company has already completed development for a new offering centered on credentials sharing. Though Netflix has indicated that password sharing isn't a huge concern, that view isn't shared by everyone.

Padrines says that credentials-sharing among friends and family is one thing, but it's quite another when password credentials are being sold on the dark web: Synamedia wants to address both.

With respect to "friends and family," Padrines says the system, which would monitor and analyze credentials activity, could be used by a pay-TV provider to upsell to a plan, perhaps for a few extra dollars per month, that would authorize a contained level of password sharing.

"What we would like to do is keep honest people honest," he said.

But the system could also be used to crack down on scenarios where a customer might be sharing credentials hundreds of times per week.

The credentials-sharing product "is ready for prime time," Padrines said, noting that Synamedia is preparing for a 2019 rollout.