Chalk up another victory for the Alliance for Creativity and Entertainment (ACE), a legal coalition backed by several major studios, programmers and other premium content players, including Netflix, Disney, CBS, Hulu, Amazon and NBCU.

ACE announced this week that it has forced a settlement and subsequent shutdown of the makers of the Dragon Box. Dragon Media, the coalition claims, sold "fully-loaded" Kodi streaming boxes under the Dragon Box brand that enable consumers to purchase a lineup of live TV channels on the cheap illegally and access individual TV shows and movies, including some titles still in theaters, for free.

ACE filed the suit against Dragon Media Inc. in January 2018, alleging that the makers of Dragon Box enabled "mass theft" and the illegal distribution of copyrighted content. According to the settlement filed in the US District Court for the Central District of California, Western Division, Dragon Media/Dragon Box was ordered to pay a $14.5 million judgement for copyright infringement and will cease operating any streaming TV businesses. Two individual defendants associated with Dragon Media -- Paul Christoforo and Jeff Williams -- were identified in the court documents. 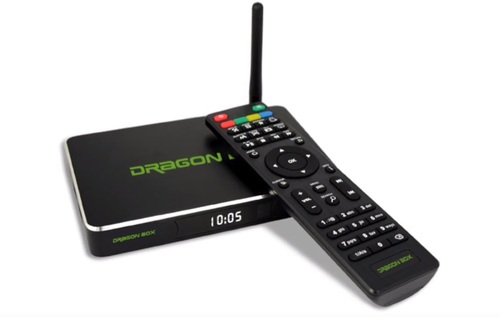 Before ACE started to crack down, Dragon Media was selling its Dragon Box for $350.

Open source Kodi software is legal on its own. But studios, programmers and pay-TV operators have been deeply concerned about add-ons that scrape the Internet for illegal sources of copyrighted content and assemble them into an easy-to-navigate interface on a TV-connected streaming device.

ACE has also been using a letter campaign to target and threaten individuals believed to be supplying repositories and Kodi add-ons that can deliver ill-gotten movies and other premium content. (See Netflix-Backed ACE Sinks Another Video Piracy Threat .)

Prior to facing legal action, Carlsbad, Calif.-based Dragon Box was selling its device for $350 and, at one point, claimed to have about 250,000 customers. According to TorrentFreak, a news site focused on file-sharing and privacy and copyright issues, Dragon Box, in the face of ACE's legal pressure, tweaked its business model last fall by briefly introducing a service called Blend TV. The service streamed out more than 65 US channels, started at $39.95 per month, and was operated by a distribution partner called uMedialink LLC. That offering was soon shut down.