Timed with its Disney+ promotion, Verizon is pitching a new, carrier-branded Android TV streaming device for free to new 5G Home subs, or for $69.99 on a standalone basis to its other customers.

The streaming box, branded as Verizon Stream TV, is a basic Android TV box that supports 4K video along with a voice remote and integration with the Google Assistant platform. It also has Chromecast "built-in," which enables users to cast video, digital images and other content from their smartphones to the TV. 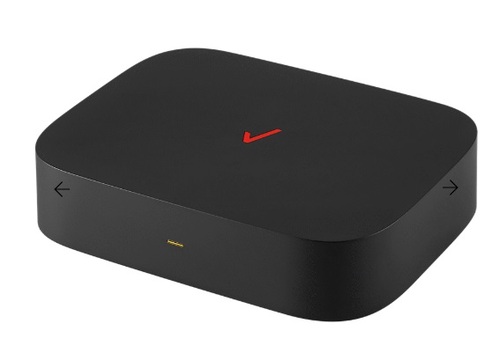 Verizon Stream TV also supports apps and streaming services, such as YouTube TV, HBO Now, Starz and Disney+, but is currently limited by the fact that the device currently does not support Netflix, one of the most popular OTT-delivered SVoD services on the planet.

Why this matters
Designed in part to pump up sales of 5G Home, a fixed wireless home broadband service offered in a handful of US markets, Verizon's introduction of the streaming device also coincides with a promotion in which new 5G Home subs can get a free year of the new Disney+ SVoD service. In a separate promo, Verizon is also offering a free month of YouTube TV, Google's OTT-TV service, to 5G Home customers.

Verizon Stream TV is just one of a small batch of streaming device promos the carrier is using to juice up sales of 5G Home. New 5G Home subs also have the option to receive a free Amazon Fire TV Stick or Fire TV Cube through the end of the year.

That device promotion, which started on November 12, also arrives as 5G Home starts to transition to the 3GPP 5G standard and away from an original, Verizon-led pre-standard version of the fixed wireless service delivered to home via millimeter wave spectrum. Verizon currently offers 5G home in Chicago; Sacramento and Los Angeles, Calif.; Houston; and Indianapolis.

The intro of a branded Verizon streaming device also plays into the company's focus on its core connectivity services and a decision to partner with, rather than build its own, OTT video offerings. Verizon Stream TV also comes on the scene amid ongoing struggles at Verizon Fios TV, which lost another 67,000 pay-TV subs in Q3, ending the period with 4.2 million.

If Verizon Stream TV eventually expands its streaming app menu and integrates more smart home capabilities, this new option also will start to look a bit more similar to Xfinity Flex, a new streaming/smart home product from Comcast that is targeted to the MSO's broadband-only subs but will soon add an option that enables those customers to subscribe to Comcast's fully-fledged X1 pay-TV service.