That seems to be the mantra for a wave of new programmer-led streaming services, and one that is now taking hold at Starz as the premium programmer moves ahead with a plan to launch direct-to-consumer subscription OTT services in several international markets.

Starz, which launched a standalone direct-to-consumer (DTC) service for the US in April 2016, announced Monday it has launched a new international streaming service, under the Starzplay banner, in Brazil, France, Germany, Mexico and the UK, with plans to debut it in 20 more countries in 2020. That new offering, sold for about $5 per month (the actual cost varies a bit by market), provides a library of "hundreds" of movies and series, including Starz originals such as The Spanish Princess and Dublin Murders and catalog titles that include Ferris Bueller's Day Off and No Country for Old Men. 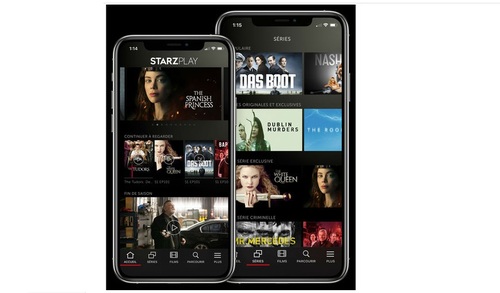 Starz believes that its international push will build on its domestic OTT strategy, which includes its standalone OTT service as well as a distribution deal with Amazon. So far, Starz has amassed more than 5.6 million subs via the OTT sales channel.

Even before the release of its DTC app into a handful of international markets, Starz has already been offering it through regional partners, including Amazon Prime Video in Germany, Mexico and the UK, izzi and Totalplay in Mexico; Orange in Spain; Virgin Media in the UK; and Bell Media in Canada. Starz noted that "select" international cable, satellite, and telco distribution partners will soon be able to authenticate into the Starzplay app.

Why this matters
Like other major programmers and studios, Lionsgate-owned Starz is investing more heavily in streaming and direct-to-consumer OTT services to grow the business and to help offset steep subscriber declines hitting the US pay-TV market. Among its current challenges on the pay-TV front, Starz is about to removed from certain Comcast pay-TV packages on December 10 as the US's largest MSO swaps in competing premium services from Epix.

But to make the economics of OTT pay off, direct-to-consumer offerings must likewise be global in scale, which is why Starz is planning a massive international DTC expansion in 2020.

Starz is also moving ahead with its global streaming plan amid recent doubts and criticisms laid out by Liberty Media chief John Malone, who sold his remaining Lionsgate stock in October and instead boosted his stake in Discovery Communications via a $75 million stock purchase.

In an interview last week with CNBC's David Faber, Malone said he grew discouraged with Lionsgate, believing the company needed to move more aggressively with a plan to self-distribute Starz on a global basis.

"In my opinion they got hung up on selling our content to somebody else versus putting it on our own distribution," Malone said. "I became discouraged with their ability to do that."

He also believes Lionsgate and Starz would struggle in the streaming game without merging with another company, suggesting a possible combination of Starz and Showtime that would generate "enormous synergy." At the moment, Showtime is owned by CBS, which is in the process of combining with Viacom.

"I didn't see a path for that company [Lionsgate] to be a winner in that space if they didn't merge with somebody else," Malone said. "This is a scale game and you've got to be global to get scale in that scripted game."