TV series Game of Thrones (GoT) has been a phenomenal hit for premium programmer Home Box Office Inc. (HBO) , with record-breaking estimated viewership across all platforms for Season 6, which aired last year.

And that's not including the illegal viewers...

Now the figures for Season 7 are breaking new ground. While GoT became the most viewed HBO show of all time some years ago, the Season 7 finale, which premiered last week, blew past all records, with 12.1 million viewers tuning in for the live broadcast in the US, and almost 4.5 million viewing it via streaming services.

The episode was so popular in Norway, incumbent Telenor Group (Nasdaq: TELN) reported a 40% rise in traffic to HBO services on Monday, August 28, compared to the preceding Saturday. Monday's traffic was also 20% higher than Sunday.

"Game of Thrones has gained a good foothold among Norwegian viewers over time, and is considered by many as the flagship for HBO," said Birgit Bjørnsen, Head of Broadband and TV at Telenor Norway, in a statement.

Winter is Coming? How Delightful! 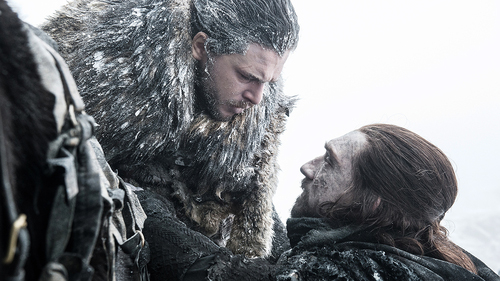 Game of Thrones has been a major hit in the Nordics, particularly with Norwegians, as Telenor's traffic stats show.
Source: HBO

Telenor has also been marketing the multi-device HBO GO service in many of its other markets. Telenor Serbia and Telenor Bulgaria both offer access to HBO GO via the Telenor app and website, it is included free with certain Telenor packages and users have "unlimited Internet for streaming HBO GO content," according to the operator.

There's no question the show has a huge fan-following around the world, but it seems to be particularly significant in Nordic countries. According to Swedish consultancy Mediavision, 200,000 Swedish households currently plan to subscribe to HBO Nordic. The consultant expects a spike in subscriptions in HBO Nordic in the third quarter of 2017, as much as 50% higher than the same quarter last year.

It attributes this spurt to Game of Thrones, which it describes as HBO Nordic's "trump card" in the battle for subscribers.

One reason for the popularity of the show in the region could be that its cast has Nordic talent in key roles. Or it could be that the Nordics are extremely advanced OTT markets, as Bjarne Andre Mykleburst, head of distribution at Norwegian national broadcaster NRK, noted in a prior presentation. Norwegians, for example, spend more on OTT than any other country in the world, and four out of the top five OTT spending countries (by average household spend) are in the Nordic region. The US, at second, is the only non-Nordic country to make the top five. (See Norwegians Are Biggest OTT Spenders: NRK's Distribution Chief.)

The challenge for Telenor is to cater to that highly-evolved demand for streaming services, particularly in the face of traffic spikes such as the one caused by the Game of Thrones season finale. At least this spike was somewhat predictable -- but other, unpredictable viral events can scale up suddenly and rapidly, and in developed markets like Norway, where streaming regularly drives a high traffic load, this can intensify rapidly.

At the same time, Telenor's example also underscores the opportunity for operators. By marketing HBO GO and linking it to existing packages and services, Telenor is able to use the success of Game of Thrones to promote its broadband and mobile offerings.

As Telenor's Bjørnsen put it, high-value content is "increasingly important to win the fight for the visitors' favor."