The carriage dispute between Dish Network and Univision just took a nasty turn.

Dish Network LLC (Nasdaq: DISH), which has blacked out several Univision-run channels after failing to reach a new distribution deal with the programmer, has lobbed a lawsuit at Univision claiming that the Spanish-language broadcaster is infringing a batch of patents tied to adaptive bit-rate streaming.

Dish's suit, filed January 25 with the US District Court for the District of Delaware, is asserting the following individual and follow-on/continuation US patents:

Move Networks, the adaptive bit-rate startup acquired by Dish/EchoStar in 2011 for $45 million, was the original owner of the patents asserted in the lawsuit. Those technologies are designed to reduce or eliminate buffering by adjusting video bit-rates and resolutions for different screen types and to account for fluctuations in the quality of the user's broadband connection. Dish Technologies has an exclusive license with Sling TV, Dish's OTT-TV service, for this group of patents. (See Dish Makes Its Adaptive Streaming Move and EchoStar Buys Move Networks.)

Dish claims that apps and OTT-delivered live TV and VoD services from Univision, Univision Deportes and UniMás -- including Univision Now, a direct-to-consumer subscription OTT service that sells for $9.99 per month -- are infringing on Dish's batch of streaming patents. 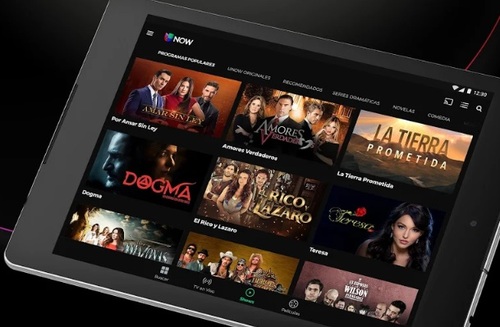 Dish said Univision was put on notice of its alleged infringement of the named patents on July 25, 2018, and that further use would require a license. Univision countered that it isn't violating the patents.

"As we previously informed Dish, we deny that we are in violation of any of its patents. As such, we intend to vigorously defend ourselves against these claims," Univision said in a statement.

Opening a new front in carriage battle
The timing of the lawsuit is obvious. It's arriving on the scene following months of squabbling between Dish and Univision as both sides have been unable to come to a new deal. As a result, Univision programming and channels, including Galavision and El Rey, are currently not offered on Dish's satellite TV and Sling TV services.

However, Dish and Sling TV customers do have the option to subscribe to Univision Now as a standalone OTT service that delivers live streams from Univision and UniMás alongside on-demand access to shows that have aired within the past 72 hours. Dish has argued that Univision's direct-to-consumer product is sold at a lower price than what Univision is proposing to charge Dish subs, and has likewise been upset that Univision offers select programming for free on streaming platforms such as Facebook Watch. During the blackout, Dish has also recommended that its customers get access to Univision's broadcast TV feed for free using digital over-the-air antennas.

Last year, Dish Chairman Charlie Ergen called the impasse with Univision "probably permanent." Univision argues that it has "made every reasonable effort and beyond to reach an agreement, but Dish refuses to make a deal that was in the best interests of subscribers."

Dish wants the court to permanently enjoin Univision from using its patented technology alongside the payment of court costs and other unspecified financial damages, including treble damages (a tripling of any actual or compensatory damages that might be awarded by the court) associated with the lawsuit.

Dish's pay-TV business has struggled throughout its battle with Univision, though it's hard to pinpoint precisely what impact the Univision blackouts have had on Dish's sub base. In Q3 2018, Dish lost 367,000 satellite TV subs and gained just 26,000 Sling TV customers. (See OTT-TV Gains Slow to a Crawl in Q3, but Cord-Cutting Does Not  Analyst.)