Netflix and similar services rely on back catalogs of licensed popular TV programs to help flesh out slates of original content. But major studios are starting to take back their shows as they push ahead with their own streaming products. That leaves the likes of Netflix challenged.

But for CuriosityStream, launched in March 2015 by Discovery Communications founder and cable industry icon John Hendricks, the potential effects of that claw-back are not a massive concern.

"I think we're really insulated as it relates to that," Stinchcomb said. 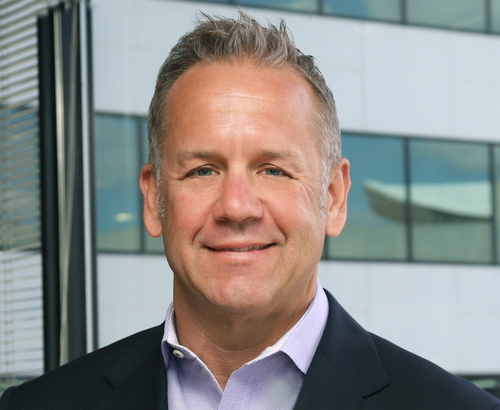 Stinchcomb said CuriosityStream has a stable of producers big enough to allay those concerns. "In 2020, we have content relationships with over 120 different producers and partners," he said.

The subscription-based service now sports a library of about 3,000 hours (including 400 hours in 4K format) of acquired and original content, with about a third of it originally produced. And Stinchcomb expects CuriosityStream to roughly double its content spend in 2020.

CuriosityStream breaks its content into several categories, including science, technology, nature, history, kids, society and cuisine, with sub-categories below those. 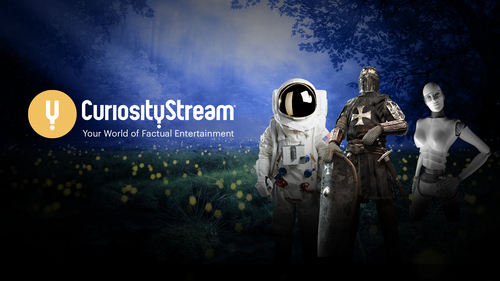 CuriosityStream will try to pump consumer interest with its recently launched marketing campaign.

"It's important to be a full category provider today," Stinchcomb said. "If you're a niche, it's a difficult proposition in the on-demand space."

That's been evident amid closures or reassessments of subscription VoD services that were perhaps too focused on specific content categories. Among recent examples, Disney shut down Disney Family Movies On Demand last fall as it prepared to launch its new Disney+ service in mid-November. In 2017, NBCUniversal closed Seeso, a comedy-focused SVoD service, and is now pushing toward the national July 15 launch of a much broader streaming service called Peacock. WarnerMedia scrapped FilmStruck, an SVoD service featuring indie and arthouse titles for film aficionados in November 2018, but the AT&T-owned media giant is now set to launch HBO Max, a super-sized subscription streaming service, sometime in May 2020. And MGM, viewed as a possible acquisition target of Netflix and Apple, pulled the plug on Stargate Command, a sci-fi-focused streaming service and fan hub, on December 31, 2019.

CuriosityStream tweaked its distribution model over the past five years. After starting out purely direct-to-consumer, the service locked in a wide range of distribution deals in the US and around the globe with a mix of OTT players, pay-TV operators and broadband ISPs, including Amazon, Comcast, Altice USA, MultiChoice (Africa), StarHub (Singapore), Totalplay (Mexico) and Millicom, which has an extensive presence in Latin America.

In addition to a library of on-demand content, CuriosityStream has also developed linear, live TV-style streams that curate and highlight individual titles from its VoD catalog, including some country- or region-specific versions of those feeds.

CuriosityStream has evolved into a type of "hybrid" video service that borrows from distribution methods used by traditional networks alongside a direct-to-consumer model.

That also makes the service more agile. "We don't have the legacy obligations and restraints and handcuffs that legacy networks have," Stinchcomb said.

And Stinchcomb, a former Discovery exec who was there during the HD transition, knows a thing or two about how the pay-TV and streaming video markets have evolved. Prior to reuniting with Hendricks at CuriosityStream in 2017, initially as chief distribution officer, he was CEO and a co-founder of Poker Central, a company that runs a subscription streaming service called Poker Go alongside a mix of podcasts, news and other content tailored to the card-playing community.

CuriosityStream used the DTC model early on to build the brand. "We did it the hard way, but the right way. We built the brand brick by brick," Stinchcomb said.

The distribution partnership end of the model has been paying off, as the bulk of new CuriosityStream subs are now coming in through its agreements with cable operators and others. Among the notable cases, Altice USA bundles CuriosityStream inside the $9.99 per month price for its 4K service.

CuriosityStream's future will center on working with the biggest distributors in a bundled format, Stinchcomb said.

That strategy has elevated the service's subscriber base, as CuriosityStream had about 10.5 million paying subs as of December 10, 2019, and saw it expand to 13 million as of January 15, 2020.

Not seeking the ad-advantage
CuriosityStream has so far steered clear of using a traditional advertising business model by inserting spots inside its programming, but does sell exclusive sponsorship slots for some of its content categories in the form of short, 15-second pre-roll ads that appear before the start of a show.

Not that there's anything wrong with an advertising business model. It's "undeniable" that advertising-based streaming services such as Pluto TV, Tubi, IMDb TV from Amazon and Xumo are growing and continue to grow, Stinchcomb notes. Pluto TV, now part of the ViacomCBS empire, has been offering the premiere episode of Star Trek: Picard to help drum up interest in the new series that is available through the subscription-based CBS All Access service.

However, the ad model isn't right for CuriousityStream. "It doesn't make a lot of sense to play in that space right now in a meaningful way," Stinchcomb said.

Talks are ongoing to figure out the right composition of content to provide in front of the paywall to entice consumers to subscribe to CuriosityStream, Stinchcomb said.

CuriosityStream is using advertising for its own brand, including ads on digital channels and on traditional TV, to pump interest in the service for a recently launched campaign with the tagline: Your World of Factual Entertainment.

TV advertising "adds a legitimacy and credibility and authenticity for CuriosityStream that you can't get on other platforms," he said.

Streaming market not a zero-sum game
Stinchcomb doesn't deny that the streaming video world is as crowded and competitive as ever. But he doesn't necessarily buy into the whole "streaming wars" narrative that's grown in popularity.

He doesn't see it as a zero-sum game, believing that CuriosityStream's price (the service starts at just $2.99 per month for its HD streaming library), content focus and distribution strategies will put it in position to thrive along with the others that have the right combination for success.

"All of those companies help to elevate awareness around streaming," he said. "We feel that, because of the unique proposition we have, we absolutely see a path to getting to hundreds of millions of subscribers through bundling."

Like what we have to say? Click here to sign up to our daily newsletter
COMMENTS
Newest First | Oldest First | Threaded View
Add Comment
Be the first to post a comment regarding this story.
EDUCATIONAL RESOURCES
sponsor supplied content
The VOD Factor
Just You, Me and the TV: Shifting to a Direct Customer Relationship Model
Video to the CDNth Degree: Multi-CDN Delivery Optimized for Big Video
Educational Resources Archive
More Blogs from CxO Spotlight
Adeia CEO on what follows the spin-out from Xperi