Comcast confirmed it has enabled Xfinity Flex, its new streaming service for broadband-only customers, to connect to customer-purchased cable modems and gateways.

The opening up of that device ecosystem became effective on Tuesday, November 5, per this Comcast post on the DSL Reports message board. 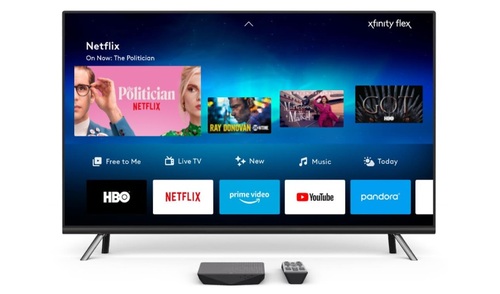 Xfinity Flex is delivered to an IP client device and supported by Comcast's voice remote. Those customers now have the option to connect Flex to a retail-bought cable modem.

Comcast introduced Xfinity Flex in March 2019 as a $5 per month add-on. In September, Comcast began to offer the TV-connected streaming and smart home device used for that service, a 4K-capable IP client called the Xi6, for free to broadband-only customers. However, until yesterday, Flex customers were required to use (and lease) a Comcast-supplied cable modem gateway in tandem with Flex.

With the extension of Flex compatibility with Comcast-supported retail modems and gateways, those customers can now sidestep additional device lease fees. That new option will allow for broadband connectivity to the Flex box, but subs who use retail-bought devices won't have access to xFi, Comcast's home network/WiFi management platform.

"We recommend using an xFi Gateway to use features like our Xfinity xFi digital dashboard right on your TV, but you can choose to use your own modem instead," Comcast now notes on its Flex FAQ page.

Cox Communications, an operator that syndicates Comcast's X1 platform for pay-TV products under the Contour brand, has also introduced a Flex-like product called the Contour Stream Player. Cox currently charges $5 extra per month for the player and requires those customers to use a Cox-supplied gateway. Charter Communications is in discussions with Comcast about developing a Flex-like product as well.

And while some industry watchers view Xfinity Flex as a competitor to retail streaming platforms from companies such as Amazon (Fire TV) and Roku, Comcast will also be using the product to open up opportunities for its pay-TV product. Later this year, Comcast will add an upgrade option to Flex that turns the device into a full-fledged X1 box.