LAS VEGAS -- TiVo is tossing its hat into the streaming game with a new 4K-capable, Android TV-powered device that will be sold at retail and distributed in tandem with cable operators and other partners that want to provide an OTT video option to their broadband-only customers. 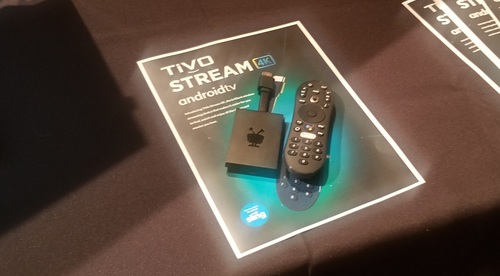 Although TiVo's Stream 4K will support just about any app offered in the Google Play store, the device will initially provide tight integrations with a handful of streaming services, including Dish Network-owned Sling TV, Netflix, Amazon Prime Video, HBO, Vudu and YouTube. That integration will enable those services to take advantage of TiVo's user interface and search capabilities that are stitched into the Stream 4K device rather than requiring users to toggle to those apps separately. 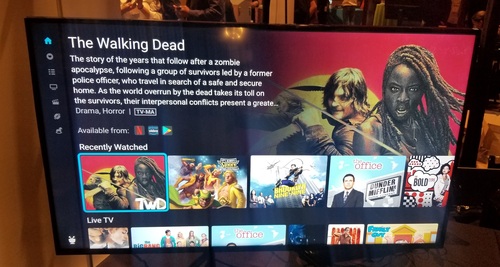 TiVo's new device will start off with tight integrations with a handful of OTT video services, including Sling TV, Netflix and Amazon Prime Video. Pictured is the TiVo UI for the Android TV-powered Stream 4K.

TiVo said the new device will go on sale in April 2020, with an initial launch price of $49.99, $20 less than the product's manufacturer-suggested retail price of $69.99. TiVo will sell the Stream 4K on its website and via its other retail sales channels.

Pumping pay-TV partnerships
Beyond retail, TiVo will also distribute Stream 4K in partnership with its cable operator partners that want to maintain or establish a video relationship with their broadband-only customers. Longtime TiVo partner Schurz Communications is the first announced cable op that has committed to offer TiVo's new streaming device under a co-marketing relationship.

That approach shares some similarities with Xfinity Flex, a smart home/video streaming product that Comcast is marketing as a free add-on to its broadband-only customers.

Clifton K Morris 1/8/2020 | 3:14:03 AM
Questions Hey Jeff, This looks like a real good product, maybe even similar to the AT&T DirecTV Now Osprey Box, which also runs AndroidTV, albeit in a bit of a sandbox. Because it has a full remote control, any word on a few things 1. Will it will support AT&T DIRECTV Now app.... with the ability to dial in a channel number? 2. Is there a monthly fee? 3. Will it connect to TiVo DVR in the home? Keep up the great reporting.
Reply | Post Message | MESSAGES LIST | START A BOARD