CEO McCollum: SVoD Surge Could Be Boon for Philo

As the so-called "streaming wars" heat up with last week's debut of Apple TV+ and the coming launches of Disney+, HBO Max and NBCU's Peacock, there's a widely held belief that these new subscription VoD (SVoD) services will accelerate cord-cutting and contribute to the decline of pay-TV.

While those new SVoD services could put more pressure on the already struggling pay-TV market, they will likewise create advantages for OTT-delivered, app-based pay-TV services from the current crop of virtual multichannel programming video distributors (MVPDs), according to Andrew McCollum, the CEO of Philo. 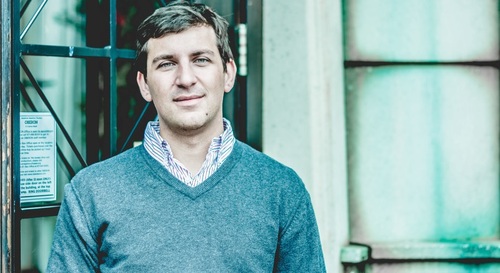 One of Philo's first investors, McCollum was named CEO in 2014.

"We do think these new services coming to market will actually be a big boon to us and the [virtual MVPD] space generally," said McCollum, who took the helm of Philo in 2014 and was a member of Facebook's founding team. "It will increase the drive to cord-cutting and the move to connected devices and apps as the main way to consume content."

He also believes that Philo's slimmed-down, non-sports TV bundle, which today delivers a lineup of 58 channels, a VoD library and a cloud DVR service starting at $20 per month, can serve as a complementary fit to the coming wave of SVoD services. Philo, which does carry networks such as A&E, AMC, Discovery Channel, Lifetime, Travel and Viceland, doesn't currently carry content from Disney, WarnerMedia or NBCU.

"Those direct-to-consumer services coming to market should be a big [benefit] for people who want Philo and also want to subscribe to those offerings," McCollum said. "You can really build your own package much more effectively and conveniently and at a lower cost in this new world."

McCollum said Philo is also open to striking bundling deals with these new SVoD services and that such discussions are underway with some of them. 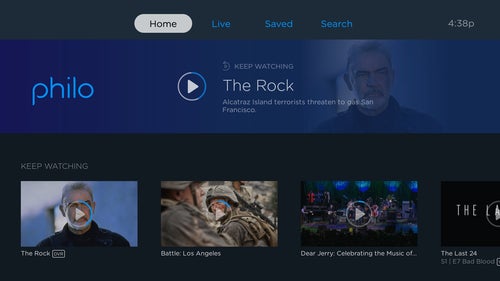 "We have talked to generally all of these services and I think there's a conceptual interest in broadening the platforms and availability of these services beyond pure, direct-to-consumer offerings," he said. "I definitely think that's going to happen as sort of a second wave after the initial launches  People do not want to have ten different apps that they switch between in ten different billing relationships; it's just too much for people to manage."

Backed by programmers such as A+E Networks, AMC, Discovery and Viacom, Philo launched its entertainment-focused OTT-TV service in November 2017. Philo has not released subscriber numbers, but McCollum says the service has grown 11% to 12% each month so far in 2019 without a ton of marketing.

"That [subscriber growth] has been in a period when other services that are out there are flat or declining in subscribers," he said.

Even some OTT-TV service providers are feeling the pinch due to competition, rising content costs and high infrastructure spending. Of most recent note, PlayStation Vue, the Sony-owned OTT-TV service, will shut down on January 30, 2020.

Meanwhile, AT&T, which will use HBO Max as its video "workhorse" product when that service debuts in May 2020, discontinued WatchTV, an entertainment-focused multichannel TV package that shares some similarities to Philo's, as a free add-on for customers on its unlimited wireless plans. CordCuttersNews reported today that the removal of WatchTV from those plans is a step toward also shutting down a standalone version of WatchTV that sells for $15 per month.

Philo believes it has a sustainable model that will avoid PS Vue's fate, in part because Philo doesn't currently carry sports programming that drives up costs, and because it developed much of its infrastructure and technology in-house (PS Vue, for example, was reliant on a pricey partnership with BAMTech, a unit of Disney now known as Disney Streaming Services).

"We think that strategy puts us in a different place than others," McCollum said.

Still exploring a cable connection
And though Philo is primarily focused on a direct-to-consumer model, it has explored relationships with cable operators, such as WideOpenWest, that want to provide a video option to their broadband-only customers.

That channel, which includes a broader agreement with the National Cable Television Cooperative (NCTC), has yet to blossom and has developed a bit slower than expected. McCollum said that's partly because there's been limited investment made in that area and that Philo is not yet tightly integrated in a cable operator's high-speed broadband service.

McCollum said there are tweaks being made to the business model and how Philo gets woven into an ISP's broadband service. "I think we're very optimistic about the potential there," he said. "In the long run, I think it makes a ton of sense."

Comcast, meanwhile, has attempted to tighten its integrations with OTT providers using Xfinity Flex, a streaming platform targeted to cord-cutters and its broadband-only subs.

Philo is not currently integrated with Flex, but McCollum believes that Comcast would be well served to further open up that ecosystem and create a platform that can compete at a higher level against popular retail streaming offerings from Amazon (Fire TV) and Roku.

"We are biased, but we believe making it more open and allowing a lot of different services to flow through that is going to be to their benefit," he said. "I think it would be smart for them to start embracing that future sooner rather than later."

brielleluna 11/14/2019 | 11:44:26 AM
PS Anyways, this news is as sweet and great as the cbd chocolate review I have just read online. If this will be improved, this 21st century world will be the best and historical era of all time.
Reply | Post Message | MESSAGES LIST | START A BOARD

patsm00re 11/6/2019 | 9:15:22 PM
CEO McCollum: SVoD Surge Could Be Boon for Philo Excellent weblog, great work. Your idea have most certainly been written any better.  2048 game
Reply | Post Message | MESSAGES LIST | START A BOARD
EDUCATIONAL RESOURCES
sponsor supplied content
The VOD Factor
Just You, Me and the TV: Shifting to a Direct Customer Relationship Model
Video to the CDNth Degree: Multi-CDN Delivery Optimized for Big Video
Educational Resources Archive
More Blogs from CxO Spotlight
Adeia CEO on what follows the spin-out from Xperi