Microsoft has confirmed it is continuing talks to buy and manage the short-form video social media platform TikTok in the US, as well as Canada, Australia, and New Zealand.

The announcement comes following what appears to have been an about-face by President Donald Trump.

On Friday, he told reporters on Air Force One he planned to ban the app in the US, due to security concerns over data handling by its Chinese parent company ByteDance.

A little more you
The US software giant issued a statement on Sunday saying it "will move quickly to pursue discussions with TikTok's Chinese parent company, ByteDance, in a matter of weeks  completing these discussions no later than September 15, 2020." 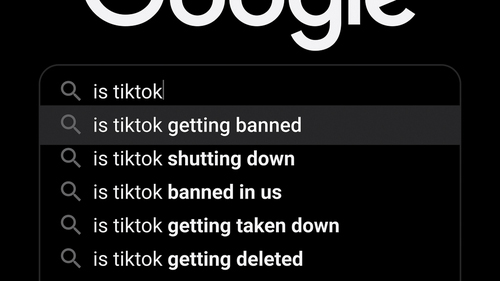 Microsoft said it may also invite "other American investors" to acquire minority stakes in TikTok.

The company indicated it made the announcement following a conversation between its CEO Satya Nadella and President Trump.

According to Reuters, Trump said on Friday he opposed the idea of Microsoft buying TikTok, and was planning to ban the app. This was because of concerns its Chinese ownership is a national security risk, due to the personal data it handles.

The news agency cited sources close to the matter as saying Trump only allowed Microsoft to proceed with the acquisition negotiations if it could secure a deal in 45 days.

Microsoft said it "fully appreciates the importance of addressing the president's concerns. It is committed to acquiring TikTok subject to a complete security review."

However, the Financial Times claims ByteDance executives believe the intervention is simply a tactic to help the US software company get a better deal.

A lot less them
Among other measures, Microsoft said it would ensure all private data belonging to TikTok's US users is transferred to, and remains in, the US.

"To the extent that any such data is currently stored or backed-up outside the United States, Microsoft would ensure that this data is deleted from servers outside the country after it is transferred," the company said.

The Redwood, Washington-based company already owns LinkedIn, and the purchase of TikTok would certainly elevate its position as a social media player.

TikTok is said to have 100 million US users in the US alone.

Reuters reported last week that ByteDance's valuation expectations for the app exceeded $50 billion, although a Bloomberg opinion article described such a value as "fanciful".