Where cable is going with the edge

As stressed in the first three parts of this series, few things are hotter in today's tech world than edge computing. Companies of all types are seeking to bring powerful Internet functionality close to the edge of their service delivery networks. That makes sense, because edge computing promises to transform the entire underlying structure of the Internet – from massive, centralized data centers to a much more distributed storage and computing ecosystem.

Edge computing aims to accomplish this by putting the vast processing power of computers and the Internet right where the decisions need to be made in real time or at least near-real time. The technology seeks to bring intelligence all the way to the devices at the network edge almost instantly, rather than spend precious milliseconds on round trips to the cloud or a data center.

To learn more, Heavy Reading recently teamed up with four leading tech vendors to conduct a comprehensive study of cable operators' edge computing views, plans and strategies. In this series of sponsored blog posts, we present the results of the study, discuss their implications and draw conclusions about cable's edge computing efforts.

Thus, it appears that most network operators would rather not put all their eggs in one basket just yet by favoring one approach over the other. Instead, they appear determined to take the approach that best suits their needs at any given time.

These findings also indicate that operators may need a higher-level architecture to handle both their public and private cloud deployments. That, in turn, points to the need for further network upgrades. 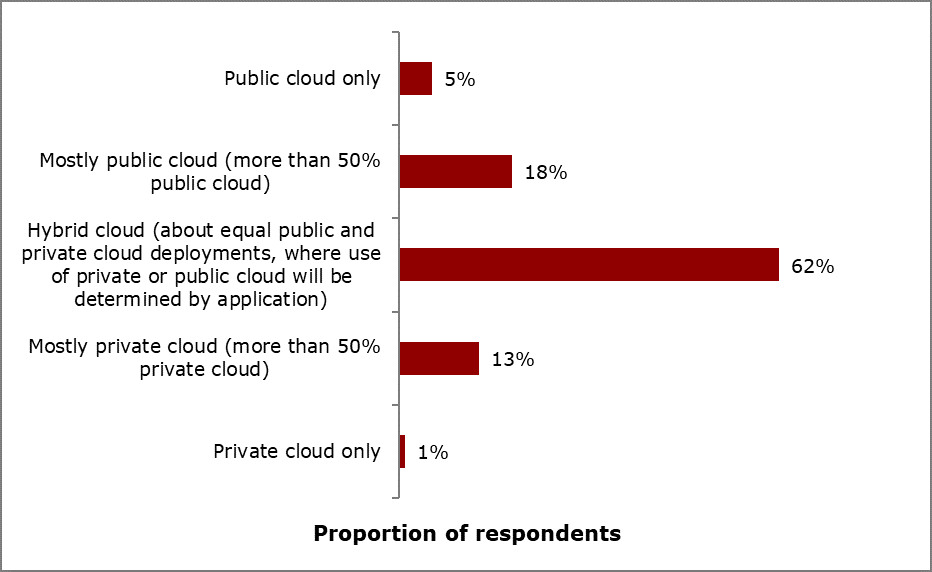 The importance of partnerships

As they pursue their multi-access edge compute strategies, network operators are picking and choosing their partners for these journeys. Seeking to find out about their would-be partners, the study asked operators which of the major hyperscalers they would prefer to work with.

As shown in the figure below, Amazon Web Services (AWS) came out on top as the most preferred hyperscaler in the survey, attracting votes from about a third (34%) of participants. Microsoft Azure finished in second, garnering support from 28% of respondents. Google Cloud came in third place, registering votes from 18% of the audience, while 16% said their company would prefer to leverage its own infrastructure.

These results match expectations because they line up closely with market share figures published by various research houses. In those rankings, AWS generally stands out as the market leading hyperscaler, followed by Microsoft Azure and Google Cloud.

The findings also indicate a strong desire by operators to have pre-set, pre-baked functions from the hyperscalers to support their edge compute services. That makes sense because it's a big part of why the major hyperscalers enjoy such a strong appeal in the first place.

The importance of partnerships 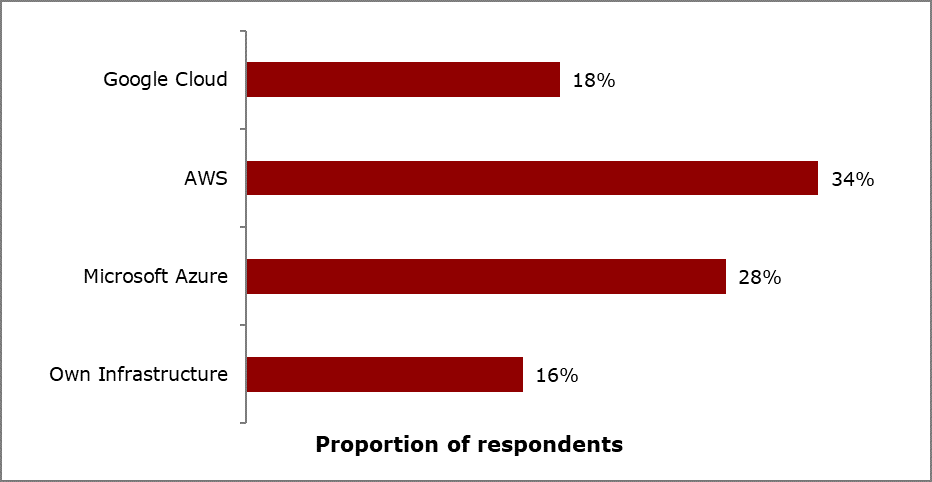 Delving deeply into network virtualization, the survey asked service providers what they think about implementing new virtual functions as their edge networks evolve and they shift more network functions from their legacy physical architectures to the cloud. With this question, survey designers sought to find out how likely operators are to pursue various network virtualization approaches.

The complex results were very mixed, with four of the five available approaches earning strong support from the survey participants. But one key point that clearly emerged from the results is that operators seem most likely to adopt an as-a-service approach using a hybrid cloud model that integrates with existing cloud and public cloud services whenever necessary. Nearly two-thirds (64%) of survey participants ranked this approach either first or second, giving it the highest overall score. Further, slightly more than a quarter (26%) ranked it the very highest on a scale of one to five.

As can be seen in the figure below, though, three of the other four approaches for virtualizing network functions also scored highly on the scale. For instance, nearly as many respondents (62%) gave high marks to an on-premises approach that would assume full ownership for all hardware and software, including management, maintenance and upgrades.

What these results indicate is that service providers may well take several different routes to network virtualization at the same time, rather than limiting themselves to a single route. While MEC deployments are now taking place in hub sites and operators may view their hub sites as prime real estate for MEC, the technology can support all these various approaches. It offers operators the flexibility to do what works best for their specific architectures and use cases. 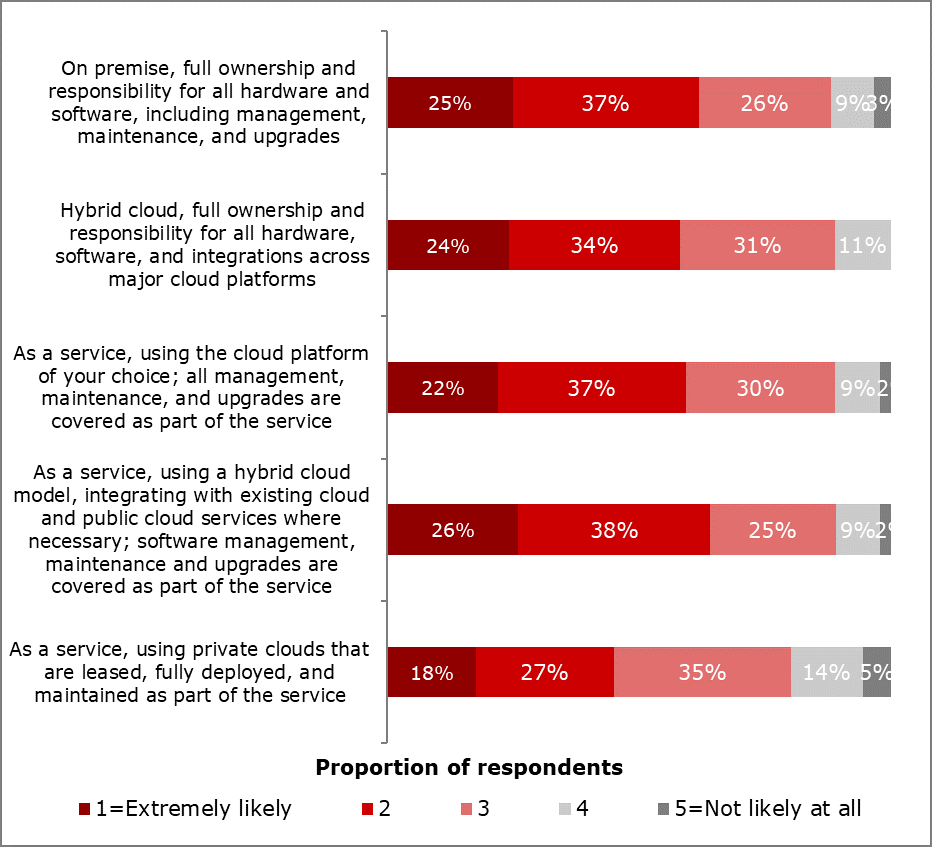 The edge will live where it's needed

The last question highlighted here focused on the choice between repurposing distributed hub sites and switching to a more centralized edge cloud. The survey asked operators which approach their company is exploring or would prefer to undertake.

These results show that a hybrid approach is the most appealing to providers. As depicted in the figure below, nearly two-fifths of survey participants (39%) favor a hybrid combination of these two basic strategies, making that the lead choice. A third (33%) of respondents said their company prefers a more centralized edge cloud approach, while a quarter (25%) favor repurposing their distributed hub sites.

So, once again, providers seem to be embracing a hybrid approach encompassing both the public and private clouds. Flexibility is clearly critical.

The edge will live where it's needed 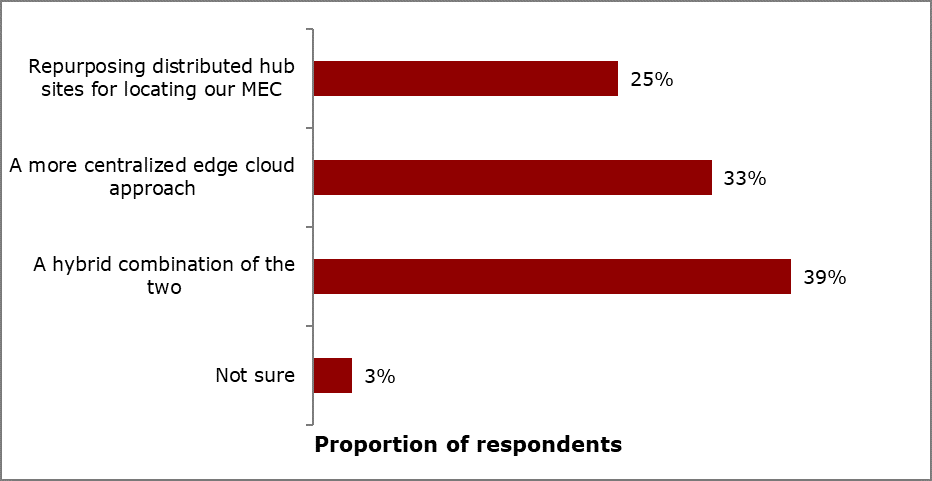 That wraps up the key results from the cable-edge compute study. For a free copy of the Heavy Reading white paper detailing all the study results, please click here: to register.

This blog is sponsored by Cisco.