Telefónica caught the telecoms world off guard late Wednesday by unveiling a major new, five-point corporate plan that, according to chairman and CEO José María Álvarez-Pallete, sets the company up for the next 100 years.

The five pillars of the new strategy are: 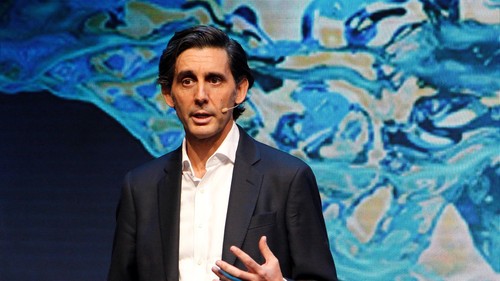 Telefónica Chairman and CEO José María Álvarez-Pallete says the new strategy will set the operator up for the next 100 years.

The revamp involves some changes at the senior executive level: Out goes Chief Commercial Digital Officer Mariano de Beer and head of Hispam Sur Bernardo Quinn; in comes Enrique Blanco, who as CTIO will be head of Technology and Architecture, a unit responsible for defining the operator's "strategic technological guidelines."

Blanco will report to COO Angel Vilá, who appears to be the day-to-day lynchpin in the new-look operator: In addition to overseeing Telefónica Tech and Telefónica Infra, Vilá will have overall responsibility for the four main country businesses; the Digital Consumer unit (headed by Chema Alonso, currently Chief Data Officer); and Business Solutions, which will be headed up by Telefónica Tech's José Cerdán.

For the new executive management team chart and other details about the move, see this press announcement.

The move looks bold, separating large chunks of the telco's physical infrastructure into a group that will seek external investments and creating a specific services unit tasked with driving new revenue growth (something that all operators are currently craving), but is no doubt designed to set the company up to operate in the most efficient way as it rolls out its 5G strategy.

Light Reading will report more on this revamp as more information becomes available.