Europe's Big Telcos Are Getting Edgy About 5G

A scruffy-haired teen darts from behind a parked car on Berlin's Potsdamer Platz, points his Samsung smartphone like a war photographer in the thick of combat and begins tapping the screen manically. His target is another German youth adopting the same posture. Dozens are mimicking their behavior.

They are playing a new augmented reality game of virtual dodgeball that is like Pokémon Go on steroids. And just as Pokémon Go went viral in 2016, this high-octane successor, also developed by Californian games company Niantic, has all the potential to be a global hit -- and a nuisance for any pedestrians near enthusiastic gamers.

But it is still just a concept. While Pokémon Go could work effectively on most of today's high-speed mobile data networks, Niantic's latest innovation needs far more advanced technology. The main challenge is "latency" -- the time in milliseconds it takes a network signal to travel from one point to another. If that is too high, virtual dodgeball and other "low latency" applications will stumble. Customers might, too: In the case of virtual reality, a signaling delay that is even slightly too long can make the user feel nauseous, say experts.

Less Painful Than the Real Thing? 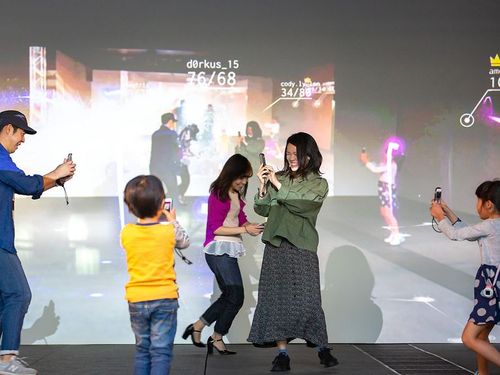 Codenamed Neon, Niantic's virtual dodgeball game has been given a thorough workout in test conditions.

Until now, the companies that build and operate mobile networks have focused mainly on "bandwidth," the amount of data that can be sent over a connection. Thanks to investment in much higher-speed 4G networks, smartphone customers today can videoconference friends or watch a 4K movie on a bus trip. But reducing latency is much tougher. The cut needed for some applications could mean redesigning networks at major expense. And operators still have little sense of the consumer and business appetite for these applications.

The next-generation 5G standard has been a catalyst for recent thinking about low latency services. Now locked down, a new "air interface" that provides connectivity between devices and mobile sites should make a big difference in that area of the network, according to Scott Petty, the chief technology officer of Vodafone UK. "It will go from 25 milliseconds to eight milliseconds," he says. That partly explains the excitement that surrounds 5G.

An improved air interface will only do so much, though. The more troublesome bit of the network journey lies between the basestations and the data center where the application is hosted. Without any big changes here, Petty thinks Vodafone could reduce latency on its mobile data networks from about 50-60 milliseconds to roughly 30 -- enough to handle some online gaming and similar applications. But to do vehicle-to-vehicle communications, it would have to get below 15 milliseconds, while virtual reality could demand less than ten. If Vodafone wants to support these services, it will have to look past the radio.

Taking It to the Edge 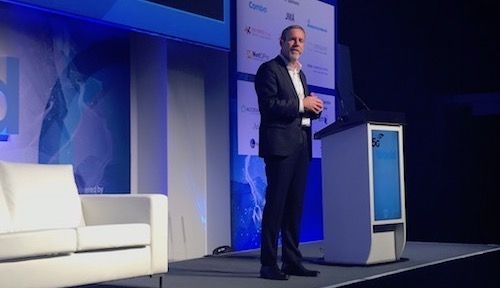 The answer is an overhaul of network architecture that goes by various names: edge computing; edge networking; the distributed cloud; even (to some) fog computing. Yet whatever the nomenclature, the goal is to host the application and other computing resources much closer to the basestations, reducing the distance a signal must travel and cutting latency along with it.

Once again, 5G could make the key difference. While the new air interface forms part of the "Release 15" specifications update, Release 16, due to be finalized early next year, promises new "core network" features to support edge computing. It will do that by taking advantage of a technique called "virtualization" and improving on what has been available until now.

In old-fashioned networks, hardware and software are as inextricably entwined as in Apple's iPhones. Virtualization is the tool that has allowed Vodafone and others to start wrenching them apart. The objective is to turn network functions into software programs compatible with any standard server. That should allow operators to move computing power around the network, with edge services in mind.

Unfortunately, virtualization has so far left many operators feeling disappointed. Vendors have simply rehashed existing network functions, say critics, rather than breaking them up into smaller, reusable components that can be more easily deployed. But there is some optimism that such "cloud-native" technology is finally taking shape as Release 16 comes into view. By separating processing and storage capabilities, this could make applications properly "stateless," so they can be deployed at various points in the network. Those include the edge data centers needed to cut latency.

Next page: Tiptoeing toward the edge

openfiles01 4/2/2020 | 3:30:48 AM
open JPEG file This post is discussing in an outstanding way. I like your way yo discussed your valid points and facts about this.
Reply | Post Message | MESSAGES LIST | START A BOARD

PaulyD 3/7/2020 | 10:30:54 AM
5G Technology 5G Technology is definitely getting some attention these days. Don't know its hysteria or just plain fear of the unknown. Either way it's weird. |   5G Technology |
Reply | Post Message | MESSAGES LIST | START A BOARD

zoelaw 1/29/2020 | 12:07:13 PM
Re: best hair straightener for fine hair The newly formed  Hall of Fameis ban awesome step by light reading we are observing and tell our employees of to read articles from light reading. It is a good source of knoledge among all online resources available. I agree that all do hardwork to achieve this level and it is essential part of our that e achieve this goal, many congratulations to all from our team.

Elvira Madigan 1/21/2020 | 3:21:05 AM
Informative Post! I always found your sharing very informative. Likewise before, I noted many points and while working with I will keep following the points noted. Keep sharing.
Reply | Post Message | MESSAGES LIST | START A BOARD

BaileyGraham 1/10/2020 | 1:26:31 PM
best hair straightener for fine hair I'm going to read this. I'll be sure to come back. thanks for sharing. and also This article gives the light in which we can observe the reality. this is very nice one and gives indepth information. thanks for this nice article... best hair straightener for fine hair
Reply | Post Message | MESSAGES LIST | START A BOARD

BaileyGraham 1/7/2020 | 10:19:35 AM
small business ideas in mumbai Hey what a brilliant post I have come across and believe me I have been searching out for this similar kind of post for past a week and hardly came across this. Thank you very much and will look for more postings from you. small business ideas in mumbai
Reply | Post Message | MESSAGES LIST | START A BOARD