No virtue-signaling telco strategy would measure up these days without a salute to the environment and promise to be as green as a tree-dwelling pygmy. Scientists have been quick to blame a European summer of storms and devastating floods on climate change, caused by people who prefer air-conditioned flats and Netflix to the hunter-gatherer lifestyle.

Even Alok Sharma, a smug-faced member of the UK government, has recently joined in the condemnation, despite jetting off to 30 countries in a seven-month period. Ordinary folk would not get away with this virus-spreading, planet-killing behavior during the worst pandemic since 1918, but the elite seem to be exempt from the rules. If the world were full of Alok Sharmas, Londoners might already be commuting to work by rowboat. 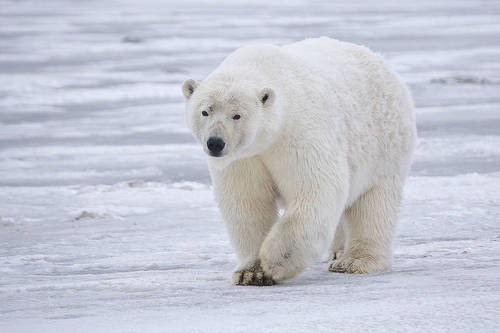 Point is, as energy-guzzling corporations fall under public scrutiny, telcos are desperate to absolve themselves of responsibility for homeless polar bears and slushy icecaps. The industry is even promoting itself as an environmental savior. The mobile telecom sector accounts for just 0.4% of global carbon emissions and "enables" carbon reduction in other industries that are "ten times that level," said Mats Granryd, the director general of the GSM Association, shortly after boosting his carbon footprint on a kerosene-powered flight to Barcelona so that he would not have to bother with Zoom.

Nearly all the European incumbents now dedicate pages of their annual reports to backslapping about their environmental friendliness. These are usually sprinkled liberally with expressions like "carbon-neutral" and "net zero" and make a big deal of renewables as a source of energy. Aside from a few dates and details, they all look the same.

Take BT and Vodafone, two of the UK's largest network operators, for instance. BT has pledged to be a "net zero business" by 2045 and claims since November last year to have sourced all its electricity from renewables. Vodafone has been doing the same since July and aims to be net zero by 2030. Other big operators have similar targets. France's Orange and Germany's Deutsche Telekom reckon the carbon clampdown will be complete by 2040.

Why does Vodafone, with its international business, think it can beat the mainly British BT to this net-zero gong by 15 years? Even if Vodafone were a green pioneer, and BT a laggard, you would expect a difference of just a year or two. Yet BT claims to have hit the 100% renewables milestone eight months ahead of Vodafone. A 15-year gap adds to the impression these are just arbitrary dates whisked out of the carbon-filled air.

The definition of net zero, moreover, is as hazy as the sky above a coal-fired power plant. Philippe Tuzolino, Orange's environmental director, fesses up in a detailed blog that net zero is not the same as carbon neutrality, which "can only be considered on a global scale." Individual companies have no or limited control over what others might do. What's more, the whole concept of carbon neutrality is misleading, judging by Tuzolino's blog. "In reality, a company can only contribute to global carbon neutrality and cannot be neutral in itself because it continues to operate as a business and therefore emit CO2," he writes.

The reason Orange thinks being net zero will take another 19 years is that it factors in what its suppliers and customers will do under so-called "Scope 3" emissions. Vodafone uses the same terminology and  its annual report small print shows  has the same 2040 target when Scope 3 is considered.

Operators can exert a great deal of influence by refusing to buy stuff from careless suppliers. But there is limit to how virtuous they can be. Smartphones, of which about 1.5 billion are sold annually, use raw materials such as tantalum that must be dug out of the ground, often in parts of the world with unsavory regimes. Mining and production alone are thought to account for most of a gadget's carbon footprint over its lifetime.

The environmental cost of smartphone use might be relatively small. Granryd reckons using a smartphone for a year has the same impact as driving a car for three hours or flipping eight hamburgers. But take-up and usage are rocketing, and operators cannot dictate the terms of energy consumption to their subscribers.

Even as they proselytize about carbon reduction, operators are urging industries to connect more objects to electricity-using telecom networks. A future Internet of Things will feature billions of those objects, they hope. In late 2017, Anders Andrae, a researcher at China's Huawei, reckoned the entire information and communications technology sector would consume a fifth of the world's electricity and be responsible for 5.5% of its carbon emissions by 2025.

The renewables schemes that operators tout in their annual reports also provoke skepticism. They rely heavily on the "guarantees of origin" that companies are now able to purchase from energy providers. But these certificates are extremely controversial. They can be traded, rather like financial assets, and do not always have the desired effect. "The traded market prices are so low that the money is not enough to finance new green energy," said Strand Consult, a Danish advisory group, in recently published research. "Certificates can change hands without causing any new renewable energy to be added or produced  a green transaction, but no transition."

Such concerns prompted the UK government to launch its own investigation this month. Its REGO (renewable energy guarantees of origin) system is open to abuse, reports the Guardian newspaper, because of various loopholes. One risk is of "double counting" renewable energy supply use, says the Guardian report, while another is that foreign renewables are claimed as the UK's own.

None of this means operators should abandon their green commitments. But the achievements and targets they cite hold little value without context, transparency and a recognition that environmental schemes have shortcomings. How, for instance, do operators reconcile their current enthusiasm for open RAN, a technology that relies on more power-hungry chips, with a pledge to be more energy-efficient?

Few seriously believe that corporations and their dividend-hungry shareholders care more about coral reefs than cash flow. But energy efficiency could boost profitability and prevent operators from losing environmentally aware customers. A focus on those business benefits would be a good place for the industry to start.