Always intent on expanding its broadband-based revenue opportunities, Comcast is introducing a pilot program in Houston that ties together home insurance with Xfinity Home services and devices. The offering is made possible through a deal with insurance broker Hippo. Comcast customers in the region are entitled to an automatic discount when they sign up for Hippo insurance, and they earn access to additional savings when they install an Xfinity Home security system and use products like Xfinity connected smoke detectors. 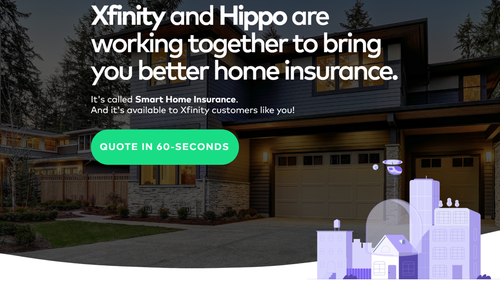 While technically a new endeavor, Comcast's arrangement with Hippo certainly isn't a new idea. Cable companies have been trying to figure out how to generate more money from home security offerings for years. Comcast introduced its original Xfinity Home Security service in Houston nearly eight years ago, and even then, it connected the offering to potential home insurance savings. (See Comcast Targets Home Security Market.)

The Xfinity Home service of 2018 is more sophisticated than its predecessor, but the concept hasn't changed. Comcast has a communications network that can power smart home and security functions. It's using that network to bring in new revenue, while also appealing to partners for cross-marketing and sales agreements that have the potential to benefit multiple parties.

A Comcast spokesperson likens the home insurance idea to what car insurance companies are doing with vehicle monitoring. "It's sort of like the telematics idea with car insurance companies," he noted in an emailed statement. "If you as a driver put a device in the car to monitor how well you drive, then you can be eligible for lower premiums."

As a long-term vision, Comcast is building an operating system that can work across a multitude of connected devices. With that OS in place, it's a logical next step to introduce new value-added services, all of which ride on top of Comcast's network and software platform.

Want a little trip down memory lane? Here's a brief look at Comcast's evolution in the smart home market.

kq4ym 6/7/2018 | 7:25:49 AM
Re: Hmm The trade-off of course is that to get that discount on insurance or other services is that some privacy may be given up as the IoT devices upload information to the providers who may or may not share that info with others. There's still no free lunch even though some convenience may be traded from valuable information from consumers.
Reply | Post Message | MESSAGES LIST | START A BOARD